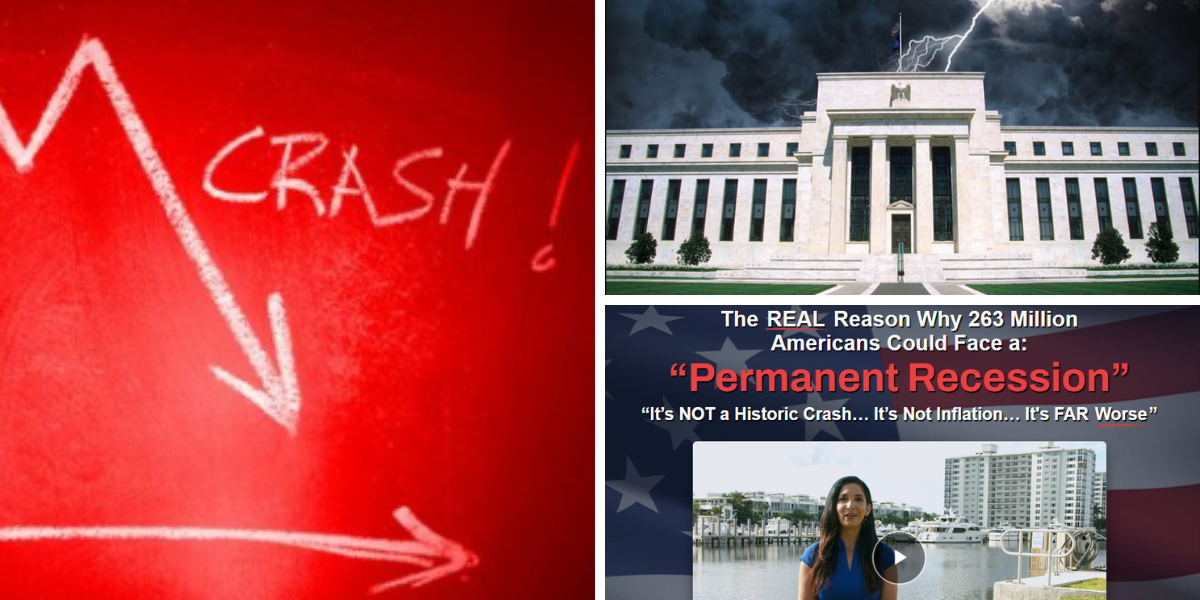 Today, Nomi is going to reveal the real reason the top 1% of Americans continue to drift farther away, while the rest of us stay stagnant. She will also reveal her “#1 Stock For America’s New Era” to get out of this cycle.

America has become a land of extremes, where the winners take all, while everyone else settles for the scraps. But the truth is, this is so much bigger than partisan politics or monetary policy.

Nomi Prins spent time at Chase Manhattan Bank, Lehman Brothers, Bear Stearns, and Goldman Sachs, before hanging it up and becoming an investigative journalist that sheds light on Wall Street’s more nefarious practices and the US economy at large. We have covered some of Nomi’s past work here, including her Rapid Growth Opportunities and “Great Distortion” Stock Pick.

Almost no one knows why this is happening or why it’s about to accelerate beyond anything we’ve seen before, directly affecting our savings, jobs, and even our personal freedoms.

Rest assured, all will become clear as day in the months ahead. Including the strange force creeping under the roots of America slowly robbing the savings and freedoms of millions of Americans. However, on the flip side, it could also be the biggest profit opportunity we ever see in our lifetimes.

When we take a step back and look at the statistics, this all begins to make more sense. For example, about 1,700 new millionaires are minted every day. But at the same time, the average American worker is earning $32 less per week than they did in 1974. This is just one example, but what is the real underlying reason for this growing disparity?

Before we go off writing about this topic, as it is a weighty and worthy one. We need to know that the final robbery of the American people by this institution is now taking place and there are a few things we can do to protect whatever wealth we have left.

Nomi has compiled everything we need to know inside a new blueprint, called: The #1 Stock For America’s New Era: How to Collect a 500% Return As History’s Biggest Wealth-Shift Dominates The Nation.

This #1 Stock pick along with a few other freebies are included when you sign up to something called the Distortion Report. Every month readers will get a #1 play to not only keep their wealth protected from market distortions, but also walk away with new wealth. A subscription currently goes for $49 for the first year, with access to everything.

How The Game Has Been Rigged

Hardly any mainstream publications stray far from the official narrative nowadays, but surprisingly Business Insider recently asked a powerful question regarding The Fed: Is America free if a private bank owns and controls our economy?

In my own humble opinion, the answer is a clear no. A free market cannot exist, so long as a central entity is setting interest rates and without a free market, some (chosen) parties will always prosper more than others. So, if you’ve ever felt like you have been held back, running in place, working long hours only to just barely get by, now you know why. The Federal Reserve is the reason 64% of Americans are now living paycheck to paycheck.

While we’re being told our present predicament is because of “Putin’s price hike”, the war in Ukraine or greedy businesses raising prices each week. It’s actually much bigger than this, all we have to do as the old saying goes, is follow the money.

On paper, this is what central banking is supposed to do:

“Trickle down wealth” is the term it is given, but Nomi believes this to be the biggest lie in financial history and I would tend to agree with her in this instance. Instead, this is what The Fed actually does:

As one of the only entities in the world that can “print” or fabricate trillions of dollars and funnel it to the rich, it is doing exactly this.

This is the permanent distortion -the separation of the rich and elite versus everyone else. The bad news, is that it could get worse. As we are on the verge of a financial shock that could soon replace all the physical cash in the world, with a digital counterpart. That’s right, Central Banking Digital Currencies (CBDCs) are on the way, with some 90% of central banks in the process of planning the digitalization of their currencies as we speak.

The good news, is that the biggest investment opportunities in history always happen when there’s a world-changing transformation like this. This time around is no different, with a massive amount of new money now moving into a few specific sectors.

Nomi believes one single stock holds the power to create extreme wealth for early investors. One that the rich and elite are piling into, right now.

Based on this set of clues, the stock in question here is Block Inc. (NYSE: SQ). This is why we are so sure:

This would imply a discount of 2,500%, given Block’s present market cap of around $38.7 billion. High expectations for the financial services and digital payments company that is comprised of popular businesses such as Square, Cash App, TIDAL, and Spiral, which builds open-source projects that advance the use of Bitcoin. So, can it get there and become a trillion dollar stock?

Block’s stated aim is to create tools that help expand access to the economy. In this respect, its ecosystem of products is doing this. With the number of mid-market businesses using Square’s payment processing suite up by 5% over Q1 2021 and Cash App gross profits also up 26% on a year over year basis.

The group is profitable and growing fast, including internationally, where profits are currently under $100 million annually, but growing at an increasing clip. To call Block the #1 stock for a digital currency era is ambitious, but it also isn’t that farfetched if a cashless future becomes reality.

Do you agree or not agree with Nomi’s assessment of a looming switch to Central Banking Digital Currencies (CBDCs) from paper fiat currencies? Tell us in the comment section below.