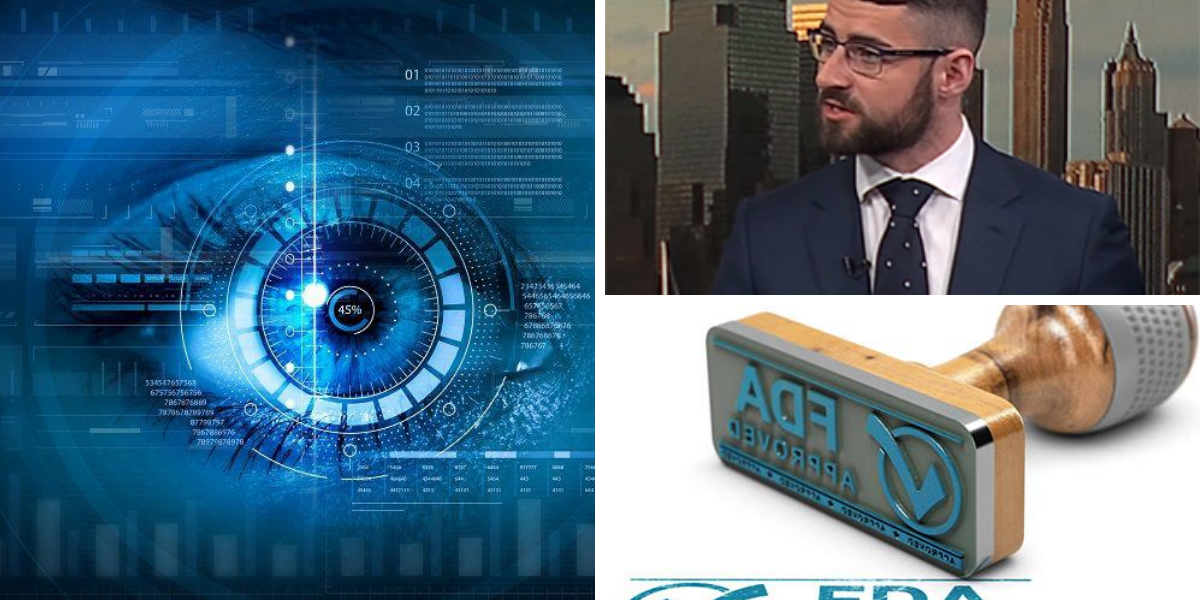 What do chihuahuas, blueberry muffins, artificial intelligence, and potential 1,000% investment gains have in common?

Stephen McBride of RiskHedge uses all of them as examples in one of his latest stock teasers for a $4 stock that in his words could be “the greatest disruptive innovation in a generation.”

The basic premise is that computers or artificial intelligence/computer vision currently cannot distinguish very well between cute little dogs and muffins when presented with a rather simple collage image of the two together: 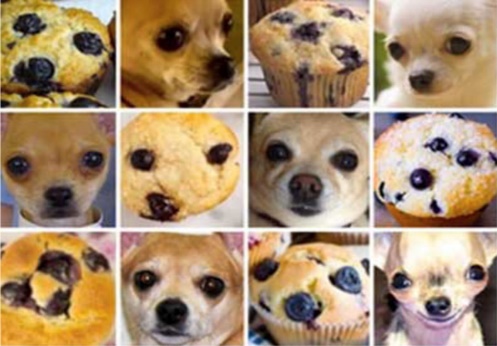 However, Stephen goes on to tell us that he sees the improvement of computer vision as one of the next big breakthroughs in technology and that it “will change every aspect of the way we live.”

He elaborates by saying that “The greatest minds in the world have been at it for years…and results are spotty at best, like dogs and muffins. But once a computer CAN see like a human…it will unleash the next great leap forward for computers and what we can make them do.”

It only makes sense that he’s identified one $4 computer vision stock that 99.9% of investors haven’t heard of and believes that its “breakthrough is just months—maybe weeks—away.”

To his credit, he does tell us that what he is writing about is “NOT science fiction, although it might seem so at first.”

Strap in as things are about to get wild. Stephen predicts that “this new technology will soon be in every smartphone, tablet, laptop, and desktop. It will be used in practically every industry around the world.”

And if we move quickly enough “this $4 stock could hand you the kind of carefree retirement most people only dream about.”

Bold claims which are backed up by screenshots of pharma stocks that shot up dramatically in the past after receiving FDA approval for their respective drugs or devices. McBride thinks his pick has received fast tracked approval from the FDA, which will get their technology to market before any competitors.

He’s so confident that “This breakout technology is on the cusp of saving millions of lives and billions of dollars… and can even help protect us from deadly viruses.” That he says the stock he’s “uncovered is Ground Zero for one of the biggest technological advances to hit the human race.”

Stephen stakes that this is “hands down the biggest call of my career.”

Who is Stephen McBride?

Stephen is a professional fund manager and the chief analyst at RiskHedge. He previously worked at a billion-dollar financial institution in New Zealand before realizing the corporate life wasn’t for him after all (I can relate) and began his journey around the world.

Most newsletter writers I have found are wall street outsiders for the most part, which could also be a prime reason why they are attracted to companies off the beaten path – for better or as is often the case worse.

So what exactly is this breakthrough computer vision technology? It’s Artificial Intelligence.

That last vertical – healthcare is what we are concerning ourselves with here, as Steven McBride’s computer vision stock uses computer vision technology to test for early signs of Parkinson’s disease.

McBride also details other areas where this technology is already being tested and might eventually be used, including viral outbreaks that spread fever: “Imagine the peace of mind of not having to go to a crowded doctor’s office or emergency room to be tested in the next pandemic.”

It’s true that telemedicine is a rapidly growing field within healthcare and AI will play a big part in its advancement. That said, is the company being teased by Stephen really going to be the one to revolutionize this field?

Let’s take a look at some of the clues dropped in the teaser which will help us identify the company in question.

Piecing this puzzle together we were able to track down a company that perfectly fits this description like Cinderella’s slipper.

The company is Sweden based Tobii AB (OTC: TBIIF) They develop and sell eye-tracking technology and solutions in Sweden and internationally.

How can we be so sure that we didn’t try to force the slipper on one of Cinderella’s wicked step sisters?

The company’s primary product is it’s Dynavox system that allows disabled people to speak using the help of a computer system that integrates eye tracking.

It also has two other segments: Tobii Pro, which provides eye-tracking hardware and other software solutions and Tobii Tech, that offers eye-tracking integration solutions in the areas of gaming, computers, vehicles, virtual reality, and smartphone markets.

While not being a huge AI play as the beginning of the stock teaser hinted at, Tobii’s technology is much more focused on improving human/computer interaction through eye tracking. This technology does show a lot of promise as its presently in the early stages of being implemented across a wide range of consumer applications.

The company was originally founded all the way back in 2001, but has only been publicly traded since late 2015, which gives you some idea of how long a healthcare related entities timeline can be before reaching the market with its products.

Is Tobii going to Redefine the $7 Trillion Medical Tech Market?

While the business has been gaining momentum as the underlying technology behind its products becomes more advanced, making “10 TIMES, even 100 TIMES your money” is going to take a long time.

Tobii’s growth rate isn’t what you would expect from a medical tech high flyer – 20% year over year revenue growth, 8% growth in income, and slight margin growth.

Unless Tobii dramatically ramps up their growth rate over the next year or two, their stock is unlikely to receive the crazy valuation from the market that many tech darlings today enjoy. The fact that it is primarily listed on the Nasdaq Stockholm AB is also a contributing factor to this.

While the company does have good underlying technology that is beginning to be used in an ever greater number of applications, and it’s nice to see that the founders still own 10% of the company (as such businesses are more times than not better managed). We don’t see Tobii breaking out any time soon as its financials are more indicative of a long-term play.

Curious to hear what you think about Tobii? What about artificial intelligence used in medicine, is it the future? Are we being too pessimistic?