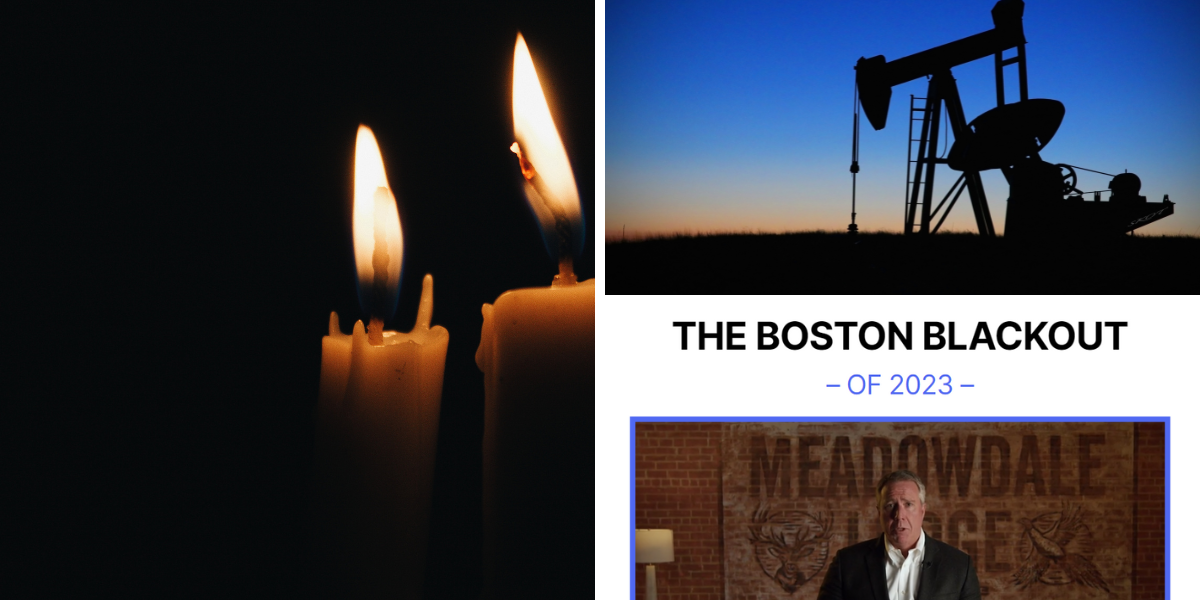 Porter Stansberry says there is nothing surprising about the coming energy crisis this winter.

The disaster has been more than a decade in the making. Fortunately, Porter has identified a “Gods of Gas” LNG Stock Pick to protect yourself and profit from the coming catastrophe.

Porter’s presentation starts off by mentioning how Boston (Massachusetts) averted its last near-blackout during the cold snap of 2018 by purchasing now-banned Russian natural gas.

Porter Stansberry is back with his first new publication – The Big Secret on Wall Street (This Week) since retiring from the company we all know him for, Stansberry Research. We previously reviewed Stansberry Research and also covered several presentations, including The Ugly Truth Behind America’s Economy.

This winter could be far worse for people in the Northeast, with Porter going so far as to say that emergency generator-powered public shelters could be set up for those that remain without heat or hot water in the dead of winter.

But it won’t end there. Because although the worst of the “economic catastrophe” may hit New England first, Porter claims that it could soon spread across the country.

Even credible experts believe a natural gas crisis is imminent and with prices already at their highest point in nearly two decades, it’s hard to argue their point.

Predictably, all of this has led to a tightening of existing gas supplies and higher prices.

Bottom line: There just isn’t enough LNG that can be sourced on the open market without “very significant increases in prices.” Supply needs to be increased.

As is the case with most crises, someone somewhere is getting rich off of this and Porter is going to show us how that someone could be us with a trio of American natural gas companies.

Porter reveals all three of his stock picks in the new weekly newsletter –The Big Secret on Wall Street (This Week).

The cost is $1,000 annually to become a charter member or $5,000 as a one-time payment for a lifetime membership. Either amount will get you a weekly newsletter containing expert analysis along with access to a recommended stock portfolio.

Unleashing LNG in the US

America needs to produce something like 50 billion more cubic feet of natural gas per day just to keep pace with demand.

Fortunately, America has the capacity to dramatically increase production to fulfill both its own power needs and have enough left over to keep exporting to Europe.

This could make natural gas and infrastructure investors a fortune. There’s only one catch…

The federal government isn’t likely to change course on its misguided environmental agenda, which includes not approving any new natural gas exploration and production until its hand is absolutely forced. So what will it take? We may need to see real shortages and even blackouts before some in positions of power realize the gravity of the situation.

In New England alone, such policies have already cost residents over $3 billion in higher utility bills compared to consumers in Pennsylvania.

Currently, there are more than 170 LNG facilities operating in the U.S. performing a variety of services. Under normal circumstances, this would be enough to get by on, if it weren’t for the fact that the US is now the world’s largest LNG exporter as of the first half of the year. Add to this that almost all liquefied natural gas supply is sold under contract, with contracts typically decades in length and that leaves very little LNG available on the open market.

A few companies are aiming to change this, including an enterprising “Gods of Gas” natural gas producer that has been gradually building up its capacity. Let’s find out what these are.

This was a video presentation with no transcript, so here is what I was able to gather on the go:

The Gods of Gas Stock Pick

The company is clearly EQT Corp. (NYSE: EQT). What gave it away?

After consulting several high yield stock and trust lists, nothing seems to quite match Porter’s description here. The closest I was able to find was Kimbell Royalty Partners LP (NYSE: KRP). Although KRP does have a dividend yield narrowly above 10% and it owns 46,000 wells in the Permian Basin, its market cap is half the $5 billion mentioned by Porter.

Will the Gods Grant Profits?

The hard truth is, despite all the splashy headlines about green energy. Fossil fuels still make up more than 80% of all electrical generation capacity today.

This isn’t going to change anytime in the next decade and perhaps beyond. In this respect, owning a few proven and profitable traditional energy businesses sounds like a level-headed move.

Are there better energy bets out there? Tell us in the comment section below.