Stanberry Research’s “Will You Be Left Behind?” Teaser – Reviewed 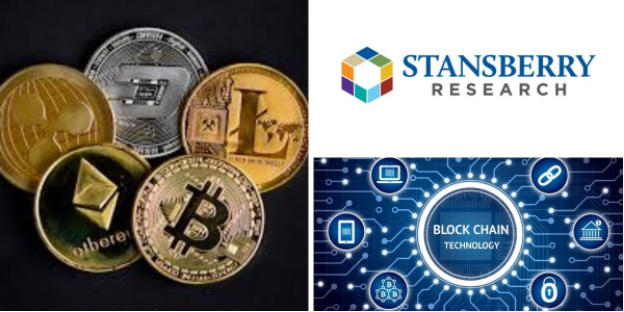 If you’re familiar with Porter Stansberry, then you probably already know his unique pitches and the style he uses to get his ideas across. The author is known for his storytelling techniques that have proved time and again to be successful marketing tools in recruiting new subscribers to his investment newsletter, Stansberry’s Investment Advisory, which he is currently selling for $79 per year, for the Premium edition. Those that choose to sign up will receive 12 issues of the report, including this “Will You Be Left Behind” report, three additional special reports, including “2 Companies Revolutionizing the Digital Shift”, which is what he also pitches in his current newsletter. For those who want to learn more about and better understand Stansberry’s claims, here is what we uncovered for you for free.

Stansberry describes himself as growing up in a “middle-class home, outside Orlando, Florida”, going to public schools, and working “all my life” to finance his student loans. Soon after graduating from university, he became “a standout investment analyst for one of the wealthiest men in the world.”

He claims he was one of the very first analysts to understand the huge investment potential of Amazon.com, recommending the stock as early as 1999. He also claims to have foreseen the fall of a series of “doomed” companies, including Kodak, Sears, America Online (AOL), and J.C. Penney almost two decades ago, while recommending up and comers like PayPal, Illumina, and Intuitive Surgical – the first company to develop robotic doctors.

In one of his most popular pitches, End of America, he talks about the end of the world as we know it and the need for regular people to prepare for tougher times ahead. Speculating about an ever-growing increase in the gap between the rich and the poor, Stansberry skillfully manages to pack universal truths and widely-discussed speculations into something with a little more economic substance.

The same can be said for this current pitch: Will You Be Left Behind. Where he talks about “the end of capitalism as we know it”, with “millions of Americans having been left behind already”. Stansberry is an avid opposer of socialism in America and says he is willing to explain some concepts in an easy to follow manner so that everyone can understand them, acknowledge the threat, and act accordingly.  In his opinion, “technology is about to upend capitalism”, saying that “20,000 (perhaps as many as 200,000) people have already become millionaires, because of this shift” – a technological shift that we have already started seeing.

Stansberry talks about the potential loss of over 3.5 million American jobs over the next few years, as a direct result of this technological shift, mentioning that among the first ones to be laid off en mass will be truck drivers, due to advancements in driverless and GPS technology.  Something we have touched on here in the past: 5G Highway Stocks Revealed. He goes on to predict that such disruptive tech will create a cascading wave that will destroy America’s middle class, leaving almost 10 million families without a regular paycheck.

Another technology that Stansberry highlights is blockchain, the same technology behind cryptocurrencies. This technology has been around for more than a decade, but only over the past couple of years have cryptos been widely accepted as financial instruments and traded or used as alternative payment methods. He admits he himself was reluctant to use this technology at the beginning, and this is why he never advised his clients to invest in it earlier. The author describes blockchain as “an entirely new kind of money and an entirely new kind of ownership structure, for virtually every important asset in the world” and claims there will be a “war on nationalism” between people who understand how to use this new tech and everyone else.

In his opinion, Bitcoin remains the most trustworthy altcoin/cryptocurrency available and claims that it will be in use decades from now on. He also believes, like others, that its value can end up at $250,000 by 2022 and talks about the opportunity of investing in it – “Bitcoin will continue to be one of the world’ favorite currencies – for a very, very long time.”

Stansberry then goes on to say that “people are getting rid of dollars and moving their money into gold and cryptocurrencies”, given that many of them are tired of the corrupt banking system that provides no benefits to the average Joe. He also mentions that “what we consider valuable and what holds its value changes radically with new technological developments”, and this is the main reason why altcoins/cryptos will continue to increase in popularity.

Some go to extreme lengths to predict a fiat currency-free world, where fiat currencies will be 100% replaced by a couple, if not just one global cryptocurrency, and the author seems to concur with this idea, mentioning that “the blockchain will entirely transform our financial system”.

To not be left behind, Stansberry suggests everyone should follow three simple steps:

What two companies is he referring to exactly?

The Two Companies Being Teased

Stansberry’s newsletter is filled with apocalyptic claims and calls to action to not be left behind. He firmly believes in the paradigm shift that technology as a whole is creating and the fact that a handful of giant companies will eventually control most of the world’s economy – Netflix for movies and TV streaming, Spotify for music, Amazon for supply chains and online orders, Google (Alphabet) for searching the web, etc.

He starts his pitch by hinting at some companies you should be purchasing into, as their stocks will continue to increase over the course of this decade. Going through one of the special reports, “2 Companies Revolutionizing the Digital Shift”, the author claims to have picked two stocks that can help you earn big in the future.

The Cubic Transportation Systems (CTS) division also announced in 2018 that it signed a contract worth almost $400 million with the San Francisco Metropolitan Transportation Commission “to deliver next-generation fare payment technology and operational services to the Clipper smart card system serving the Bay Area”.

The second company Stansberry teases is allegedly “revolutionizing the way businesses can buy advertising space online. Since late March this year, this stock has soared over 10%, and he says that his team sees even bigger gains ahead.” However, this is the only clue provided so we cannot tell for sure which company the author is pointing to.

Is It A Good Opportunity?

The author is known for his storytelling talent and impeccable sales techniques. Throughout the years, he has talked several times about the end of capitalism as we know it today and even went as far as publishing a book titled “The Battle for America”, in which he talks about a series of speculative theories backed, more or less, by economic information.

When it comes to teasing some investment opportunities, Stansberry doesn’t bring too much to the table with this marketing video. He talks about blockchain technology taking over several sectors of the market in the next few years, and the ever-increasing popularity of cryptocurrencies.  He also teases two companies, whose names and ticker symbols people can find by subscribing to his newsletter report, with one of them potentially being Cubic Corporation (NYSE: CUB). It was founded back in 1951 and mainly focuses on transportation and defense contracts. The company has signed valuable contracts with several local authorities, including in New York and San Francisco, to integrate a cashless payment method for people using public transportation in these areas.

Since I was not too familiar with this company, I pulled up its latest annual report and as it turns out, it is not even profitable on an earnings or cashflow basis. This despite the hefty state government contracts currently in place. This immediately makes me think that either they have a whole lot of systematizing to do, in order to make the business much more efficient or they are simply reporting losses for tax purposes. Either way, this makes it more difficult for investors to have confidence in the company.

What are your thoughts on Stansberry’s dystopian stance? Have you already invested in blockchain or any type of new technology mentioned here? As always, let us know what you think in the comments below.