The Rich Dad Poor Dad Letter Review – Will It Make You Rich? 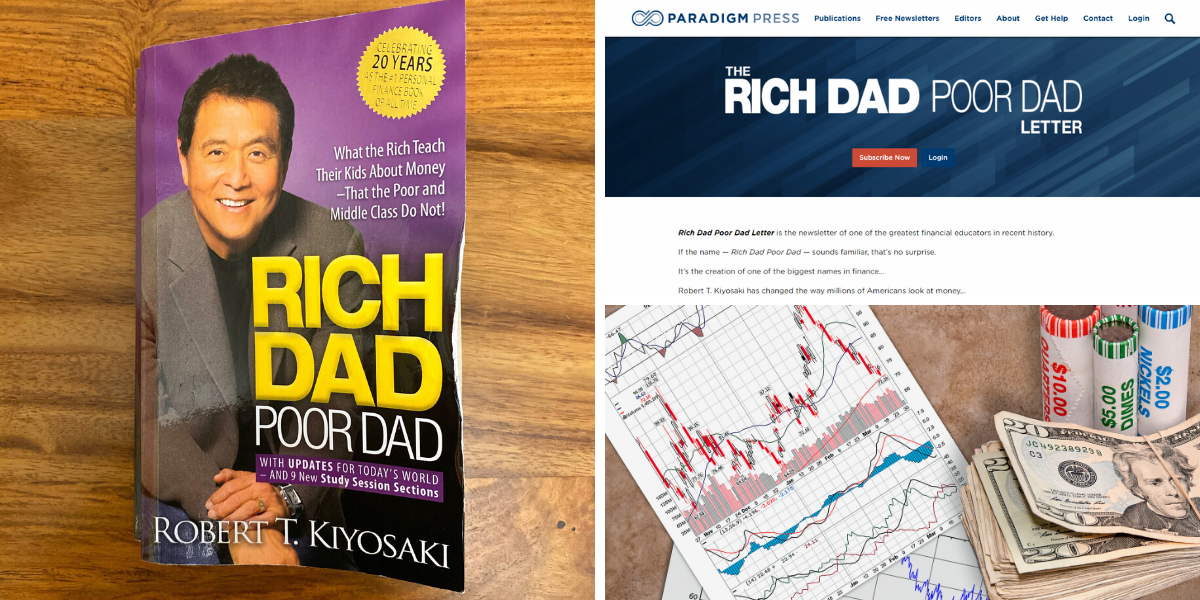 Wondering if Robert Kiyosaki's The Rich Dad Poor Dad Letter is worth subscribing to and if it's legit? If so, you are in the right place.

In this review I'll be going over exactly what this "The Rich Dad Poor Dad Letter" is, how it works and what you get if you subscribe, the guy behind it all, track-record and more.

Let's begin with an overview...

What Is The Rich Dad Poor Dad Letter?

There is no experience or knowledge of investing or of any financial matters needed. The content of this service is laid-out in an easy-to-follow manner that even complete beginners shouldn't have a problem with.

Who Is Robert Kiyosaki? 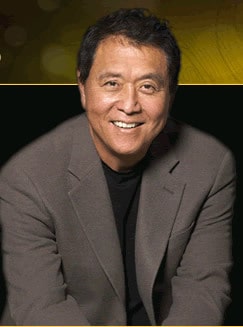 Robert Kiyosaki, or Bob, is an American businessman and author, being most well-known for his popular book Rich Dad Poor Dad, which has been translated into over 50 languages with over 40 million copies sold. But besides this book he has also published dozens of others and has even co-authored books with Donald Trump - plus he provides financial education through his company, Rich Global.

Many aren't much a fan of his philosophy, which is often taken as a "get rich quick" mindset. This is debatable, but many accuse him of making money by selling lousy advice to the gullible and ignorant.

What makes things look even worse is the fact that he was part of the MLM company Amway back in the day. For those of you who don't know, Amway is one of those multi-level marketing companies that rely on reps to go out and recruit other people in, then earning money from them. It's basically a legal pyramid scheme, and these types of businesses rely heavily on luring in new recruits with feel-good motivational talk, which Bob is a big fan of.

And to make matters worse, according to Wikipedia at least 3 of his businesses have went bankrupt, including his main brand, Rich Global.

Rich Global filed for bankruptcy in 2012 after being forced to pay $23.7 million to a company called Learning Annex, which helped arrange his public speaking events early on in his career.

That said, although he filed bankruptcy it appears he knows what he's doing because he still walked away with a cool net worth of around $80 million, which is still around this level today.

Back  to the newsletter.

If you subscribe to The Rich Dad Poor Dad Letter here is a breakdown of what you get:

In a nutshell, this is a follow-along style investment advisory service that provides actionable investment advice on a regular basis, similar to Paul Mampilly's IPO Speculator and 100X Club just not nearly as expensive. It is well laid-out, easy to digest, and you definitely don't need any experience to join.

The advice provided in this newsletter service is largely based on Robert Kiyosaki's book, Rich Dad Poor Dad, so it's worth taking a moment to sum up what this book is about and how Kiyosaki views the financial world, which is different from many people and this is one of the reasons his book has been so popular.

The book is based on his experience growing up and what changed his views on money and how the financial world works. His real dad (the poor dad) and his friend's dad (the rich dad) viewed and managed their finances much differently, and this book is focused on changing the way you view money to have your money work for you. In a nutshell, it's all about mindset. learning how to be financially literate, and making smart investments so that your money can do exactly this... work for you.

This focus on mindset and some almost fairy-tale-like inspirational content of the book is what has led to so many critics... and the fact that Mr. Kiyosaki has been involved in some rather dubious businesses, such as the MLM Amway as mentioned.

Of course having a solid track-record is important. If you are looking for good investment advice then you want to get it from someone who has a reputation of providing good quality advice, not some no-name "expert" who's recommendations haven't stood the test of time.

Now obviously Robert Kiyosaki is not just some no-name expert. He's been around, people know him, and his success is apparent. However, this The Rich Dad Poor Dad Letter advisory service that he is providing is still fairly new, and there is no record as to how well his recommendations and predictions have performed.

So with that said, you'll have to buy into this service trusting in him.

The good news: you can get a refund if you don't like what you get...

The cost to join is $199 per year. This is a fairly standard price for this sort of newsletter service, and I wouldn't call it overpriced, although I'm not saying that you should buy into it.

*Note: One nice thing I noticed is that this is not set to auto-renew unless you set it up that way on the checkout page, which there is an option for. Subscriptions will expire after 1 year.

The refund policy is provides a 180-day money-back guarantee. If you do buy in and don't like what you see, you will be able to request a refund at any point within the first 180 days.

This is nice to see because many of the financial newsletter services out there don't provide straightforward refund policies and some only offer credit to use towards other services they provide.

The Good & The Bad

Yes, The Rich Dad Poor Dad Letter is legit. It's a financial newsletter written by a legit person and published by a legit company. There is no reason to suspect any sort of scam here. That said, you may not agree with the type of mindset that Kiyosaki has and because of this you may not agree with all of the information provided in this newsletter.

It would be nice if there was a clear answer as to whether or not this subscription service is worth buying into. If the track-record was transparent then there would be, but it isn't. Ultimately the decision falls on you. If you are someone who is familiar with Robert Kiyosaki and agree with his financial philosophy then this may very well be a good choice for you. But, if not, I'd suggest learning a bit more about the guy before buying into his service. He's a controversial figure for good reason.