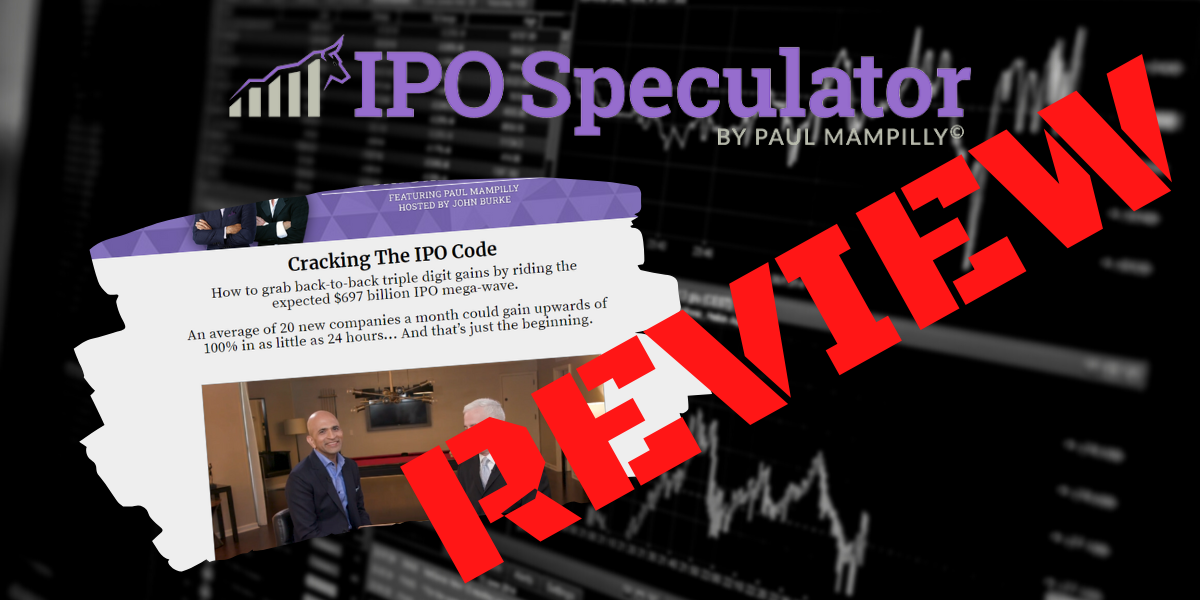 Is Paul Mampilly's IPO Speculator service legit? Will it really provide you with at least 12 triple digit gains in the next year?

In this review I'll be going over what IPO Speculator is, how this service works, pros v cons, and a few other things everyone should know before deciding whether or not to join.

There are probably multiple teasers floating around the internet luring in new subscribers, but what I came across was a presentation titled: IPO Fortunes Symposium, which was a ridiculously long-winded video with Paul Mampilly and John Burke... 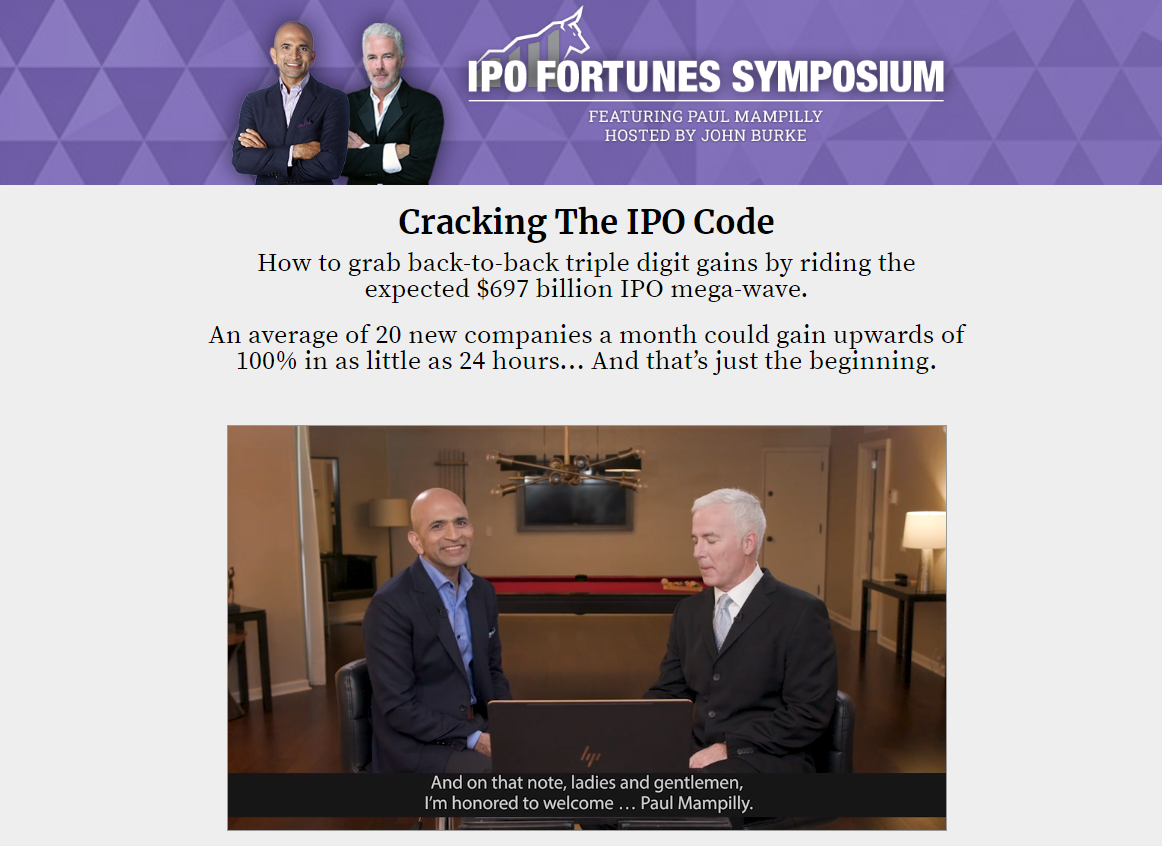 Some of what we were told in the video included: 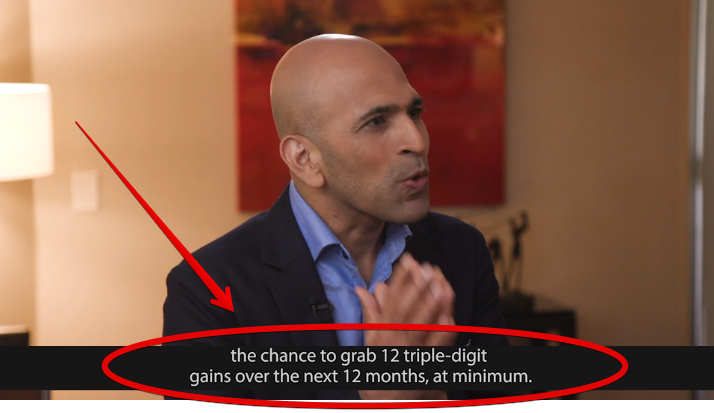 Of course the opportunity here is hyped up and then viewers are lured into purchasing his subscription service, which provides trade recommendations regularly. This is what he's talking about when he says people will have "the chance to grab 12 triple-digit gains over the next 12 months at minimum"... following his service.

In the presentation he then goes on to show past IPOs that have produced immense gains, such as Amazon which has rose over 100,000% since its IPO days, and claims that these sorts of gains are possible again right here right now.

Paul believes this "may be the single greatest project of my [his] career"... but I think I've heard him say similar things with past research promotions he's put out, such as with his "Rebound Profit Summit", and this is likely just marketing hype.

What else is marketing hype is all the testimonials shown in the presentation, from people who have supposedly profited hugely from Paul's recommendations.

Below is a picture that was shown in the presentation - a picture of "George" who is said to have profited $180,000... 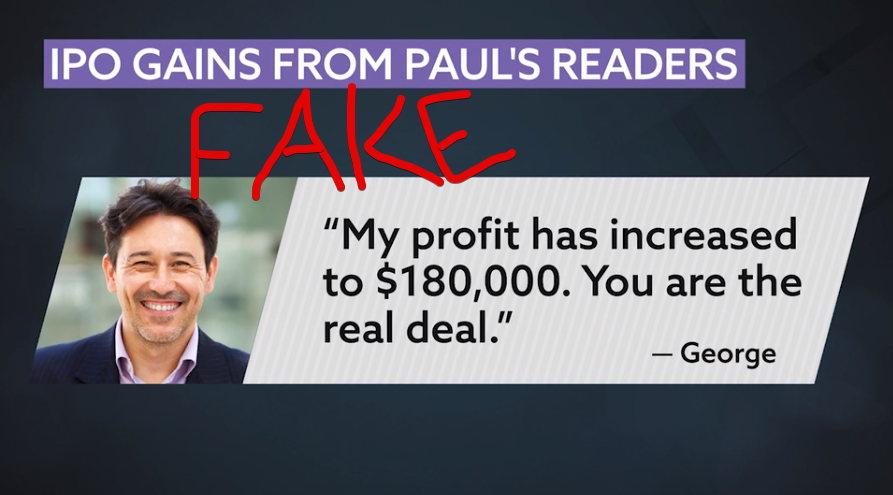 BUT, after doing a reverse Google images search, I was able to find out that "George" is not really George. This is a stock photo that anyone can purchase and use online... 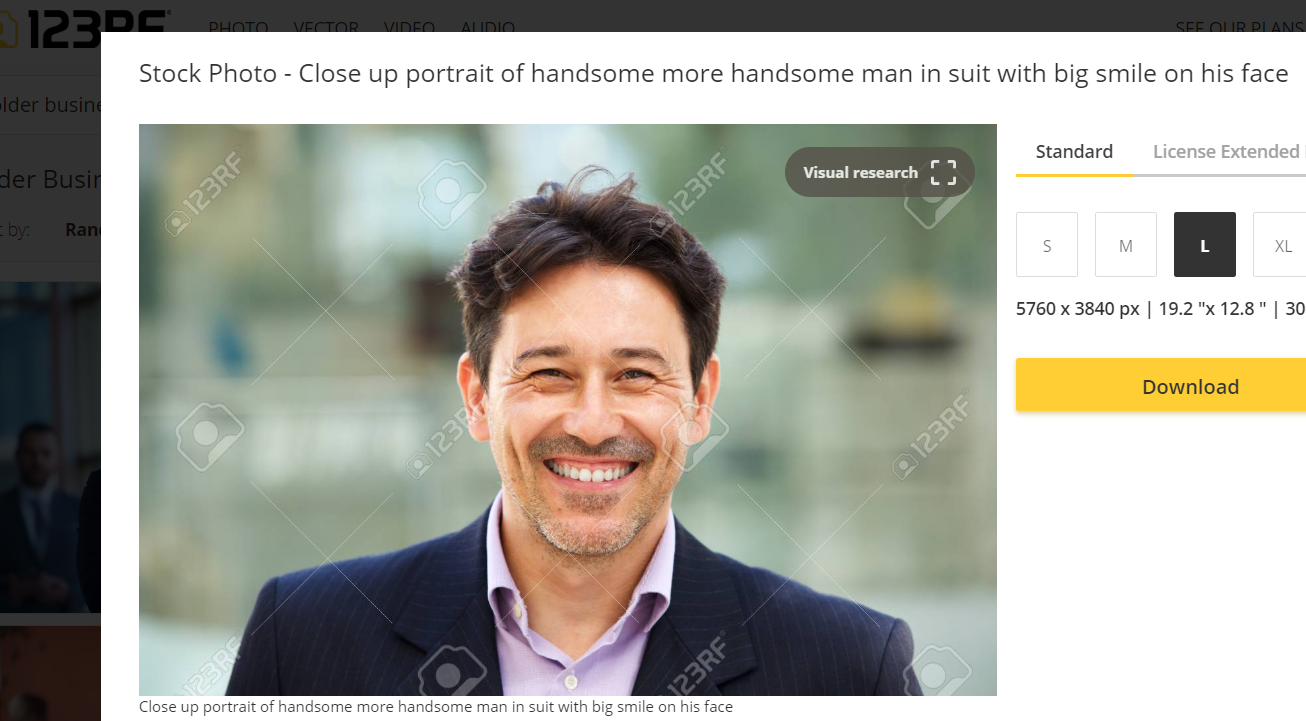 And the same goes for the other testimonials we were shown, such as "Orville" here who is said to have made $350,000... 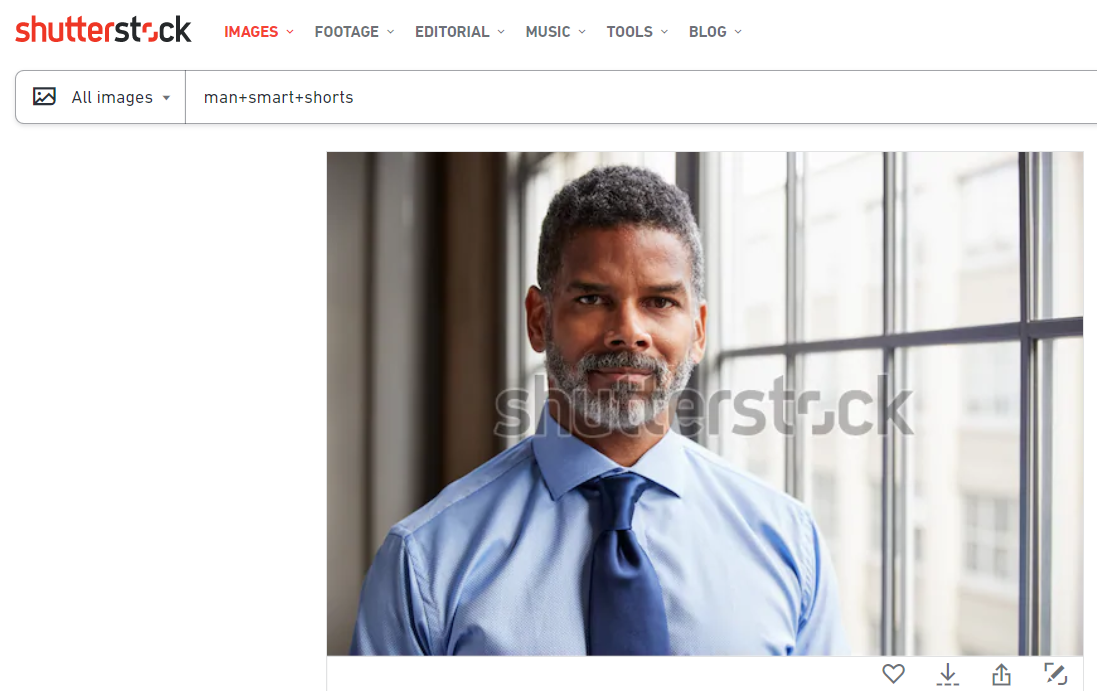 So what can you believe and what is just misleading marketing hype? Well, let's get to the review and see what this service is all about...

What Is The IPO Speculator?

IPO Speculator is a VIP research service offered by Paul Mampilly at Banyan Hill publishing. This service, in summary, provides investment recommendations to subscribers continuously throughout the year - and is specifically focused on companies that recently had IPO's.

The cost of the service is pretty steep, at $2,995/yr, yet the gains that are promised by Mampilly can easily justify the cost... if it actually performs as well as he claims it will.

This service's chief editor at Banyan Hill publishing is Paul Mampilly - and Hudson Cashdan also appears to have something to do with it.

Paul Mampilly, if you can look past the over-the-top sales pitches that he throws at you, is actually one of the most respected investment research analysts out there. He comes from decades of experience on Wall Street and has managed multi-billion dollar hedge funds in his career (and grew them exponentially). It's also noteworthy that he participated in an investment competition from 2008 - 2009 where he was able to grow $50 million into $88 million - while the recession was going on.

Some of the information I found also listed Hudson Cashdan as part of the team here. He is lesser known, but also has a good background. He has a wide range of experience in everything from trading, to being a hedge fund equity analyst and portfolio manager, and more. It doesn't seem that he's part of the Banyan Hill publishing team, but is working with them in a freelance manner instead. Cashdan also has appeared as an analyst for some of Banyan Hill's other research services, such as Total Wealth Insider.

Yes, the service is legit, and so is the company and the people behind it. The sales promotions may be a bit over-the-top, but I can assure you this is not a scam.

What Paul wanted to do here was create a system for identifying good investments in companies that recently IPO'd on a regular basis.

I don't know how or where he gets his data, but we are told that him and his team at Banyan Hill are paying "ridiculous sums of money" to pull data from one of the top IPO research companies on Wall Street, and in the world.

So the system provides the data on all the new IPO's and Mampilly along with his team then sift through the information and come up with what they think are the best picks.

All of the recommendations he provides in this service are for publicly traded companies - which he recommends right after they have IPO'd when he thinks they are still a good opportunity - this way you don't have to be super rich just to get in on things.

As you already know, this is a follow-along service where subscribes are told what to invest in and when. Here is a breakdown of how it's all laid out:

The "normal" cost is supposedly $5,000 per year. However, with the sales funnel that I came in through ("IPO Fortunes Symposium") it was discounted to $2,995/yr.

Is this just a marketing stunt or is this really a discount? Who knows, but it is what it is.

With a price like this it wold be nice if there were refunds given out, but there are not. Instead, the best you can do is get a second year of the service for free if it doesn't perform up to par.

Paul offers what he calls a "12-in-12 guarantee", which is his guarantee that you'll get the chance to see 12 triple digit gains over the next 12 months... 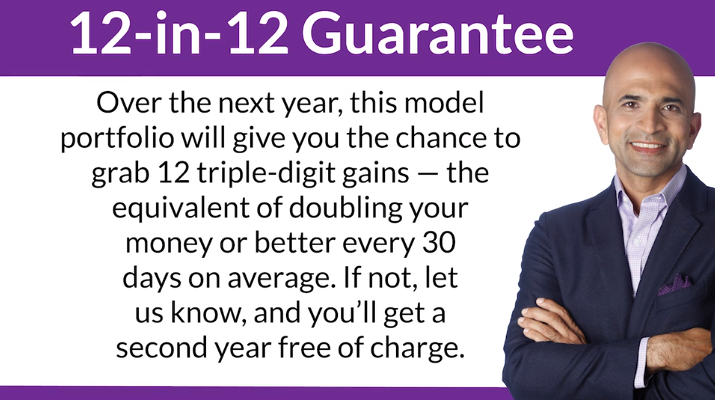 It's nice that you can get a second year free of charge it the first year doesn't perform as well as you'd hoped, but I'd rather see a normal money-back guarantee here. After all, with an online service like this it is very easy to provide such refunds.

It costs $2,995 per year and comes with a guarantee that you will be able to "grab" 12 triple digit gains in 12 months or else you can get a second year for free, but is it worth joining?

I'm always skeptical of outlandish claims such as these, and usually take them with a grain of salt. The problem here is that this service is still so new and doesn't have any long-term track-record yet.

But, if you've got the money to invest and are willing to see how things turn out, then by all means go for it. It's you're decision ultimately, and hopefully this review will help you make a more informed one.

Let me know what you think about the IPO Speculator below.