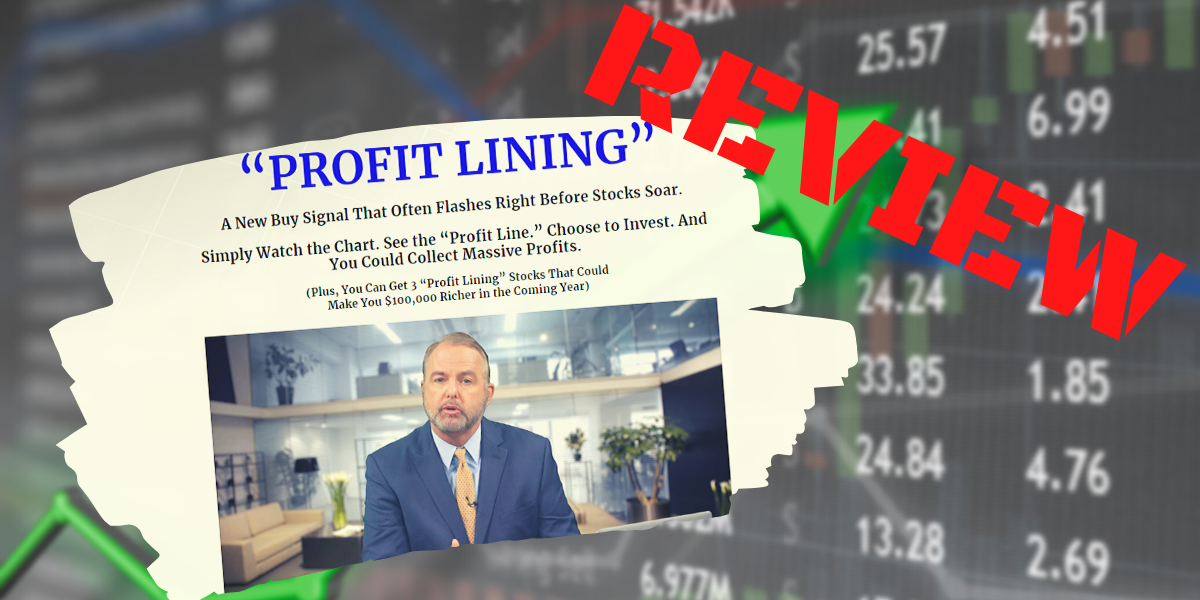 Is Jeff Yastine's "profit lining" opportunity legit? Can you really become a millionaire within the next year, as he teases?

Or is this just another scammy opportunity blown way out of proportion?

Like me, you probably came across the "profit lining" presentation... 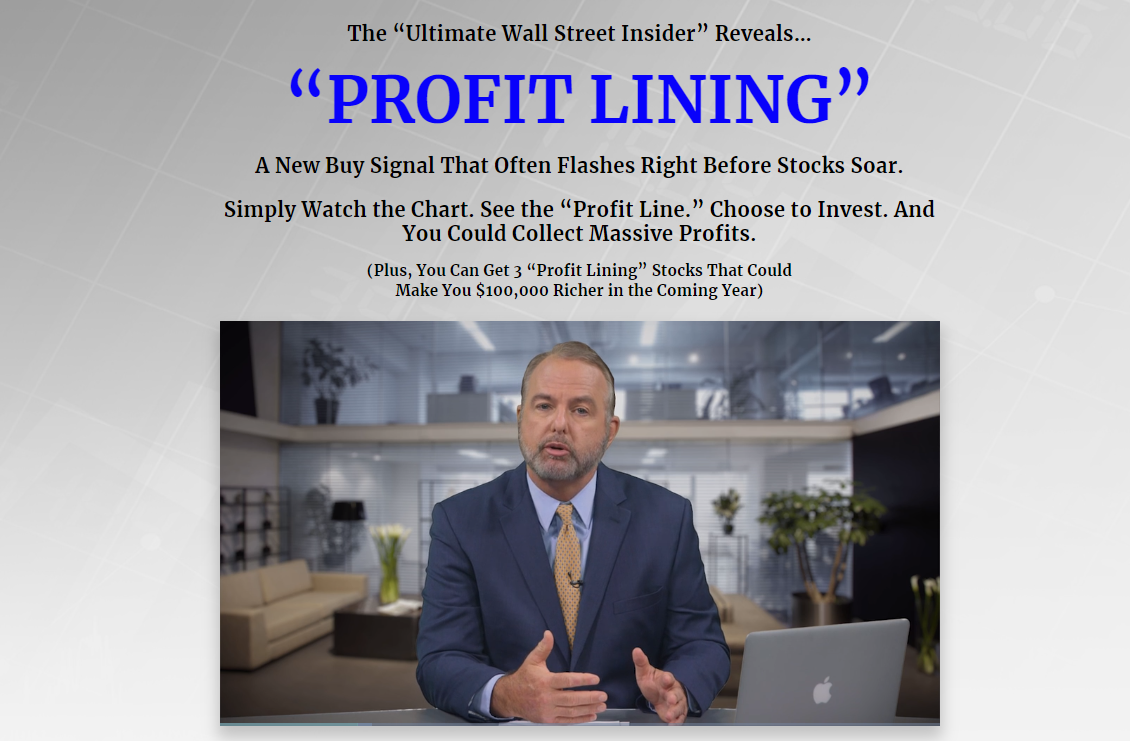 In the presentation Yastine talks about, what he calls, "profit lines" that predict when bearish-looking stocks will explode in price.

He goes on to show a bunch of different price charts for companies whose stock prices increased drastically after these "profit line" indicators went off... 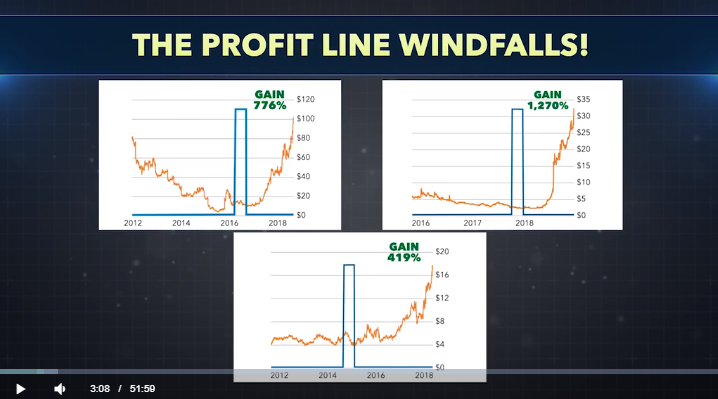 In the example we were given shown above, Yastine says that you could have turned a $5k investment into $123k.

He goes on to call this the "single most profitable buy signal ever discovered". But it's not like we haven't heard claims like this 1000 times before.

The pitch doesn't end there. Oh no it doesn't!

We are then shown a chart of how $5,000 could have been turned into $1 million following all the "profit line" indicators... 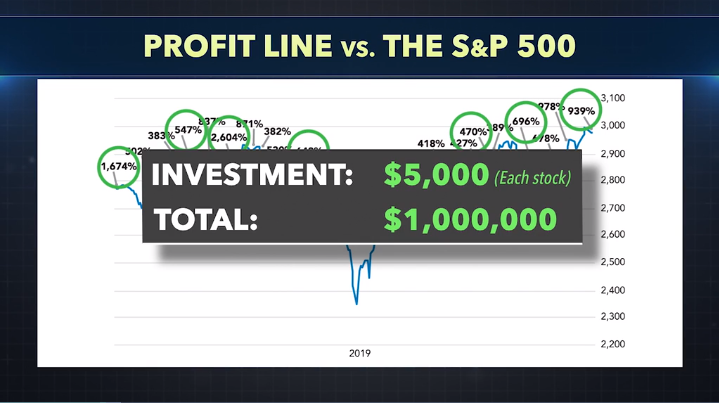 HOWEVER, I was hesitant to believe in this, and decided to do a little digging around.

As it turns out, and as expected, what we are shown is a bit misleading. Well, actually a LOT misleading at some points.

Take the Aurora Cannabis Inc. chart for example. We were shown this, and Yastine boasted of the "profit line" indicator providing investors with a 509% gain.... 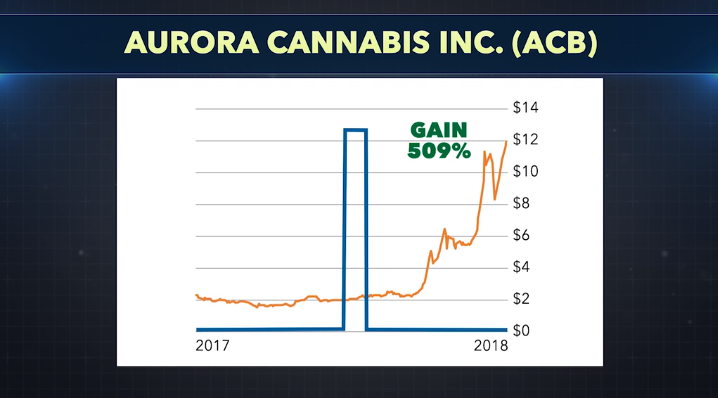 But what he doesn't show you or tell you is that the stock crashed not all that long after its run... and investors that invested after the profit-line indicator would have lost money... 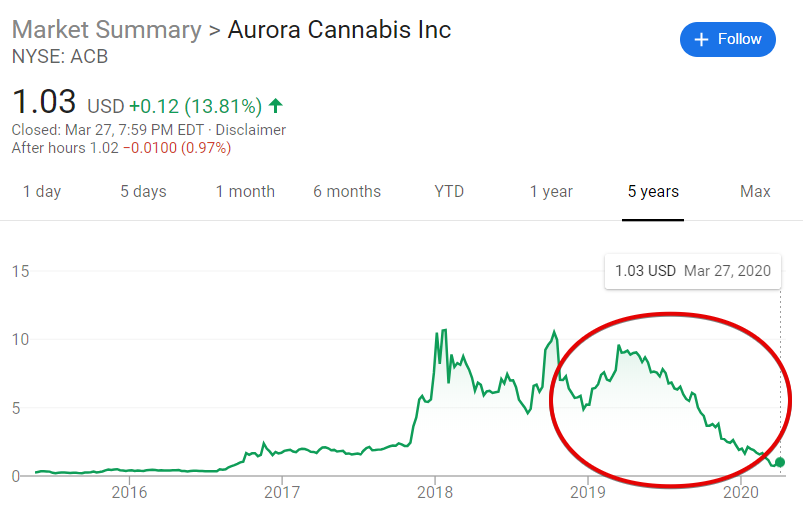 This is just one example of how the video presentation conveniently (for them) leaves out some important information.

This "profit lining" presentation follows the pretty-typical sales pitch being used nowadays to market investment advisory services, which is what they are luring people in for here.

The idea is that Jeff Yastine and his team of researchers will, for the first time, be allowing the public access to the investment recommendations that their "profit line" indicator gives off through his advisory service called, conveniently, Profit Line. And, in a special report, subscribers will get access to the "The Top 3 Profit Line Windfall Stocks to Buy Now"... 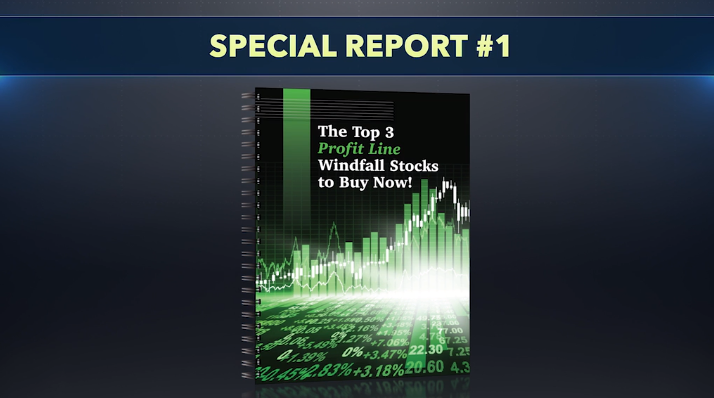 He claims that they are only accepting 1,000 members and then the doors will be shut, but this is likely bogus.

Jeff Yastine is the co-editor of Profit line alongside Brian Christopher and also co-edits the free Smart Profits Daily newsletter. His main gig at the moment seems to be editing for the Banyan Hill publishing company, but before this he was heavily involved in the financial world, having been a long-time investor himself as well as a financial journalist.

It's possible that you've actually seen him before coming across this teaser presentation. He's been on Fox Business News, Business Week, he's been quoted on Forbes, etc.

As mentioned in a previous review of his "Q Shares" teaser, if you can get past the over-the-top sales pitches he throws at you then you'll see he definitely knows what he's talking about.

Brian Christopher is the other editor of the Profit Line advisory service. He joined the Banyan Hill publishing team as recently as 2018, and has a different, but equally impressive financial background.

Brian is a certified public accountant, is certified in financial forensics, worked as a turnaround consultant for over a decade where he advised banks and attorneys, and his Banyan Hill profile even mentions that he was the expatriate controller of a Fortune 100 company.

He also co-edits the Smart Profits Daily newsletter at the company, which is free.

How Does The "Profit Line" Algorithm Work?

We are told that Yastine and his team at Banyan Hill have developed an algorithm, which is supposedly patent-pending, that identifies stocks where there is high amounts of "hidden money".

Most investors and, according to Yastine, even Wall Street doesn't look for this "hidden money". So while a certain company may not look all that great from first glance, it may have "hidden money" and be better off than it appears - being an undervalued investment opportunity.

Now what is this "hidden money" that he speaks of? Well, he doesn't tell us specifically, but it could be all sorts of assets, such as natural resource reserves, off-balance-sheet investment holdings, etc. It seems that he hints that a "profit line" indicator alerts to companies with large off-balance-sheet investments, but this is just a good guess.

The "hidden money" that this algorithm identifies is all public information, but like they mentioned in the video presentation, it's not disclosed on a balance sheet along with the typical financial information, and is a bit more difficult to uncover - although still available through the SEC.

There is a good article on Forbes about hidden assets and how to identify them, if interested.

The entire "Profit Lines" presentation is just one of many that are floating around the internet being used to luring people into Jeff Yastine's Profit Line subscription advisory service.

This advisory service has received plenty of ridiculous promotions, one of which I found being that it provides "Legal Insider Trading Stock Analysis & Strategy". 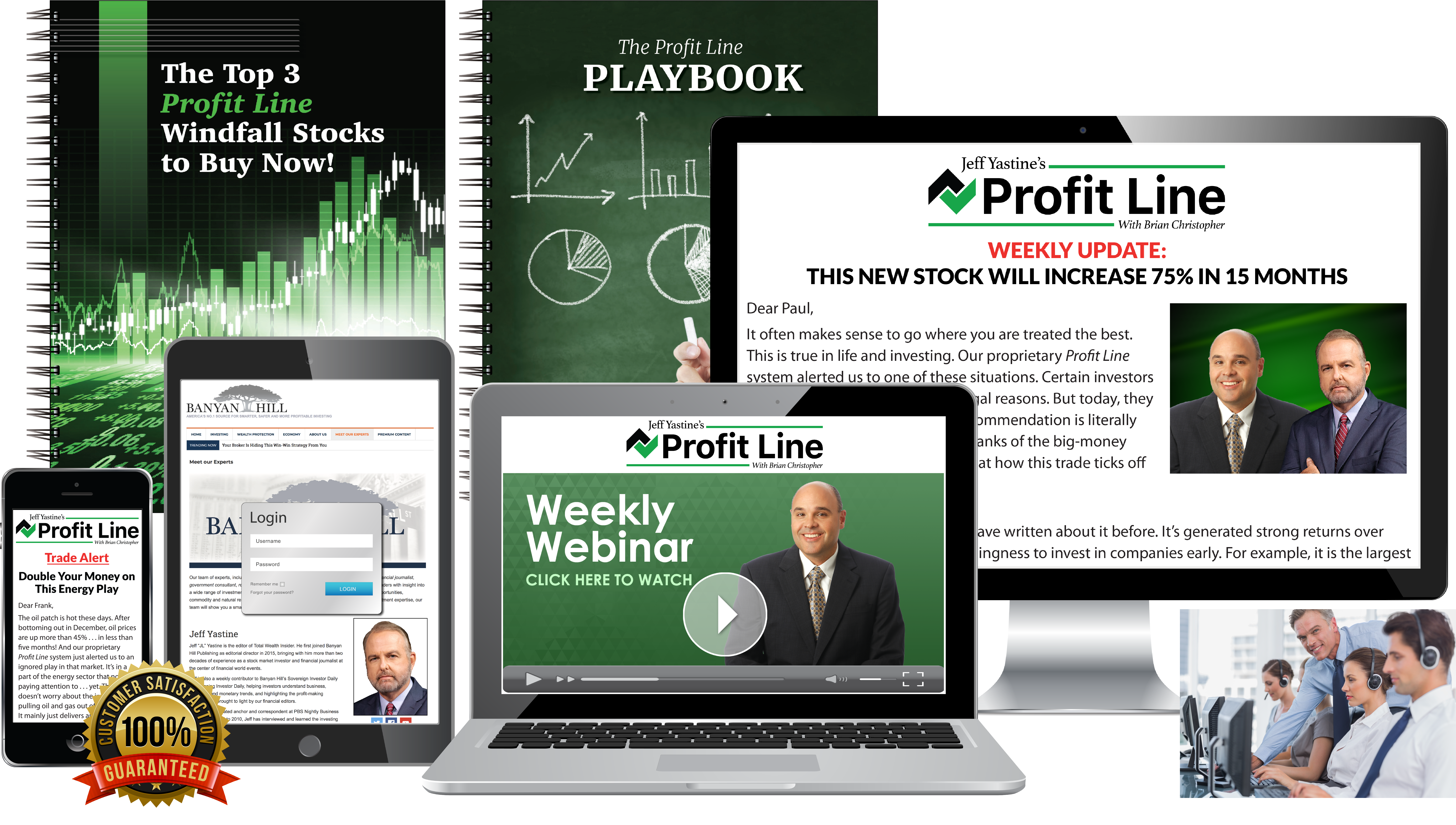 What a subscription to Profit Line provides at it's core is...

This is basically a follow-along advisory service where subscribers are told what to invest in and when to invest.

The cost is $1,995/yr, which is supposedly a 50% discount to begin with... but I don't know how true this really is. It may just be a little marketing trick.

When it comes to refunds things are pretty disappointing.

They do not offer a normal money-back refund on their service, but instead give you the chance to "receive a second year of membership free of charge"... 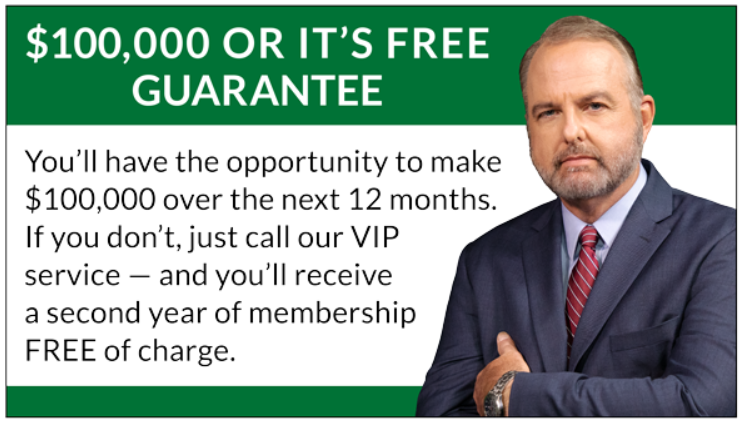 The Profit Line advisory service is a legitimate service and both if its editors have quite impressive financial backgrounds.

The opportunity may be presented in a bit of a misleading way, with the sales pitch being over-hyped and making things seem like a guarantee of future success, but at its core the opportunity is not a scam.

I hope this review has helped break down this, potentially, very misleading opportunity.

If you do buy in, don't expect the massive gains shown in the promotional material!