Paul Mampilly’s Super Bull Summit – What Is It? [Review] 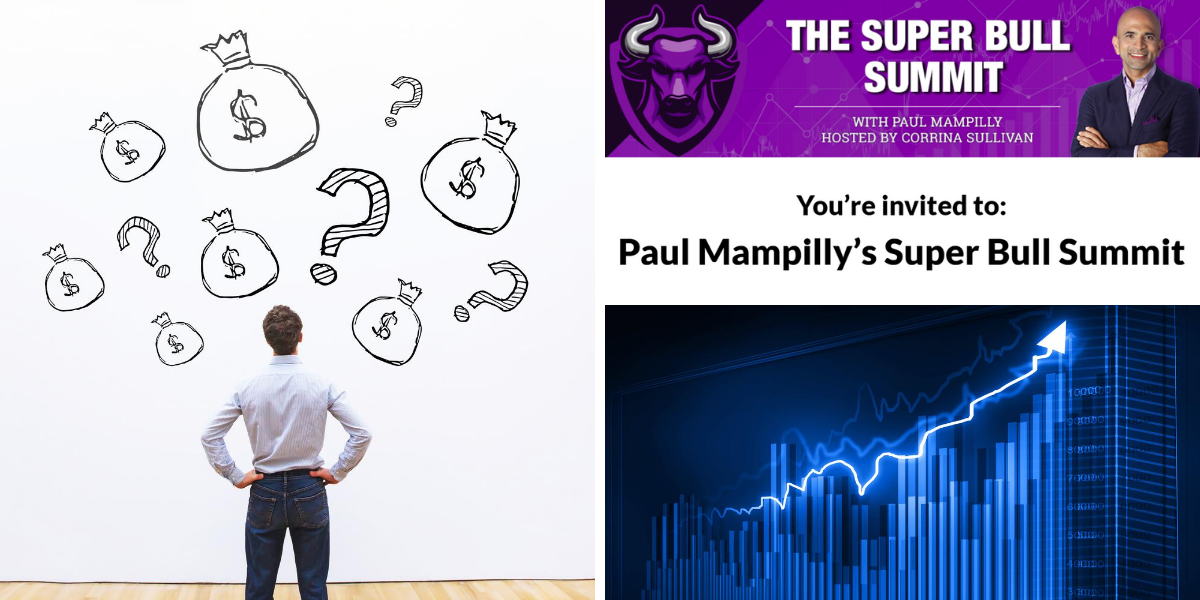 Banyan Hill Publishing, the company that Paul Mampilly works for, has been blasting out emails like crazy about this Super Bull Summit event. But what is it and what is his "#1 Super Bull Stock" he's teasing could give you 1,460% gains?

In this quick review I'll be covering what's all going here as well as revealing that elusive stock pick. But first let's talk about who this Paul Mampilly guy is in the first place.

Paul Mampilly has a lot of fans and a lot of haters. His fans are those who have made good money following his investment recommendations, while his haters are those that have been suckered into his investment newsletter services via misleading promotions.

Mampilly is an ex-Wall Street hedge fund manager. he has a lot of high-level professional investment experience and certainly knows what he's doing. Some of his more impressive accomplishments included managing a multi-billion dollar hedge fund as well as winning an investment competition back in 2008 (during the recession) where he grew a $50 million starting investment into $88 million.

He knows a thing of two... but also is one heck of a salesman and because of this you often have to take what he says with a giant grain of rock salt, as was evident in his America 2.0 teaser and the one for his Midwestern company.

What Is The "Super Bull Summit"? 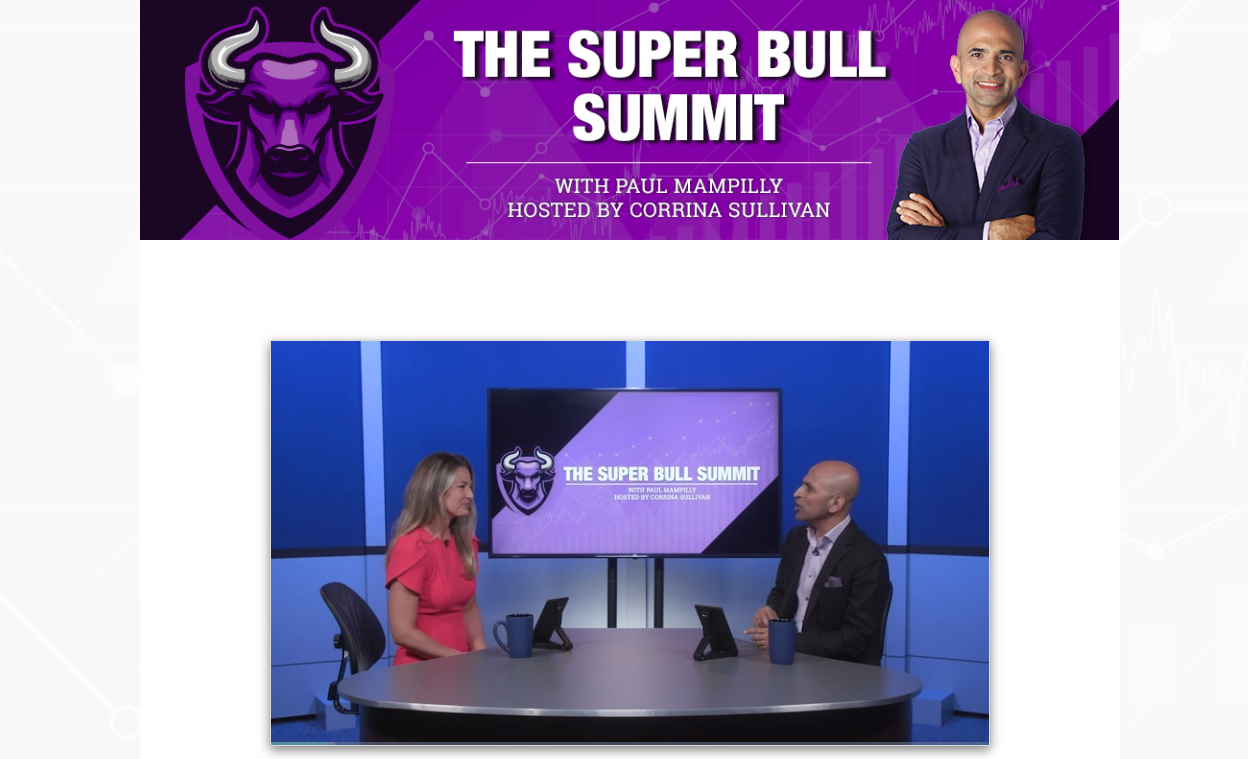 This "Super Bull Summit" event is a recorded event between Paul Mampilly and Corrina Sullivan where Paul goes over what he calls "the most powerful wealth creation event of our era", and teases one particular stock he thinks could make early investors very rich. The presentation is supposed to look like some sort of news interview, but in reality both Corrina and Paul work for the Banyan Hill Publishing company and this is nothing more than a promotion... and half of the presentation is just filled with Mampilly showing a bunch of charts from stocks that have soared 1,000's of percent and claiming that the opportunity we have to day is even greater.

Paul claims that he has "never been more bullish" in his life. According to him, there are three powerful economic forces converging "that will push the market into regions of titanic growth".

What he's talking about here is what he calls the "American 2.0" market that he has teased in the past, which refers to the big economic boom that will be stemming mainly from technological innovation. Mampilly predicts new tech like AI, 5G, renewable energy, 3D printing, robotics, etc. to lead to more economic growth than we have ever seen.

AND... there is one particular stock that he thinks could make investors rich. He's predicting 1,460% gains here... 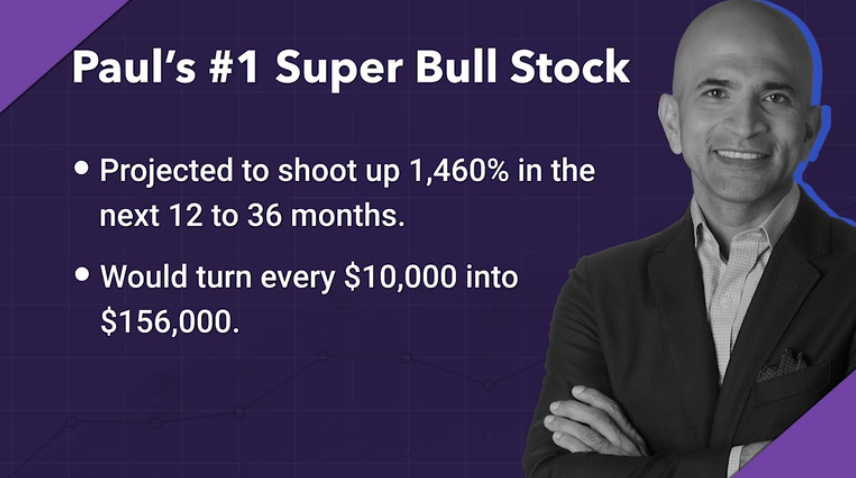 Not only that, but he "thinks this could be the bare minimum if you're in early".

Sounds pretty good, but in order to find out the details on the company you have to buy into Paul's newsletter service called Extreme Fortunes, which costs a couple grand (currently a promotion for $2,995/yr).

The good news: you won't have to buy in just to find out. I'll be going over the stock he's teasing in a minute.

Paul claims to have developed some strategy he uses consistently to find 10x bagger investment opportunities.

It doesn't matter what industry these companies are in, as long as the meet the following 3 criteria then they are on his radar:

The one example Mampilly gives of a company that has ticked all the boxes is Sarepta Therapeutics, which he made 25x his money investing in...

Sarepta 1) was disruptive in the market, having been developing a new drug to treat duchenne muscular dystrophy, 2) its numbers were good, with a small stock price and massive sales growth, and 3) it was one of the only companies working on a treatment for the disease with a low number of shares on the market.

But that's a past example. As we know, he's teasing a new stock to invest in that supposedly meets all of the requirements and is predicted (by him) to rise over 1,000%.

Let's reveal this company, shall we?

Some of the better clues we were given on this Super Bull stock include that:

Any guesses on what the company is?

Luckily we were given plenty of good clues here, so piecing them together want' all too bad. It's none other than AXT (Ticker Symbol: AXTI) that is being teased.

AXT is a semiconductor materials supplier company composed of scientists in the US and China. Their main focus is on enhancing 3 high-performance semiconductor substrates... Gallium arsenide, Indium phosphide, and Geranium.

All of the clues given by Mampilly match up well here. 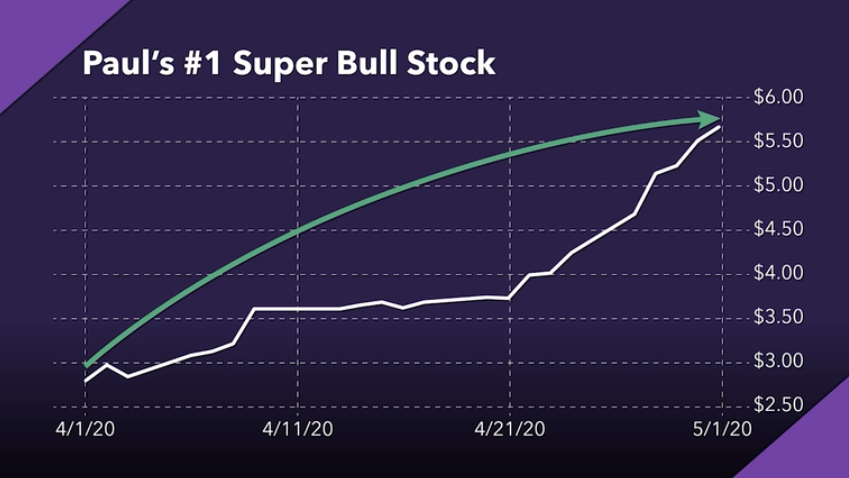 This matches up perfectly with AXT's stock price during that period, which was largely affected from the initial COVID-19 panic...

There is no doubt that AXT is the company Mampilly is teasing here... but is it really the incredible investment opportunity he leads us to believe it is?

AXT has good numbers, as Mampilly tells us. However, no one should buy into this stock expecting 1,460% gains... although not impossible.

The company is positioned well in the industry and with all the new tech that could use the semiconductor substrates it produces, such as using Indium phosphide with its superior performance for 5G, it's definitely worth a look.

As always, don't fall for all the hype and do your own due diligence before investing.

I hope this quick review has provided some value to you. As always, let us know what you think of this stock pick in the comment section below. Is it really a 14x investment opportunity?