Nick Giambruno’s “The Switch” And “The 4th Shock” – Going Cashless 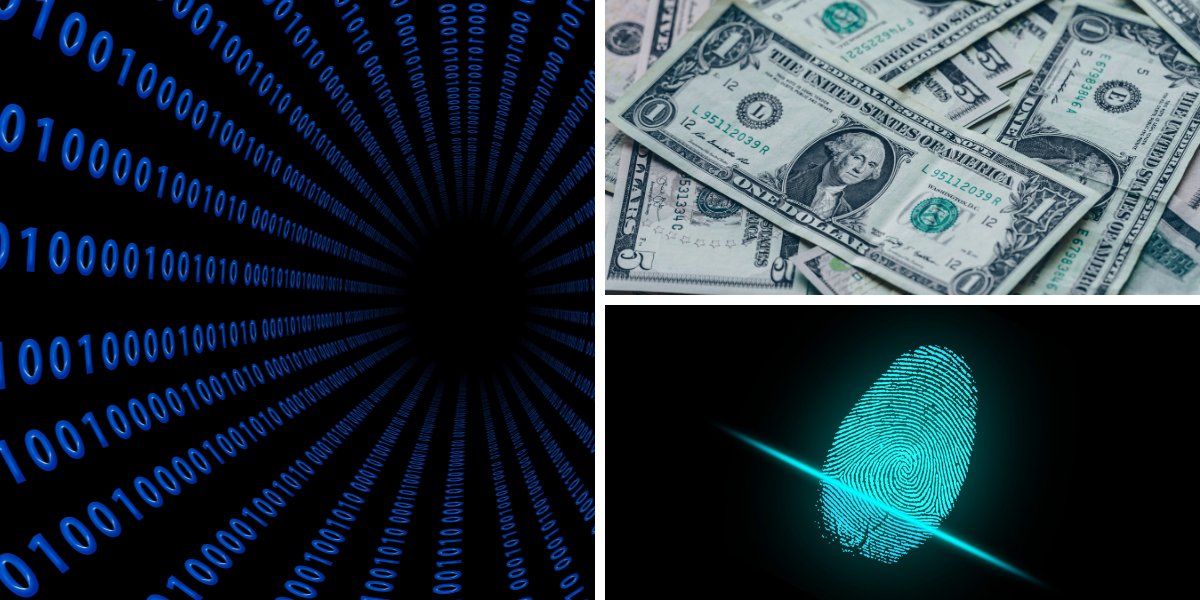 One of the most popular conspiracies over the past few years involves a top down total control of the populations by governments through the implementation of microchips, cashless apps, and digital ID’s. Although some countries, like Sweden, already have an almost-cashless society, personal liberties and freedom of speech are still alive and well and people still have the option of choosing between various payment methods, including physical cash.

However, 2020 was the perfect year for new and old conspiracies to re-surface, as country after the country went on total or partial lockdown and people were forced to reconsider their lifestyles and even the way they pay for basic necessities. In his latest marketing video, “The 4th Shock”, Nick Giambruno is talking about “the biggest attack on your wealth since 1971”. There is also another variation of this currently making the rounds titled “The Switch”. Neither directly tease any stocks in particular, instead he pitches us a newsletter subscription program titled The Casey Report for $49 per year. For this money, you will get 12 monthly newsletters and three bonus reports, including The Biggest Gold Mania in History. Let’s take a closer and see what it is all about. 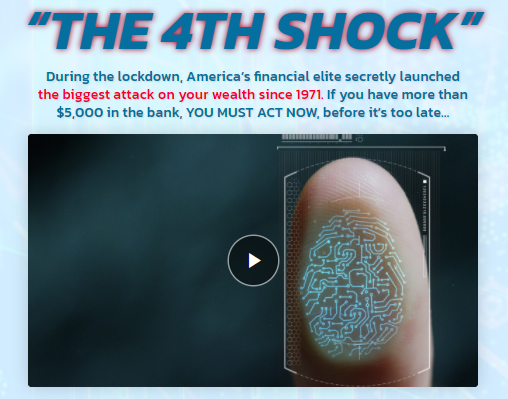 Nick Giambruno is Doug Casey’s lesser-known colleague and the Chief Analyst of The Casey Report. Apart from being an investment specialist, Nick Giambruno also writes about investing in markets undergoing criseses, geopolitics, the global cannabis market, and international banking among other topics.

He is a frequent speaker at investment conferences around the world and has been featured in The Economist, Forbes, The Daily Bell, MoneyWeek, and The Tom Woods Show amongst others.

While Giambruno doesn’t tease any stock, he does talk about a potential cashless future. He says that “thanks to the COVID-19 panic, cash is becoming toxic” and that big business in concert with the government are pushing an alternative agenda to transition from a paper currency to a “virtual dollar”. We have covered several teasers here in the past that lightly touch on this subject and pitch alternative investments – see Bitcoin Master Class and Gold Spike Summit.

To support his view, he mentions that “the spending power of a single US dollar has fallen by more than 96% over the last 100 years” but fails to say that it is the same with virtually every other first world currency as well, including the British pound – the oldest fiat currency currently in circulation. At its peak, a dollar was the equivalent of a tenth of an ounce of gold, while the British pound had its equivalent in silver: 1 GBP = 1 pound of silver.

At one point, he does talk about certain strategic investments “with the potential to return 1,000% or more“ but never gets more specific than that. In his experience, “the world’s most lucrative investment opportunities can be found in times of enormous change like we’re experiencing today”, so he urges you to be ready to take action if and when need be.

What is Being Teased?

The author doesn’t tease any individual investment opportunity and similarly doesn’t reveal any sector in which it might be beneficial to stash your money during the current pandemic. However, he is more than happy to suggest that you should be careful when it comes to investing in fiat currencies.

He continues talking about a New World Order and the push by various key people and organizations for a cashless society, where the government would have complete control over the assets of the population. He says that at the core of this plan is “a $1.87 trillion-dollar scheme endorsed by the usual suspects of The Clinton Foundation, The United Nations, The IMF, The Federal Reserve… and even Bill Gates.”

Gates’ name is mentioned a few times during Giambruno’s speech, pointing to a “creepy chip patent” with the number WO2020/060606, which, he believes, has something to do with the current pandemic and “their” wish to turn America into a cashless society. Continuing his rant, Giambruno digs deeper into the so-called “Deep State” conspiracy and talks about an alleged document drafted and submitted by current Speaker of the House, Nancy Pelosi, in response to the Coronavirus pandemic. The document mentions the creation of a new “digital dollar” along with a “digital dollar wallet”.

To support his Deep State conspiracy claims, Giambruno even says that Visa already has a patent on a technology that will remove physical cash out of circulation. Finally, the financial analyst also talks about “a lesser-known initiative” that belongs to…yup you guessed it Bill Gates, named “The Better Than Cash Alliance.” Its declared purpose is “to accelerate the global transition from cash to digital payments” and is, according to the author, backed by companies like Citi, Ford, Coca-Cola, Visa, and Mastercard, as well as the United Nations, USAID, The Global Fund, UNICEF, and others.

At this point, we’re not entirely sure what Giambruno tries to pitch or if he has any actual proof apart from circumstantial and stretched pieces of evidence that don’t add up to much. The document drafted by Nancy Pelosi counts for over 300 pages, and the reference to a “digital dollar” is barely mentioned, apart from as a possible alternative way for the government to send out its stimulus money in response to the economic crisis triggered by the Coronavirus.  At this time, the United States remains one of the only developed countries in the world where people still deposit checks and predominantly receive their cash from the government in the mail, as opposed to on a debit card, like the rest of the world.

However, Nick Giambruno doesn’t stop here and claims that “Bill Gates is using his vast wealth and power to help ban cash and implement a digital U.S. dollar” and even goes as far as to say that “it could mean the end of freedom and liberty in America”.

According to Statista, in September 2020 there were over 1 million more digital payments made around the world as opposed to the same period from 2019, an increase that is directly linked to the current pandemic and a shift in the commerce paradigm to online from in-store retail. The volume of total online transactions is expected to double by 2024, with China remaining the number one country in the world for e-commerce, followed closely by the United States, and the UK.

However, this doesn’t mean that all people will automatically just dump their paper cash in favor of a digital dollar. It would take an entire paradigm shift on a global level for that to happen, much like what transpired with the Bretton Woods agreement in 1944.

Should You Be Skeptical About A Digital Dollar?

Giambruno maintains his ominous tone throughout his teaser, threatening that the government will soon have full control over all aspects of people’s lives, should the American government ditch the paper dollar in favor of a virtual/digital dollar.

Even though some of his fears are understandable, as a similar cashless pilot program has already been partially implemented in China for years now, it is unlikely that the American society will agree to the terms of living in a cashless world. Even the digitization of the entire payment infrastructure to support a fully digital currency would cost the Government both money and time, which makes Giambruno’s claims somewhat unrealistic for at least some years to come.

With the general population being generally adamant about keeping existing laws in place – see gun control, it is unlikely they will hand over their cash without invoking the Second Amendment.

Do you think a digital dollar is in fact coming? Are you currently invested in anything as a possible hedge against an all digital currency? Let us know your thoughts as always in the comments below.