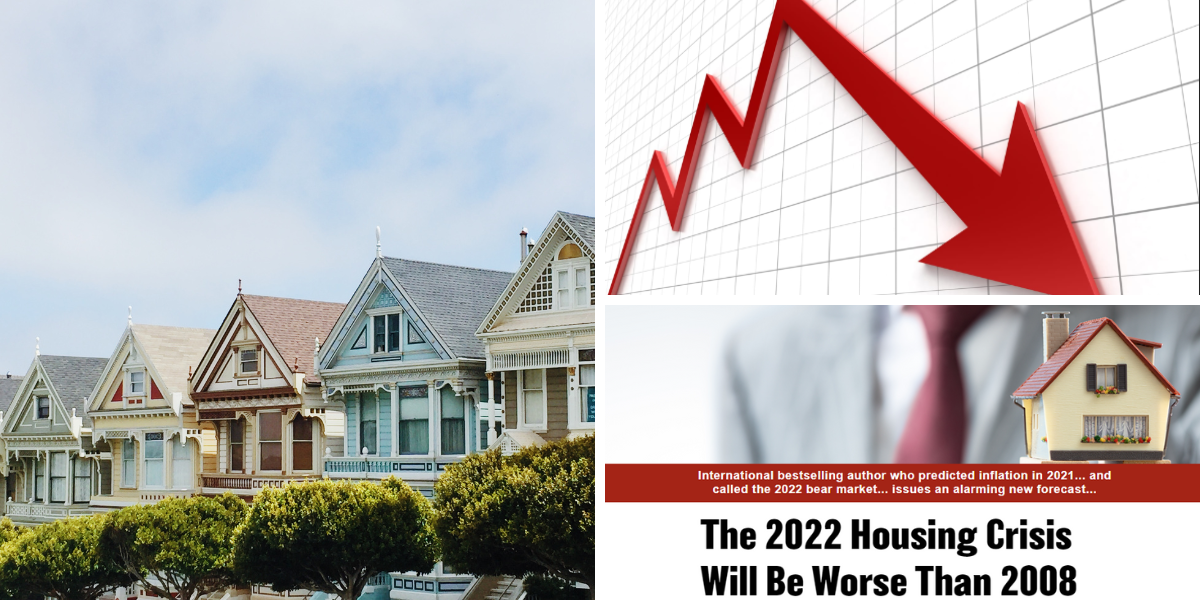 But according to The Oxford Club’s Chief Income Strategist, Marc Lichtenfeld. There’s a way to avoid the disaster this time around and even profit from the mayhem with his #1 “IRM” play.

The thought of homes losing as much as half their value and your equity becoming virtually inaccessible, hits home for many.

Marc Lichtenfeld has been around the markets for more than 22 years. As a trader, analyst, and now self-proclaimed financial guru. We at Green Bull have reviewed The Oxford Income Letter and also taken a closer look at some of their stock picks, like the “Infinite Energy” Stock Exposed.

The U.S. housing market going up in flames is nothing new. Only this time around, it may come as a surprise to more people.

After all, real estate went on a scorching hot run following 2020. The mania in some pockets of the country was even more ridiculous than it was during the last real estate bubble in 2006!

Homes going on sale on a Tuesday morning and being sold by lunchtime, and people buying homes without an inspection or ever even setting foot on the property. It was irrational. Now thanks in good part to a 40-year high in inflation and the Fed’s historical rate hikes…the U.S. real estate party appears to be over.

The last time inflation hit America this hard, mortgage rates peaked at a whopping 18%. So we could see things get much worse before they get better.

Marc believes that the amount of wealth wiped out over the next 18 months will be much higher, for a multitude of reasons that I will cover next.

But he also says that with chaos also comes opportunity, even if you’re not a homeowner. This is because there’s an “interest rate multiplier” (IRM) play we need to know about today. It also has a history of protecting and growing income when mortgage rates soar and housing markets tank.

And accessing it is as easy as logging in to our brokerage account.

Everything we need to know about Marc’s IRM play is inside of a special report: “Unlimited Income: Beat the Housing Crisis With My #1 IRM Play.”

The only way to get our hands on this dossier is by subscribing to The Oxford Income Letter. This costs just $49 for a limited time ($249 regular price) and includes 12 monthly issues of the newsletter, four special reports, quarterly “private executive calls”, and even a free subscription to Marc’s Wealthy Retirement column.

The 3 Phases of a Housing Crash

We can probably all agree that the most important window of time is before things get worse.

As Benjamin Franklin once said, “An ounce of prevention is worth a pound of cure.” In this respect Phase 1 is:

Right now, Phase 1 of the 2022 Housing Crisis is taking shape. Housing prices have reached record highs, with the average home price in 2022 closing in on half-million dollars.

As we all know from 2008, housing prices don’t go up forever. When they reach record heights, at some point, we will see a dramatic crash, like a rubber band snapping back. Well, the snapback is starting to happen now.

See, back in 2008 when the Fed raised rates and mortgage rates went up. The number of mortgage applications fell and many homes lost 33% of their peak values.

Today, to stop inflation, which is double what it was before the 2008 crisis. The Fed is going to have to take rates much higher and much faster than it did before. This could make last time’s 33% collapse in prices look like a walk in the park. This is when Phase 2 kicks in:

Marc says he’s pinpointed an exact date for when all this could begin: October 19.

There are at least some signs to support this claim, with the number of new homes under construction having plunged by 100,000 and prices beginning to weaken as per Fortune.

The big difference is that back in 2008 when home prices started collapsing. The Fed cut rates dramatically, ending up back at zero. This time, it can’t do that.

It has to go in the opposite direction. Inflation is so bad that the Fed has promised a lot more rate hikes still to come. In Marc’s worst-case scenario, he thinks the average American’s net worth could drop by 50% or MORE.

This brings us to Phase 3, which is plays for profits. IRMs come in here.

IRM stands for Interest Rate Multiplier and they’re quoting: “Special kinds of businesses that invest in small, innovative companies that need the funding.”

In return, so-called IRM companies collect interest on their investments, often at a premium because of their stricter lending standards. The kicker is that every time interest rates go up, the potential income for his #1 IRM increases dramatically.

IRM companies collect interest and then are required BY LAW to pay 90% of their taxable income to shareholders.

What Marc is referring to here is a Business Development Company (BDC). Which he says are perfectly suited to address the current market conditions. But what is BDC? Here are some clues:

Not much to go on, but based on what I was able to find online, Marc is very likely talking about Ares Capital Corp. (Nasdaq: ARCC). Here’s why:

To properly answer this question, it helps to know what our alternatives are.

Forget capital appreciation, as we can speculate about that all day. I’m talking strictly passive income. By this measure, BDCs rank pretty high.

The obvious alternatives of high-yielding stocks and REITs, both face considerable headwinds which could ultimately affect the yields they can pay.

Business Development Corps on the other hand are more akin to private equity funds. But unlike PE funds, they are accessible to anyone via the stock market. Sure middle market companies, like the kind most BDCs invest in, including Ares can just as quickly go bust during a deep recession. But they have historically held up pretty well.

Add to this, the fact that Ares is currently trading for less than half the fair value of its portfolio and an earnings multiple of less than 10x and there is a margin of safety here.

What has your experience been investing in BDCs? Tell us in the comment section below.