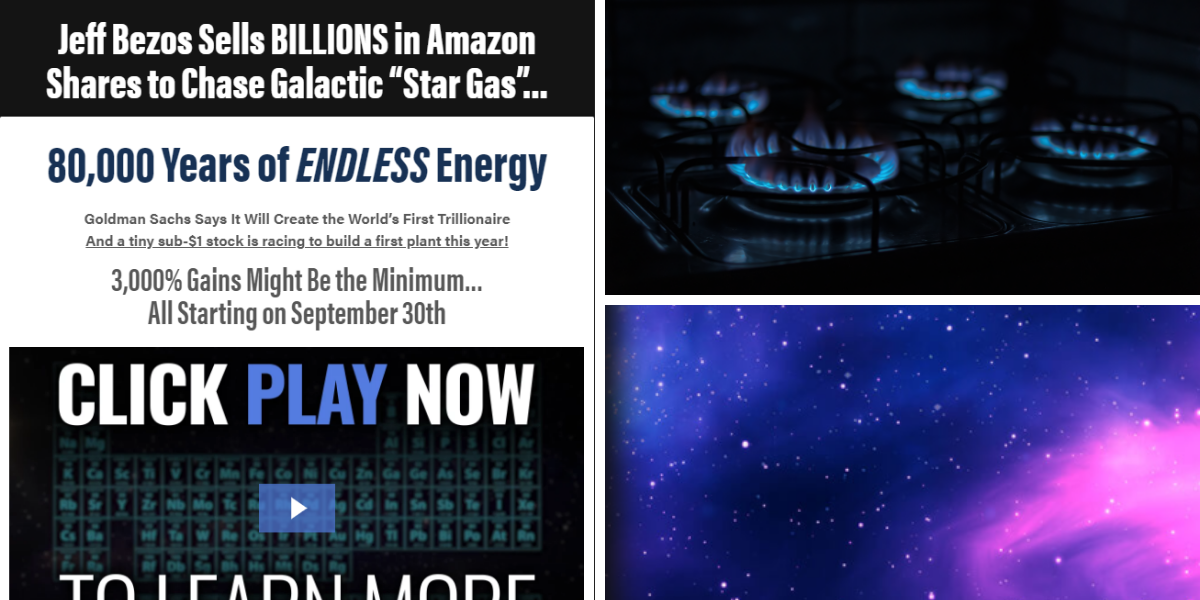 Long-time energy investor Keith Kohl is here to share an investment opportunity with us that his research shows “will produce enough wealth to create 25 million billionaires”. A light touch is not Keith’s strong suit.

But this is because he has discovered a small “star gas” stock trading at less than $1, which has the key to “infinite energy”. He think it’s one of the best shots for everyday Americans to get richer in 2021, no matter how much you invest. Lets explore these claims further.

This is all about a fuel that experts say will “solve humanity’s energy needs for 80,000 years”. He isn’t alone in touting the wonders of this energy, with Goldman Sachs predicting it will produce the “world’s first trillionaire” and Wired saying it is a “clean, virtually infinite power source”. 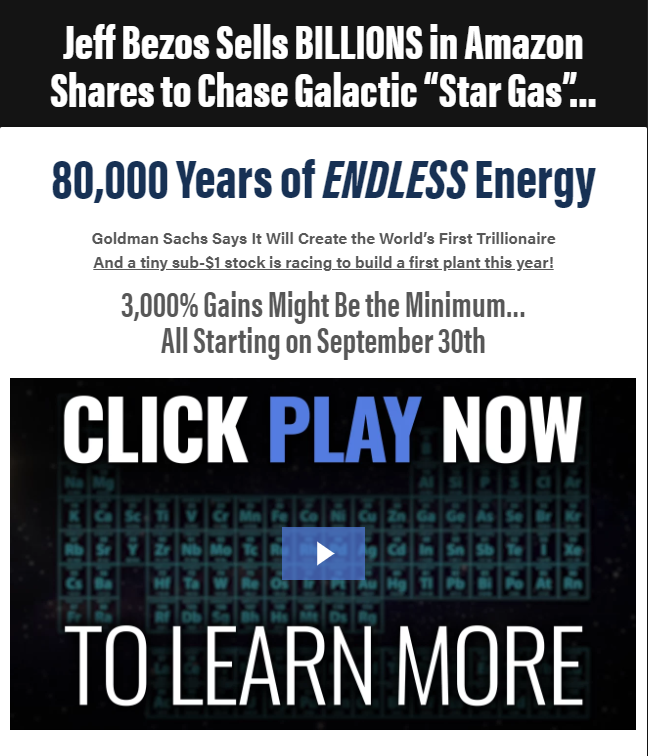 Keith Kohl is editor of the brand new investment newsletter Family Office Advantage, which provides in-depth coverage of little-known investments trends and special strategies to grow your wealth. For nearly two decades, Keith has covered the energy market and made some major calls before the mainstream media caught on, including the now-famous Bakken oil boom. We have written about Keith’s teasers here in the past, including most recently with his “On-Demand Everything” Stocks and going back a bit further, his “TriFuel-238” Company.

Unlike other forms of energy, one teaspoon of this fuel can apparently:

All with no carbon emissions, pollution or material environmental destruction.

This is why a single pound of this stuff is worth up to $640,000…and according to Keith TONS have just been discovered.

This of course would make “star gas” worth trillions, perhaps even more. Given this, it should come as no surprise to anyone that aspiring overlords, such as Jeff Bezos, Mark Zuckerberg, Google’s Larry Page, and others are pouring billions into the space in a bid to corner the market for trillion-dollar star gas.

But there’s just one catch…

In order to find out more about and get the ticker symbol of the “star gas” stock trading at less than $1 mentioned at the beginning, you need to subscribe to Keith’s new Family Office Advantage newsletter for $1,999 if you join before September 30th.

What in the World is “Star Gas”?

We already know that this fuel isn’t like traditional oil or gas, so it’s not a product of fossils.

Its actually a product of the sun and not just the sun, but every star in space. However, due to the Earth’s magnetic field, “star gas” doesn’t breach our atmosphere, In fact, “there’s hardly any available on this planet!” Keith believes this is what has sparked an astonishing space race, a scramble for this fuel that’s critical to $36 trillion of the world’s industries.

He also notes that “it won both World Wars, put men on the moon, and it’s behind innovations that save millions of lives everyday, like the MRI”. Ladies and gentlemen, the magic “star gas” is helium.

But not just any kind of helium, we’re talking about high-grade helium that is at least 99.95% pure…the kind that’s used in all of our current technology. But because helium is 13.6x lighter than air, it’s the only element that literally leaves the planet. So while helium is the second most abundant element in the universe, it’s one of the rarest here on Earth. Even rarer than gold, says Keith.

Bottom line: we already use much more helium than we produce. It doesn’t help that helium demand is set to double from its current level to nearly 14 billion cubic feet of gas each year, while “current production is less than half that amount”.

Following the money lays bears out this supply/demand problem. Just four years ago, helium sold for $100 per thousand cubic feet, or MCF. By 2020, the price had more than tripled to over $300 per MCF and recent private contracts have traded hands for nearly $700 per MCF. 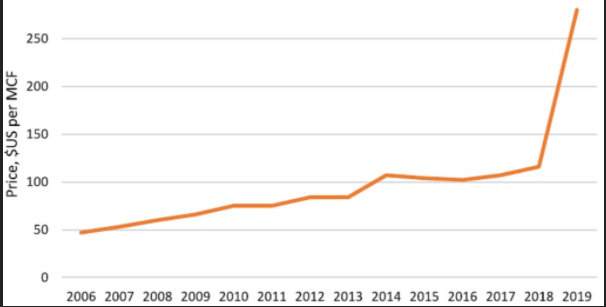 This is why Keith is adamant that “this is what will create more new millionaires than any other industry over the next decade”. He says to mark his words (we are) that “many people who get in early will become millionaires”.

All you have to do is grab a tiny “Star Gas” stock currently trading below $1 per share, which could possible own the world’s most valuable piece of land. Lets find out the name of this company.

Keith calls the land this company owns the “Saudi Arabia of Helium”. Here’s some clues he offers up that will help us reveal its name:

Admittedly, this isn’t a whole lot to go on. Nonetheless, we we’re able to piece some of the info together and have come up with Imperial Helium Corp. (TSX.V: IHC) as a possibility. Here are a couple reasons why:

Are the riches that this company is set to unleash truly unfathomable or is it all hopium?

Imperial Helium by its own admission, is a mid-tier Canadian company competing with major global players in the helium market. It is focusing on sourcing high-value helium opportunities that are ready to extract, separate, and sell.

This is interesting for several reasons, the first being that global supply of the critical element known as helium is indeed running low. It is the only element on the planet that is a completely nonrenewable resource. Secondly, the company states that it has developed a proprietary database of existing helium bearing wells that it is evaluating for acquisition and that this strategy makes production that produces cash flow realistic within 24 months from acquisition.

With the company only recently commencing field operations at its Steveville helium property this past June, it could be a while (24 months or more) until some production may come on line.

If you have some play money in your investment account, this early-stage stock may prove to be a worthwhile wager over the long-term.

Ever invested in a similar alternative energy opportunity? Do you believe helium can hold the key to the ever-elusive nuclear fusion energy? Let us know in the comments section below.