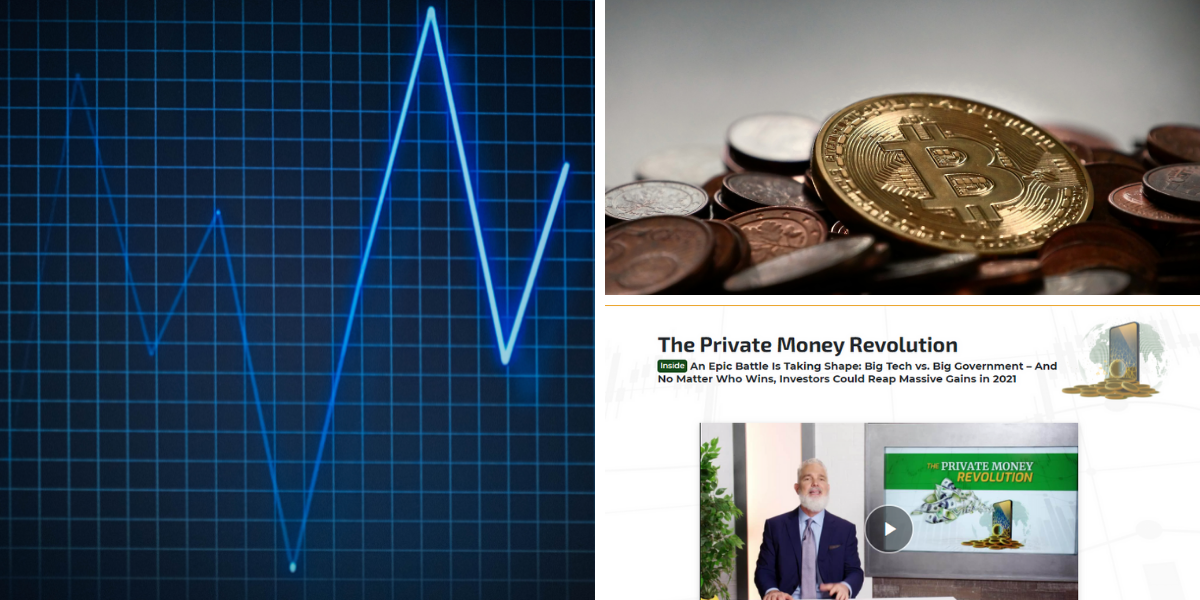 The ever prolific Jeff Brown is back with another teaser. This time around he’s here to tell us about “a major tech shakeup” that is underway. For hundreds of years, governments have kept tight control over the issuance of cash, but soon, their money monopoly could grind to a halt.

This is entirely due to the tech oligarch class which has risen over the past three decades and one tech billionaire in particular – Mark Zuckerberg, “who is plotting a move so big, it’s hard to believe”. Zuck is apparently planning to launch a new technology and a separate, competing financial system along with it!

According to Jeff, Zuckerberg isn’t alone. With Amazon close on his heels, Google has also made a major move, partnering with Coinbase to integrate crypto into its Google Wallet, and Apple may be getting in on the act too.

Jeff Brown is the founder and chief investment analyst for Brownstone Research. Before founding Brownstone Research, Jeff spent 25 years as a high-technology executive, making him an authority to speak on today’s topic. In the past few years, he’s also been invited to Washington, D.C., where he plays an active role in the Chamber of Digital Commerce. We have covered plenty of Jeff’s teasers here in the past, including his “Convergence” Small Cap Stock and “Digital Leap” Stock, most recently.

By now, many of you have probably heard how digital currencies have gone from “magic internet money” to the center of attention. But most people have no idea what will happen next…that is what Jeff is here to tell us.

But before this, some short history. For decades, every dollar bill and every dime has been minted, printed, and totally controlled by the Feds (central banks). But today, radical changes are on the horizon. “Changes that could tilt the balance of power away from Washington and kick off a new wave of financial innovation unlike anything we’ve seen before”. For investors, Jeff believes this change brings forth a chance to generate immeasurable wealth.

The establishment is fearful of this and sees digital currencies as a threat. European Central Bank President Christine Lagarde has even said they “threaten monetary sovereignty”. Given this, you might guess there’s going to be some sort of clamp down to stop competing currencies from taking flight. Fortunately (for us), there’s some good news. The proverbial cat is already out of the bag, with Senate Banking Committee leader Patrick McHenry (R-NC) admitting:

“There is no capacity to kill digital currencies”

This is why a global race has kicked off “among central banks to figure out their own digital money strategy” before it’s too late. Jeff claims that in order to profit from these new digital currencies, it’s best to invest in the tech behind it and more specifically three blockchain stocks behind it.

To get to the part everyone is expecting…to find out the name of these blockchain stocks, you must subscribe to the The Near Future Report. The subscription will include the How to Profit from The Private Money Revolution special report for $199 for the first year, with 60 days to try it out, 100% risk-free.

Also included for the subscription price is two other special reports, exclusive members-only email alerts, all the back issues of The Near Future Report, plus a full archive of special reports.

What is the Private Money Revolution?

To understand why this is such a big deal, we need to take a look back at the roots of America. The country was founded on the idea of separation between church and state. For thousands of years prior, government and religion were one in the same.

This reign finally came to an end with the first amendment to the U.S. Constitution which states, plain as day: 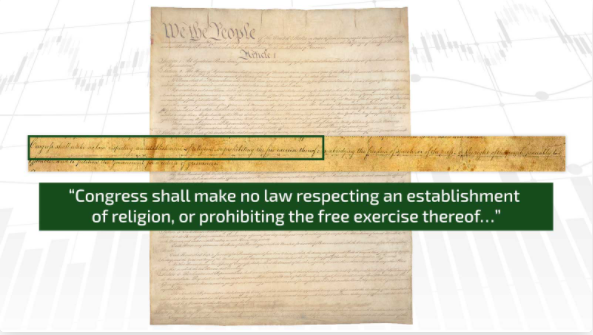 These 16 words caused millions of people to flee Europe for America.

Coming back to the present, Jeff thinks we are currently living through a similar moment in history. “One just as powerful as the Separation of Church and State”. For the first time ever, we are about to see the Separation of Money and State!

Astonishingly, this happening all over and not just in America or Europe, but perhaps on every major continent, simultaneously. This is nothing new however, as the title of “world’s top currency” has shifted from one country to another – over a period of hundreds of years. 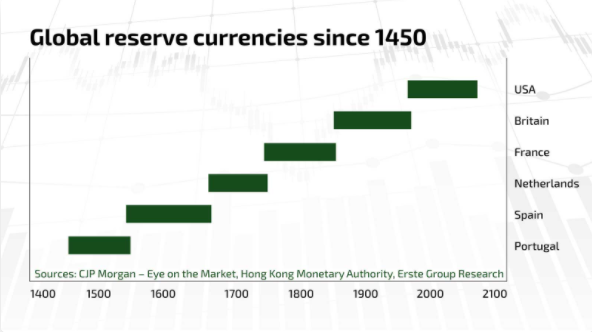 As we can see, most currencies’ reserve status only lasted the better part of 100 years or less. This time around may be no different, as since 1944, the world’s reserve currency has been the U.S. dollar. Jeff tells us that “behind the scenes, a battle is raging between old world banks, the government, and a new financial cartel, led by the top tech minds on the planet”.

Jeff says that each of Amazon, Apple, Google, and Facebook are on the brink of launching their own private currency. Something called a “stablecoin“. Similar to cryptocurrencies, they posses many of the same advantages in terms of privacy, speed, and ease of use, along with the backing of a reserve asset like a fiat currency or precious metal, making them “stable”, unlike free-floating cryptocurrencies. This is what Jeff means when he refers to a “private money revolution”.

This would be a dramatic change and the political stakes are extraordinarily high, but “if you know how to profit from this shift, you’ll have nothing to fear and everything to gain” according to Jeff. The key to making money from this massive shift is understanding and investing in the system behind it. That system is Blockchain, which provides the foundation to the new stablecoins that are about to be launched.

Now that we know the technology that will underpin our new financial system, Jeff tells us that he’s identified three ways to play this massive shift with far more upside, than investing into stablecoins directly.

Since Jeff Brown wisely doesn’t offer us much of any clues about the three blockchain stocks flying under the radar to be able to reveal them, as he fears the Green Bull, let’s just look at some of the merits of blockchain technology itself.

*Let us know if you have any details on these blockchain stocks!

The good news is, if you missed out on the rapid rise in crypto, you’re in luck. Because now you have a second chance to make a fortune as the whole world wakes up to the technology behind them.

Blockchain is essentially a growing list of records, called blocks, that are linked together using cryptography. Each of these blocks contains a cryptographic hash of the previous block, a timestamp, along with transaction data. This is incredibly valuable, as it enables products, items, and goods to be traced, tracked, and managed. As more and more assets become digitized, this technology has the potential to become “30 times bigger than Bitcoin!” Which has a current market cap of over $800 billion as of press time.

The value of blockchain may actually derive from its secure by design nature, which is exemplified by a distributed computing system with high Byzantine fault tolerance. This means that it can cut out the middle man, as no third-party is required to verify transactions.

If stablecoins from some of the largest tech companies in the world do indeed launch later this year or next as Jeff suggests in this teaser, it could be the spark that lights the match and begins a cascade of investment into blockchain tech and the companies creating applications for it. Definitely a space to keep an eye on or both going forward.

What do you think about blockchain-backed, independent stablecoin currencies? Is decentralized blockchain technology indeed the future or will it be co-opted? Let us know what you think in the comment section below.