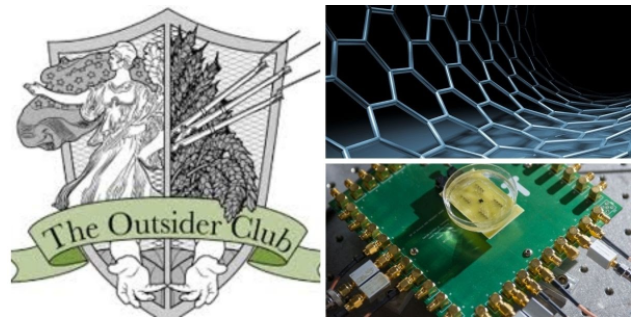 Talk around the need for creating more powerful micro processing chips has been around for years, as technology is approaching a new era and several other sectors of the economy seem to be booming – from Artificial Intelligence to 5G, to robotics, and virtual reality. In his latest investment newsletter, Jimmy Mengel talks about this in-depth, pointing towards a company that is creating a new type of micro processing chip that “will retain U.S. dominance” and “could make early investors 12,795% returns on their money”.

The company’s name and ticker symbol are revealed in a report called The “God Chip”: The Semiconductor Revolution for Five-Digit Gains, which is part of the newsletter subscription program The Crow’s Nest, for $99 per year. For that price, clients will receive the latest investment research, insider opportunities, as well as two bonus reports. For those who would like to learn more about the opportunity without having to open up your wallet, here is what we were able to reveal for free.

Mengel is the editor of two investment newsletters, including the Outsider Club, where he provides the behind the scenes story of mainstream financial news to his clients daily.

He previously worked on a qualitative research project studying the Patriot Act, which helped him develop a new mindset regarding freedom and personal liberties and has been a frequent guest on CNBC. Mengel claims that his investment approach “is very different from that of your typical financial guru” because he has traveled around the world and talked to top CEOs, leaders, politicians, and businessmen.

He claims to have predicted the “wave of legalization” of recreational drugs and saw marijuana’s potential to replace “dangerous opioids and become a leading form of medicine”, which allowed him to invest early in marijuana stocks and enjoy gains of up to 1,000X in a matter of months.  He has previously instructed his clients to invest in companies like Cronos, InMed Pharmaceuticals, and Canopy Growth Corp., which saw huge increases in their stock prices.

The opportunity behind Mengel’s “God Chip” comes courtesy of a fundamental tech shift needed to unlock around $17 trillion in new wealth. According to the author, “Artificial Intelligence, 5G, the Internet of things won’t be possible without it.”

He starts his pitch by saying that Silicon Valley is dead and that more companies are leaving Palo Alto by the day, deciding to relocate hundreds of miles away. As for the reason behind Silicon’s Valley collapse? Physics.

Mengel’s big claim is that Moore’s law is dead and that companies need to find another way to make their microchips powerful to reflect the new technological reality. For those who are not familiar with the passage by American engineer Gordon Moore back in 1965, it refers to the perception that the number of transistors on a microchip doubles every two years, while the cost of computers is halved.

Moore’s Law states that we can expect the capability and speed of our computers to almost double every couple of years, while we pay less for them. However, many publications and scientists believe that the law can no longer be proven, as “traditional computation is dying”. The reason behind this claim is that silicon, the main material used for making conductors, will become inoperable if transistors get any smaller, which would cause the microchips to overheat and leak.

Jimmy Mengel talks about a $1.5 billion project initiated by the Defense Department, called Electronics Resurge Initiative, and run by the Defense Advanced Research Projects Agency (DARPA). Through this project, and with the help of “one little company”, the fate of microchips has changed, paving the way for microchip technologies to advance even more over the next years. What Mengel promotes is investing in this company that allegedly is protecting its tech with over 14,000 patents and can disrupt the major players in the industry, such as Intel and Qualcomm.

The Microchip Company Being Teased

Ever since the beginning of his letter, the author talks about potential of 10,000% gains, enough to turn a minor initial investment into a decent profit that can change an investor’s life in only a few years time. According to him, this “God Chip will retain U.S. dominance” and that “surging demand for computing power could make you 10X your money”, as microprocessors “must become 1 million times more powerful” to take upon the future market’s demands. We have covered similar teasers here in the past, see: Chris Wood’s Microcap Microchip Company and Shah Gilani’s Hyperdrive Stocks.

The material he is talking about is graphene, which has “a honeycomb structure that can be used to roll up tiny tubes”. Mengel also says that “it’s the thinnest material ever found… and that it’s 200 times stronger than the steel used for construction”.

Unfortunately, there are dozens of potential companies Mengel could be pointing towards, including Analog Devices (NASDAQ: ADI), or Skyworks Solutions (NASDAQ: SWKS). Each of these companies is known for manufacturing semiconductors and microchips and both are based in Massachusetts. Some of them even participated in DARPA projects but we cannot tell for certain which of the two is Mengel’s pick.

Other companies like Samsung, Apple, and Google are also taking up the challenge, willing to develop the necessary graphene technology to manufacture their own microprocessors.

Is Graphene A Good Investment Opportunity?

Since we couldn’t reveal the exact name of the company teased by Mengel, we will strictly refer to the graphene technology as a whole. More and more scientists and reputed publications mention that Moore’s Law can no longer be supported, seeking alternatives to the popular silicon transistors.

Graphene has proven the most reliable choice so far and rumors about replacing silicon have been making the news rounds since 2014. Understanding the market’s potential, many companies have jumped on board, including giants like Apple, Samsung, IBM, Google, Fujitsu, and even that former bellwether Xerox. These companies are now battling for patents that will allow them to create their own graphene-based microchips.

Given this staunch competition, it is unlikely that a smaller, as yet unknown company will reach the maturity phase, and emerge as the ultimate winner in this race, even though some might eventually be acquired for their tech, which will create plenty of arbitrage opportunities.

What do you think about Mengel’s predictions? Do you think the Silicon Valley era is over? Would you invest in a company that produces graphene microchips? If you have any guesses or additional information on the company being teased, let us know in the comment section below this post please!