Is Jim Cramer Legit? – Don’t Follow His Advice Until You Read This 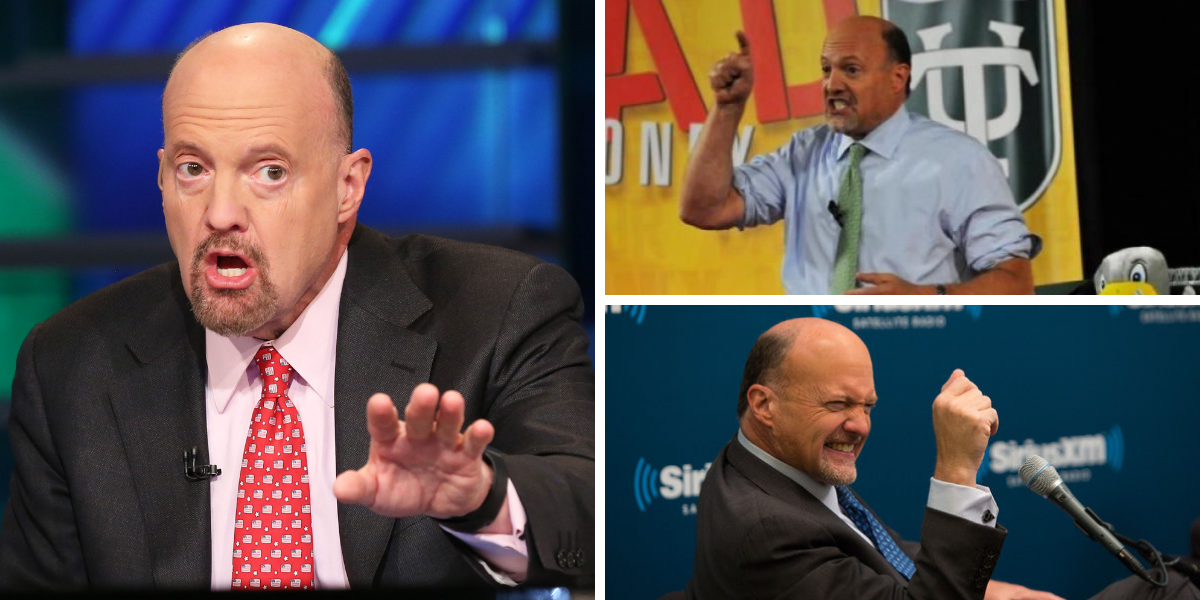 Is Jim Cramer legit? Should you actually follow his advice? Or is he just a talking-head that talks a little too much?

If you've seen Cramer then you know darn well he's a screamer. The man loves to scream and is a great talker (screamer), which is why he's become so successful in the media (not saying his stock picks are very successful).

He's easily one of the most well-known financial forecasters out there, has a net worth of around $100 million, and he's always on the news... so he must be legit... right?

I mean, if he's worth that much then he most be one heck of a stock picker, right? 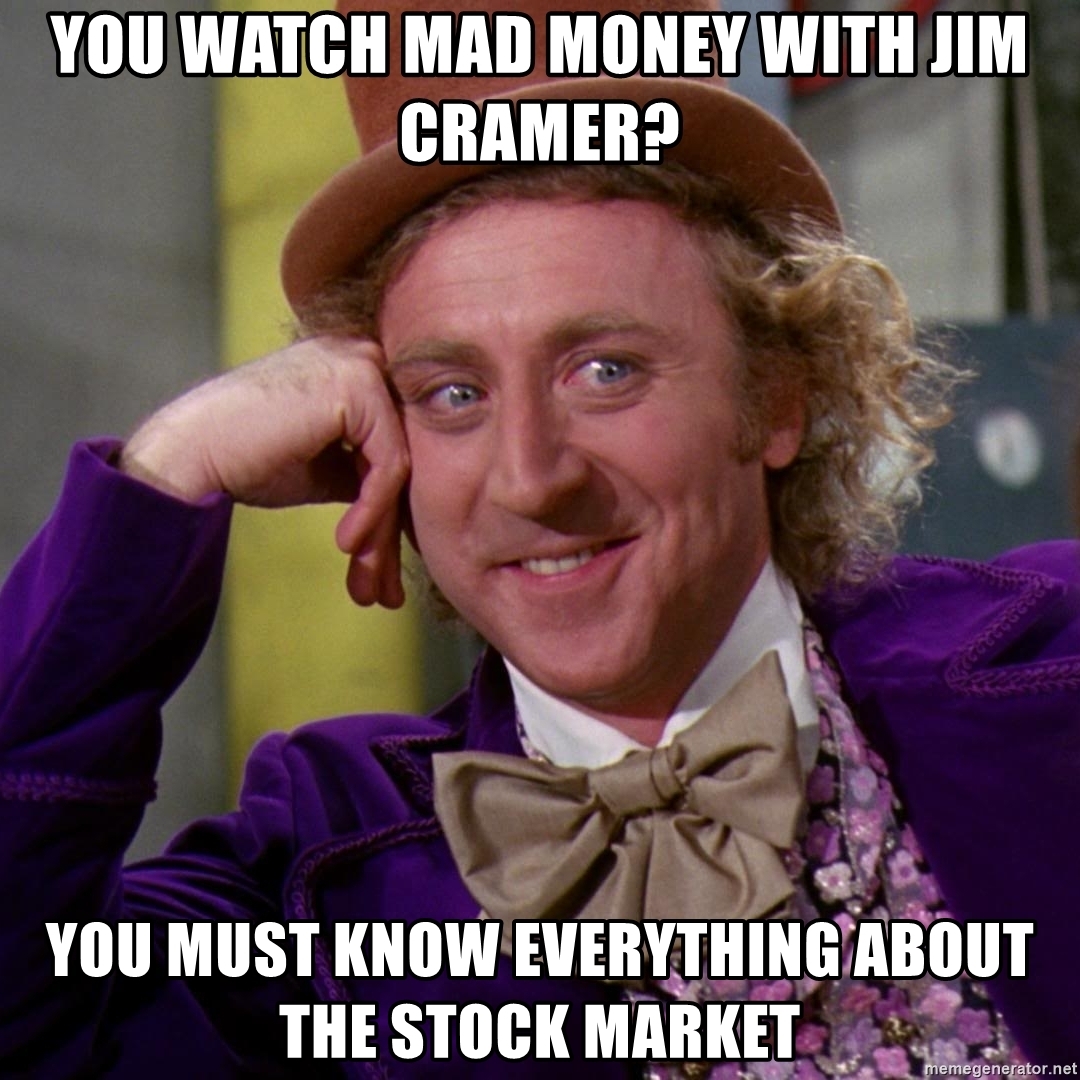 Who Is Jim Cramer?

Jim Cramer, as many already know, is a talking head over at CNBC where he hosts Mad Money, an educational show with the focus of investment and speculation in public stocks.

Cramer graduated from Harvard College with a bachelor degree in government and later with a Juris Doctor degree from the Harvard Law School... and it was during law school that he started investing in the stock market.

After graduating with his law degree in 1984 he started working as a stockbroker for Goldman Sachs and then left to start his own hedge fund in 1987.

He founded The Street (a financial literacy website) in 1996 where he coined the term "Chicken T!ts Tartars" when referring to stocks he predicted would moon in price, was a guest commentator on CNBC in the late 90's, and then started hosting Mad Money on CNBC in 2005, which of course is still around today.

He has a solid background and was supposedly wildly successful with his stock picks early in his career, but it seems that with all his fortune and fame things have changed... or at least that's how it seems to me.

A Track-Record "Slightly Worse Than a Coin Toss"

One interesting article I stumbled across during my research comes from the founder of CXO, Steve LeCompte, who conducted a study to see just how accurate these investment gurus really are.

It was a study of gigantic proportion, in which he gathered 6,584 written forecasts for various investment gurus and tracked the outcome of these predictions, all within an 18-month period between 2004 and 2006.

There were 62 forecasts made by Jim Cramer during this period, most (maybe all) of which came from a column he used to write for in New York Magazine, and the accuracy rate... only 46.8%.

Furthermore, a 2016 study of his recommendations made via his Action Alerts Plus subscription advisory service found that his portfolio here actually trails the S&P 500, meaning that you'd be better off just buying a good S&P 500 index fund. A study by researchers at Wharton School at the University of Pennsylvania found that from 2001 until the time of the data collection (2016), Cramer's picks trailed by -1.39%. His portfolio did outperform the S&P at some points, such as several years before the 2008 recession due to having selected small-cap companies that performed well pre-recession, but other than that it hasn't faired too well... and the cumulative gains are what we are focused on and are what trailed the S&P 500 altogether.

And let's talk about what happened at the beginning of the 2008 recession, which is when Cramer was screaming to SELL, SELL, SELL.

Sounds like a good idea, right? However, he probably got a little carried away with his screaming and panicking... which led to many going out and selling everything, including steady blue-chip stocks that have provided strong long-term gains... and then he totally missed the market low in March when he should have been telling people to buy back in. All in all, the calls he made were great in the short term, but bad in the long-term... and they weren't what you would have heard following the long-term investing advice given by people like Buffet, Munger, etc.

Some other notable bad suggestions he's made include...

On the upside, he claims to have only one year where his overall returns were negative, which was 1998. And... let's not overlook some of his better moments, such as how he claims to have sold all of his stocks before Black Monday back in 1987... which proved to be a very smart move.

At this point we know he's a screamer who has a track-record slightly worse than a coin toss. Things aren't looking all that great... and now let's get into some controversy surrounding the guy.

In the 90's Cramer made some stock recommendations, which he had already bought into, and then which he profited handsomely from.

How does a nice $2+ million profit sound? That's how much Jim profited here, and luckily he was caught red-handed and faced a bit of controversy from the whole thing... but it was just a slap on the wrist really.

Following this recommendations, Smart Money magazine received negative press and had to create more strict rules regarding outside contributors that disallowed them from writing about personally-owned securities... and there was an SEC investigation (informal supposedly).

What he did here was sneaky. He did in fact disclose that he invested in one of the stocks he recommended... but that was it. The kicker is that his company, Cramer & Co, had invested in all four of his recommendations.

*The information on this is a bit confusing. A New York Times article on it mentions him profiting from 3 stocks, but another article I found mentions him recommending 4 stocks he was invested in. Maybe he did recommend 4 stocks but only profited from 3 of them... I don't know... but this doesn't matter so much. The point is that he profited $2+ million by investing in stocks and then blasting out the recommendation to BUY, BUY, BUY (screaming).

Later, in 2000, Cramer faced some more controversy... this time from a lawsuit from Fox News.

TheStreet.com, which Cramer is a co-founder of, canceled a program on Fox and this is what led to the lawsuit being filed against them... but what's most interesting here is that this dispute came about after Cramer promoted his TheStreet.com stock on his Fox News show without giving the producer any prior notice of such.

Investing in stocks and then promoting them for massive profits? Promoting a company's stock that you co-founded and are a major shareholder of...? Sounds a bit fishy... and not the type of activity we'd like to hear about from someone that you want to trust.

Well, the choice is ultimately up to you, but I certainly wouldn't recommend blindly following Cramer's advice. He has made plenty of good predictions over the years and definitely knows what he's talking about at times, but it seems that he often acts in his own self-interest and many worry that he is subject to manipulation with all the fame and power he has coming from this.

If you listen to Jim Cramer, just be sure to supplement his information with your own research and due-diligence.

An article at The Motley Fool calling him "the closest thing to a walking, talking hazard for the individual investor there is"... which says a lot.

There are a lot of options when it comes to financial advice. There are plenty of investment gurus to go around, but it seems that the ones that talk the loudest are often the ones you want to avoid the most.

Here at Green Bull we often expose investment teasers that are pumped out by gurus spending millions of dollars to promote their subscription investment advisory services. They spend loads of time and money creating marketing pitches and hyping up opportunities when they could be focusing more on actually providing the best recommendations possible.

Here at Green Bull Research we like performance and we don't like a lot of talk, which is why we highly recommend Capitalist Exploits' INSIDER advisory service. INSIDER is run by two professional money managers and they focus on long-term investments in beat-down sectors that are pretty much guaranteed to bounce back - highly recommended.