Jeff Siegel’s Helix-Scaling Stock – The Most Powerful Innovation of the 21st Century? 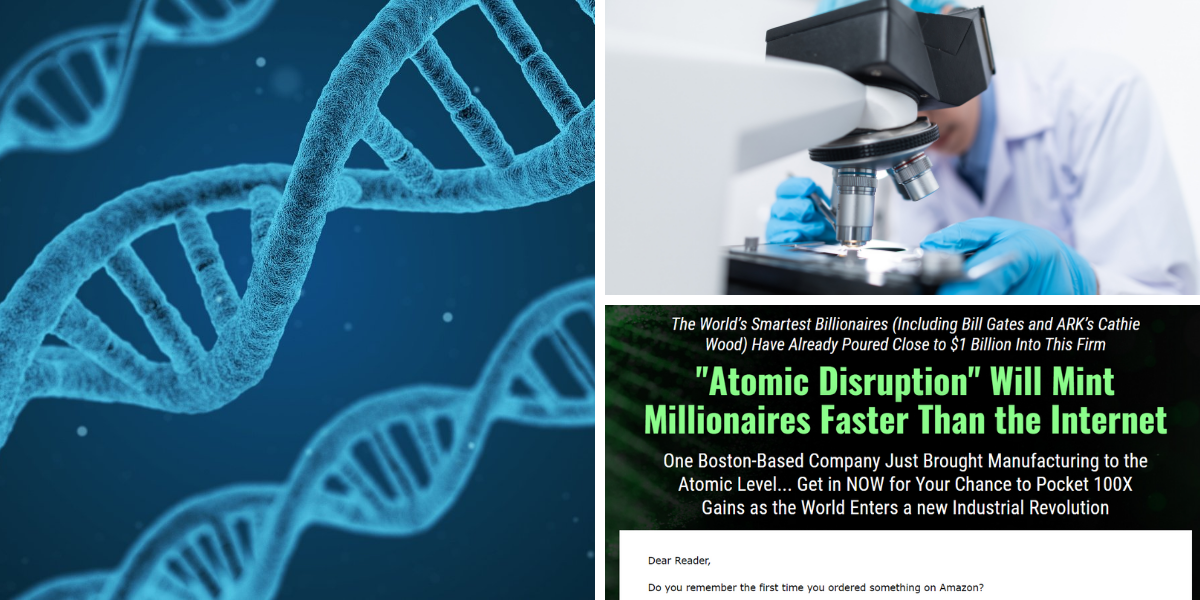 Jeff Siegel is here to give us all a rare do-over. If we missed out on buying into Amazon and Google in the early 2000s, we shouldn’t fret as “Atomic Manufacturing” that will mint millionaires faster than the internet is here.

One Boston-based company has just brought manufacturing to the atomic level and with it our chance to pocket 100x gains as the world enters a new industrial revolution.

Jeff calls this trend “Helix-Scaling” and in this presentation he’s going to pull back the curtain to reveal why this will be the most important megatrend of the next 20 years. Jeff Siegel is Energy and Capital’s clean energy guru. After launching the independent investment research service, Green Chip Stocks in 2006, Jeff has become a sought-after investment expert in the clean energy space. We have covered several of Jeff’s presentations here in the past, including his “10 Day Jackpots” and “Molecule 520” Stocks for 70,000% Gains.

To be sure, this isn’t about blockchain, 5G, robotics, the internet of things, or artificial intelligence. In fact, Helix-Scaling isn’t even about human-invented tech at its core. Jeff tells us that its about utilizing an “operating system” that’s existed for 4 billion years, but scientists only recently learned how to tap into it.

Some experts seem to concur with Jeff’s conclusion, with Professor Jean Peccoud from Colorado State University saying Helix-Scaling is “a cultural revolution that will have far-reaching implications” and consulting firm McKinsey adding that “the potential for beneficial economic and social impact seems enormous”. Even billionaire Elon Musk tweeted that Helix-Scaling has quote “amazing potential”.

So we know that Helix-Scaling has already reached around 1 billion people within less than a year since the end of 2020 — even though most people are still oblivious to it. Making its growth rate about 10 times faster than that of the internet. But what is it exactly? This is what we are going to learn next, while also revealing the stock that is expected to become as synonymous with this new sector as Amazon is with e-commerce.

To learn more about this “atomic disruption” and the little-known company spearheading it, we will have to subscribe for a risk-free trial to Jeff’s Green Chip Stocks independent investment research service. Normally this would cost us $249, but for a limited time we can get an entire year’s subscription for $99. This includes the “Helix-Scaling: How to Tap Into $4 Trillion of New Wealth With One Stock” special report, a second free report dubbed “The Future of ‘DNA Manufacturing”, as well as all of Jeff’s recommendations, alerts, and stock picks.

What in the World is Atomic Manufacturing?

At a fundamental level, Helix-Scaling, Atomic Manufacturing or any other name we want to use for it, is about self-assembling, self-repairing, and manufacturing DNA at an atomic level. This is synthetic biology in action.

We all know DNA looks like a twisted ladder of sorts and scientists call it a double helix, but what we may not know is that it works almost exactly like computer code. For example, while computer code is a set of 1’s and 0’s, DNA code consists of four letters: A, G, T, and C.

Well, what some scientists are starting to do is rewrite tiny sections of a cell’s huge string of code, we’re talking about less than 1%, in order to make it do something new. Like grow a protein that gives plant-based hamburgers the texture, taste, and smell of meat or reprogram cells to make them destroy cancer. Admittedly, this feels a little bit like a child playing with fire, except that the consequences could somehow end up being even worse in the end.

Having said that, there is no denying that this definitely has the potential to usher in a new industrial revolution with infinite moneymaking opportunities. Jeff says that there are already some 400 Helix-Scaling applications scientifically possible today. From screens that are extremely thin and flexible yet robust enough for foldable smartphones due to the DNA of translucent plant parts to extremely strong adhesives for almost-unbreakable glass, made possible by insect DNA. We could go on and on, but you get the idea.

Such amazing new materials are disrupting the electronics, defense, construction, pharma, food, energy, and manufacturing industries and could create annual wealth in the amount of $4 trillion. According to Nature, Helix-Scaling could extend to THOUSANDS of new products in the coming years, including applications we can’t possibly imagine today.

This is why Helix-Scaling is possibly “the century’s most valuable innovation” and there’s one little-known company that is at the heart of it all.

There were quite a few details revealed about the company in question, so let’s get right into them:

Given the solid amount of clues left for us, the company here is unquestionably Ginkgo Bioworks Holdings Inc. (NYSE: DNA).

Ginkgo Bioworks is a synthetic biotechnology company that designs custom microbes for customers across multiple markets, from food to fragrance to pharmaceuticals.

Founder Tom Knight once stated that “the interesting thing to program in the 21st century isn’t going to be computers — it’s biology”. He may be right, as the same catalyst that triggered the explosion of the PC, internet, and cellphone sectors, is now coming to biology. I’m talking about a dramatic price drop.

For example, in 1990, it cost $2.7 billion to sequence the entire human DNA, in 2007, the price dropped to $1 million, and today you can get your DNA sequenced for just a couple hundred bucks. That’s a price decrease of more than 99%. This is what makes industrial DNA sequencing economically possible for the first time in history.

Regardless of how we may feel about the real-world implications of toying with DNA, the amount of proprietary DNA code that Ginkgo owns coupled with the fact that the industry is expected to grow by almost 1,000% between now and 2024, and it could be a real boon for the company and its stock price.

What are your thoughts on genome editing? Amazing innovation or harmful development? Tell us in the comment section below.