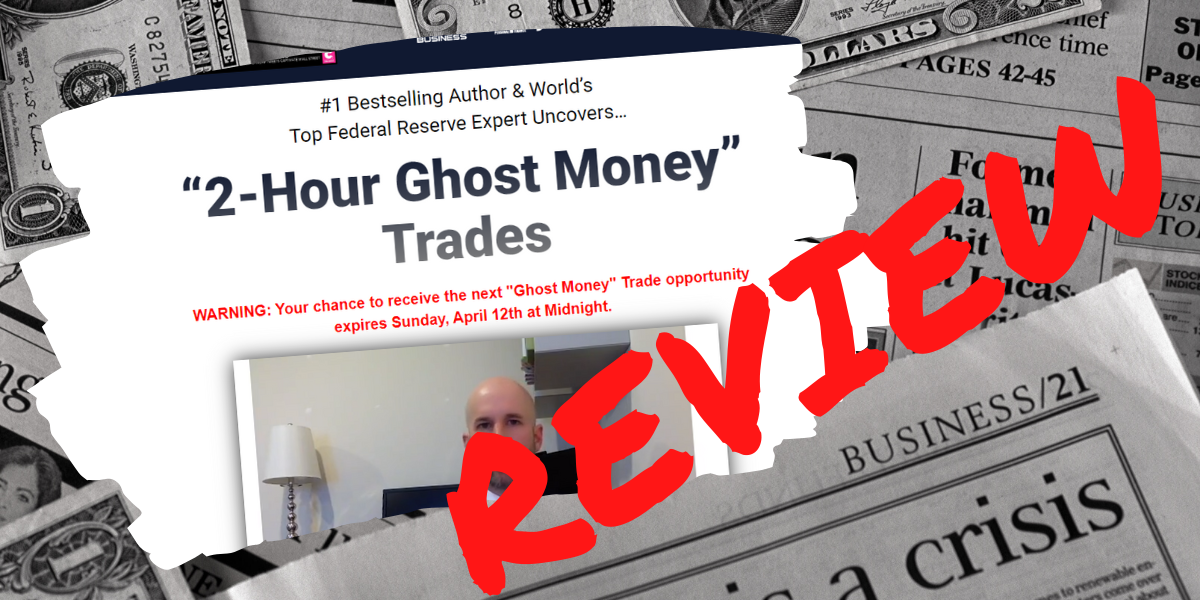 Graham Summers talks about how these "2 hour ghost money" trades could have made you "$21,900 in as little as two hours", but is this legit? And is it really as easy as it seems?

In this review I'll be going over what exactly this "ghost money" is that he's talking about and whether or not it actually exists, how his trading system works, the sales pitch he's feeding us and more. 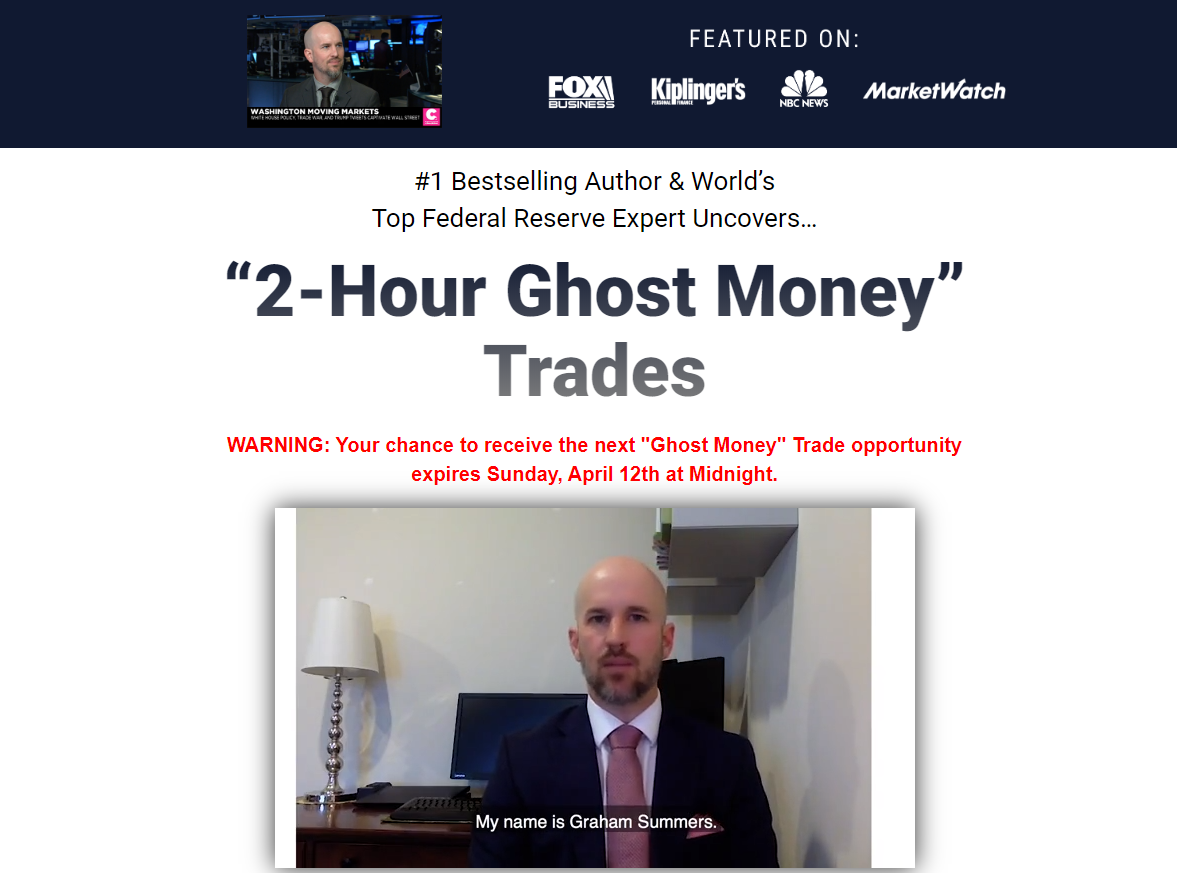 It's quite a lengthy, long-winded presentation that goes on for what seems like all of eternity, but to sum things up, here are some of the key points we were told...

We are told that large amounts of money are being pouring into certain stocks, driving the price up for around 2 hours, and then settling back down. The idea is that we can get in on these opportunities and ride out the price surge... and in the presentation we are shown about a hundred past examples... but of course making examples like this after-the-fact is easy to do.

Let's cut to the chase and talk about what's really going on here.

What Is "Ghost Money"?

"Ghost money" is a term that Graham Summers made up for marketing purposes, similar to other made-up terms from different investment teasers out there, such as the Jame's Altucher's "7-Day Glitch" and Jeff Yastine's "Q Shares".

Graham claims that central banks invest in stocks on a regular basis as a way of stimulating the economy by pushing stock prices up. Now some country's central banks do so openly, like Norges Bank, the Swiss National Bank, the Bank of Japan, etc.... but in the US they do not as far as we know... and they shouldn't be because it would compromise the FDIC guarantee on US citizens' bank deposits.

However, Graham basically is calling them out as liars, and says they do indeed do this but will never admit it.

Graham Summers talks about Fed Chair Jerome Powell's statement back in 2012 when he mentioned a “short volatility position” they were using to help the market... and what Graham claims this means is that the Fed was either shorting the Volatility Index (VIX) via futures or options.

HOWEVER, there is just about no proof of this actually happening and reputable sources like Seeking Alpha make it clear that this absolutely does not mean that the Fed is shorting the VIX.

But anyways... it all depends who you believe. Graham is convinced this is secretly happening and him and his research team have developed an indicator to identify when it happens.

What we are told is that the indicator him and his team developed is a proprietary combination of different indicators that analyzes the top 4 stocks. That's it... just 4. These include Microsoft, Apple, Amazon and Facebook.

Basically, they alert as to when the price of a stock increases and the volume decreases at the same time, as was shown in the presentation... 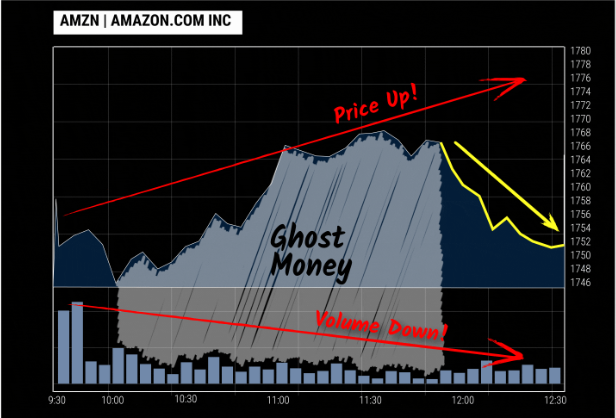 We are told that this indicator has an 80% win rate, which is believable because it's not an outrageous claim by any means.

That said, charts like that shown above do obviously show large amounts of money pouring into a stock because of how the volume decreases when the price increases... but there is no way to tell if this is coming from the Fed. But then again, I guess if it works and is an investment strategy that can make you money, who cares where the money is coming from..

Who Is Graham Summers? 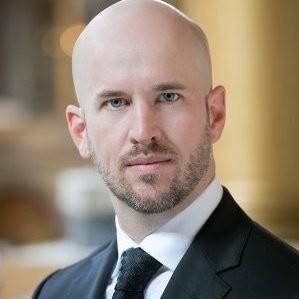 Graham Summers is the founder of Phoenix Press, which is an independent research firm that provides investment advisory services via newsletter services. He has over a decade of experience in the world of financial research and business strategy, has held executive positions at startup companies, and is considered a world-renowned expert on central bank policy, which makes perfect sense considering this "ghost money" teaser - and he's also the author of the bestselling book The Everything Bubble: The Endgame for Central Bank Policy.

His expertise in the world of finance has led to him being featured on media outlets like CNN Money, Fox Business, Financial Life Radio, Rolling Stone, Ron Paul Liberty Report, MoneyTalk Radio, and more - and his work has even been quoted by people as high-up as presidential advisors and US senators.

It's also worth mentioning that he predicted the 2008 financial crisis and was able to produce positive gains that year for his newsletter subscribers.

In short, he has quite a background and is someone that knows what he's talking about - and let's not forget to mention that he also knows how to throw one heck of a sales pitch.

As you know, the "2-hour ghost money trades" presentation was a sales pitch.

This is a breakdown of what you get if you join: 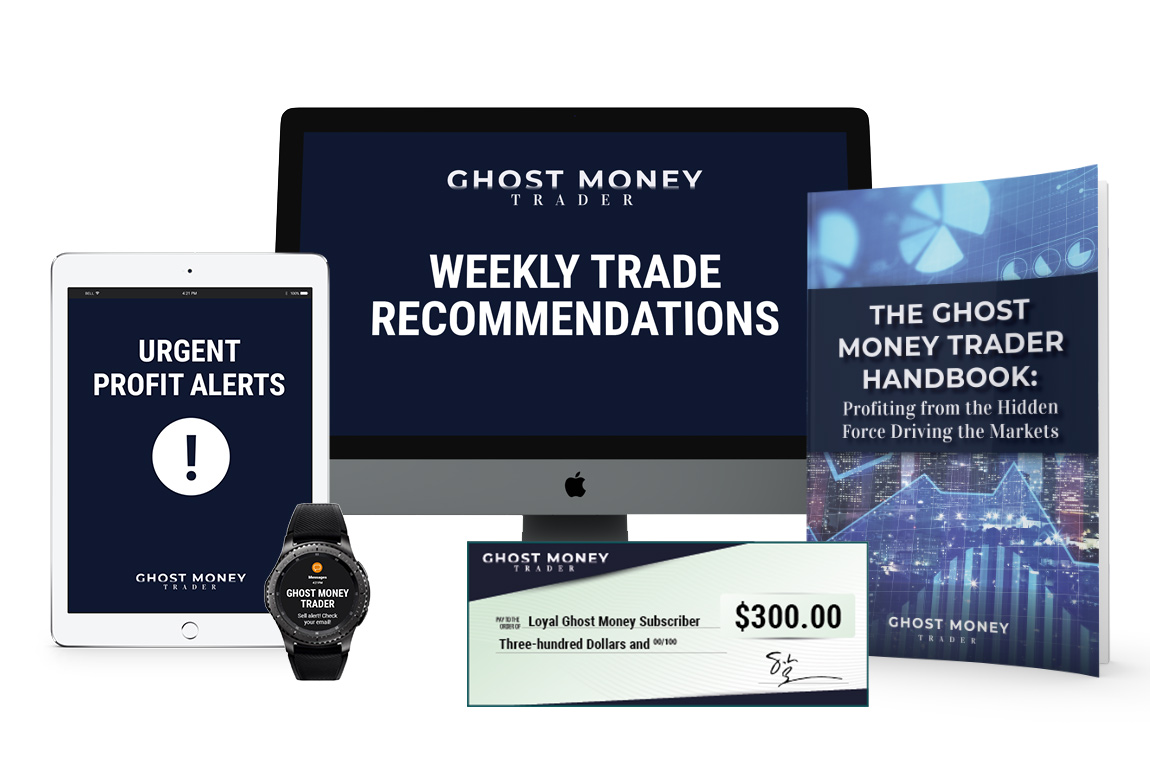 First I was thinking... why on earth are they giving this stuff away? Why not just keep the darn watch and the check and lower the cost of a subscription?... which is $3,000/yr ("discounted" to $2,500) by the way. Then I realized why they are doing this... and it's a sneaky little sales tactic, in my opinion at least.

In my opinion it's just an easy excuse to not give out refunds, as you can see...

Are These "2-Hour Ghost Trades" Legit?

Absolutely. This is just regular old stock trading here. Now whether or not the underlying reasons for these price movements that this trading system is capitalizing on are actually coming from the Fed's interference is not known... but if the trades make money then the trades make money.

It's also worth mentioning that the sales pitch is over-hyped and a lot of people worry that it might be a scam because it sounds too good to be true and whatnot - the Ghost Money Trader is a legit service.

And there you have it! Hopefully this review has cleared the air on what these "ghost trades" and what's really going on here.

Let me know if you have any questions and leave any comments down below...