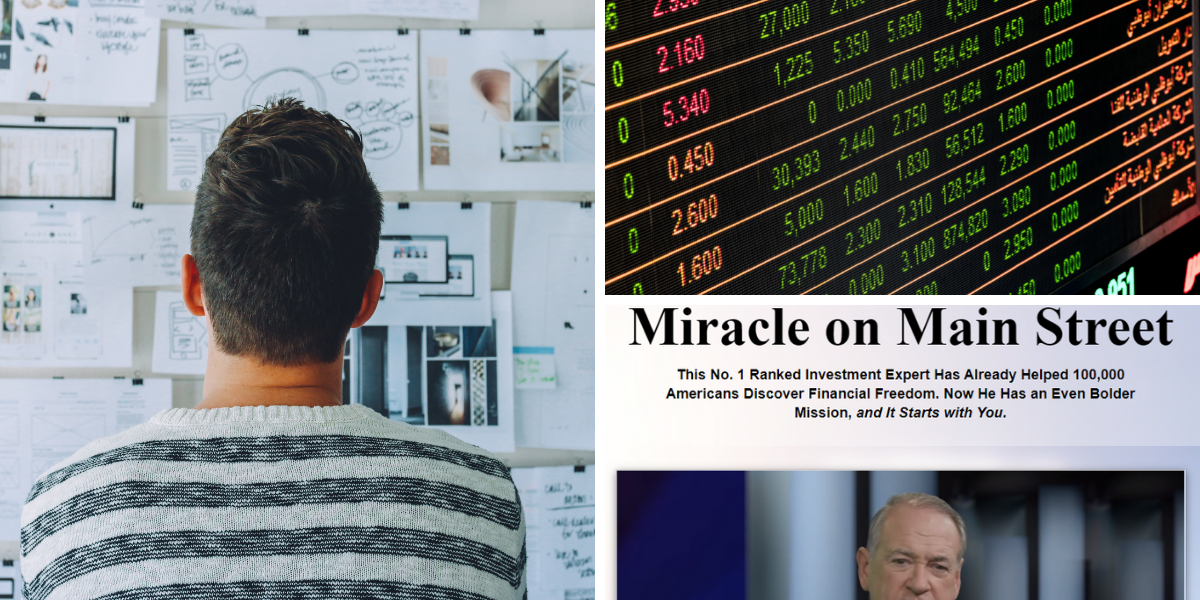 Charles Mizrahi is back and he’s brought…Mike Huckabee with him!? That’s right, the former Governor of Arkansas is our host for this presentation, which starts off by stating that 100,000 Americans are now boldly “taking control of their financial future by using a simple service they can access on their computer, phone or tablet…a service that gives them clarity, peace and confidence with their investments“.

It’s the reason why many are calling this service “The Miracle on Main Street”.  Charles says he wants to help 1 million Americans reach their financial goals and it that it all starts today, with this event. Let’s see what he is talking about.

The presentation starts with a look back at Mike and Charles’ first conversation that took place in the middle of 2020. During that conversation, Charles revealed his secret to helping all these Americans reach their financial dreams. What’s the secret? 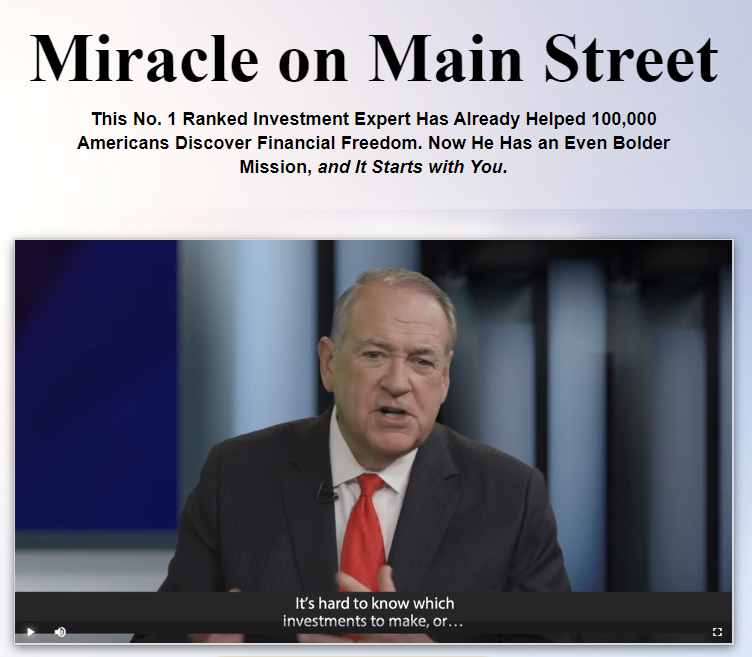 Charles Mizrahi has nearly 40 years of Wall Street experience as a trader, money manager and hedge fund manager. He currently edits The Alpha Investor investment newsletter, which he calls one of America’s fastest-growing investment publications. We have written up plenty of stock picks here in the past, including Teeka Tiwari’s “Anomaly Window” Stocks and Charles Mizrahi’s own “L5” Autonomous Vehicle Stock.

It’s no secret that most people today treat the stock market like a lottery ticket. They blindly invest in stocks, whether it’s tech stocks, penny stocks, IPOs and hoping to strike it rich quick without much or any work at all. Basically they are gambling, but the stock market is NOT a casino, even though it may sometimes operate like one.

If we go back 30 or 40 years, people used to hold stocks, on average, for eight years. Today, the median holding period is 4 months. At this point Charles says that one of the secrets to making money in the stock market, a lot of money, is to “see every investment you make as a partnership”. This harkens back to the timeless concept and fact that when you buy a stock, you’re really just buying a piece of the business. As the business grows, your share of it increases in value.

The key is to know which business (stock) to invest in. This is why Charles created his “Miracle on Main Street” service. To show everyday Americans which companies to avoid and more importantly, which ones to invest in. To this extent, Charles assures us that he is going to reveal three top stock picks in a moment…ticker symbols and all, which are in leading industries and are “expected to rise 500% or more over the next decade”.

Charles Mizrahi’s investment research service is called The Alpha Investor, named after his three investment ethos. A year long subscription to it will currently run you $79 and it comes with a few perks. 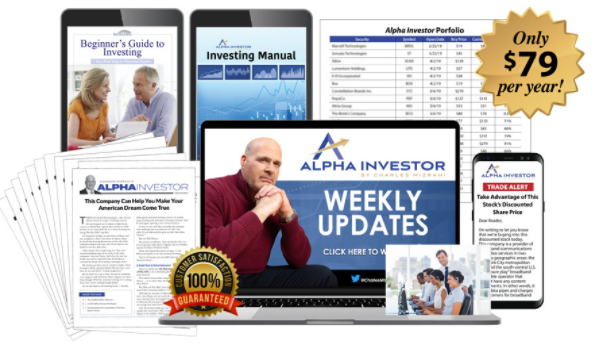 These include top stock picks, weekly webinars, trade alerts, and if people sign up right now, you can also a full refund if the service doesn’t end up passing your value test.

What in the World is The Miracle on Main Street?

The first thing to understand is that Charles is referring to a service here. What kind of service? The kind whose goal is to identify the next Amazon and Wal-Mart. 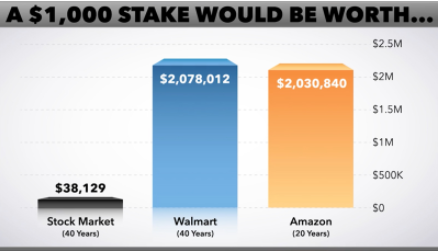 In case we’re uncertain about Charles’ ability to pull this feat off, he reassures us by lamenting about some of his past accomplishments, including being ranked the best market timer by Barron’s seven years in a row, with annual gains as high as 100% in the ‘90s, which is when he made his name.

Through his former wealth management advisory firm – Hampton Investors Inc. Charles recommended stocks such as Apple, Microsoft, TJ Maxx, and a few others that have in some cases climbed 1,000% over the last decade. This service which Charles has created and which readers can get on their computer, phone or tablet, has now reached over 100,000 subscribers. Who in their own words, are calling it a “Miracle on Main Street”.

For those absolutely itching to know exactly what this service is and how it works, It’s none other than Charles Mizrahi’s “elite” research service called Alpha Investor. The service is predicated on Charles’ three alphas:

Bottom line: Charles looks for stocks that reflect the potential for a 100% profit just from the financials.

What kind of companies can you expect to get as recommendations if you become a subscriber? He says the companies he’s recommending are “the type that are in position to survive and thrive in the long run”. Companies like Coca-Cola still fit this description…according to Charles. As it has survived inflation and deflation, times of war and times of peace, and stock market booms and busts. Furthermore, when society became more health conscious, Coke even figured out how to get into health drinks. Proving their meddle for innovation. 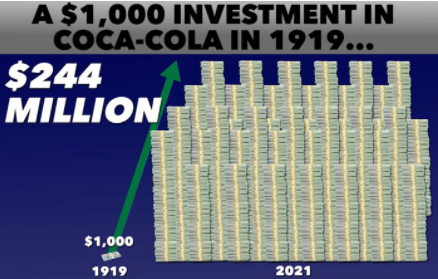 Of course, Charles didn’t recommend Coca-Cola over a century ago. But he portends that the ones he does recommend are at the forefront of industries that are expected to grow 500%, even 3,000% over the next decade. Therefore, subscribers should do fine over the long run. Fingers crossed.

This brings us to Charles’ top three stock picks which were mentioned earlier. What are they?

To his credit, Charles does eventually give away three of his top stock picks for free. Let’s get straight to them:

This first pick is: Arista Networks (NYSE: ANET). It’s up around 100% in just over a year. Arista is disrupting the cloud computing industry, an industry that could grow 500% over the next decade according to Charles’ research.

The second pick is one which everyone will recognize: Disney (NYSE: DIS). As you likely know, it’s disrupting the video streaming industry and Charles’ research is showing that video streaming could grow 500% over the next decade.

Finally, the last pick is called Lumentum Holdings Inc. (Nasdaq: LITE). It’s up 60% in two years, and it’s disrupting the AI industry, an industry that could grow 3,000% over the next decade according to the Alpha Investor research service.

Are any of these a buy individually or collectively as a whole?

At this point with all these stock picks some may be wondering the age-old question: Is the stock market too high and we may see the worst crash in our lifetime or do the sky-high prices/valuations make sense?

In short, yes it is too high. By just about every measure imaginable, Total Market Value to GDP (Buffett’s favorite macroeconomic measure) is currently at an all-time high of 206%, The median P/E ratio of companies trading on the NYSE is currently 28.7x, much higher than the historical mean of 15x.

But all this is not to say that there still aren’t pockets of value or overlooked businesses left, there definitely are. But they are just not in mainstream names, such as Disney, or usually found on large exchanges such as the NYSE, which is where Charles’ Alpha Investor service may be looking for most of (if not all) of its picks.

Look to smaller exchanges and off the beaten path opportunities like special situations for more value in the current economic environment.