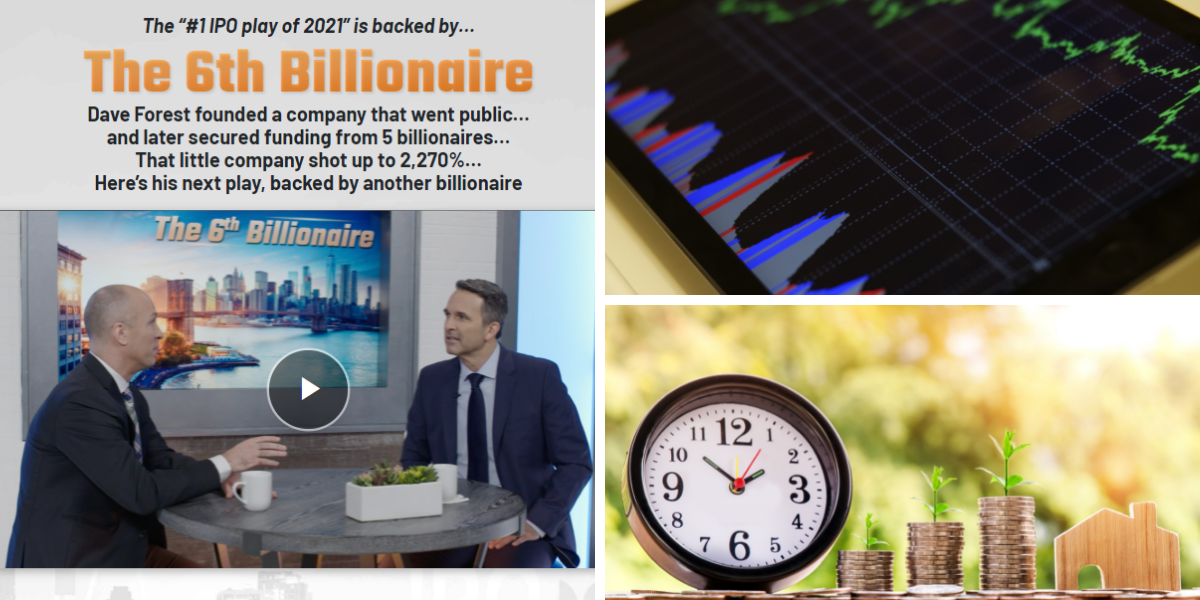 Today we have both Dave Forest and Chris Hurt from Casey Research here to talk to us about some mysterious “W codes” that can bring extraordinary returns of 4,000% or more.

They are going to break down the difference between stocks and these W codes, as they are “different from your average common stock” and once you know the codes, they can return up to 11x more than stocks, SPACs, IPOs, and many other investments pumped up by the media today.

Dave Forest starts the presentation talking about how IPOs are very popular at the moment and says that “if you know the right W code, you can just type it into the ticker search box of your investment account”. In other words, “it’s just like buying or selling a stock” except that…it isn’t. 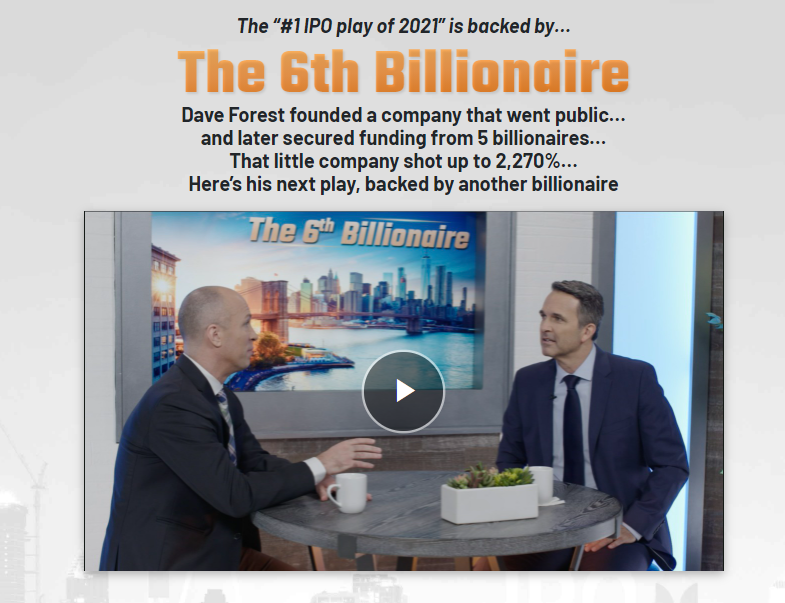 A professional geologist by training, Dave Forest is also an editor, strategic investor, trader, and international speculator at Casey Research. He has made a name for himself in the finance and investment sector thanks to his ability forecasting ability. We have covered similar sounding teasers from Casey Research here in the past, including their “Covert-23” pitch and Buffett’s #1 Investment.

In his opinion, Forest believes that investing in “W codes” is more profitable over the short-term than most other forms of investing. He explains this stance by saying – “I try to find the best play… aim to cash out for 1,000%+ gains… and then move into the next one. Rinse and repeat”. While this sounds rather easy and simplistic, its important to keep in mind Forest’s decades of experience, which will raise almost anyone’s competence up to this level of sophistication.

Thing is, this ultra profitable secret has nothing to do with being an “expert capital allocator”, but it will reveal how one investing expert – Warren Buffett scored $12 billion in one of the best plays our author has ever seen and one that he himself has used to close out “ten winners” over the past year, including grand slam gains for 4,942% and 2,805%, respectively.

Dave is fed up that this has stayed a “billionaire’s secret for far too long” and that’s why he’s blowing the lid off this story. A story nearly two years in the making.

To find out more we are urged to subscribe to the Strategic Investor newsletter at a discount of 50%, meaning you would “only” need to pony up $2,000 to get a full one year membership.

If you sign up, you would get a report revealing Dave’s top urgent trades, called Three Warrants Plays Set to Triple Or More. Second, you’ll get Dave’s comprehensive 5-video Warrants Master Course. Third, you’ll get another special report called The Complete Guide to Warrants: The World’s Most Explosive Securities.

What in the World Are “W Codes”?

Before the big reveal, Dave hot dogs with a few examples of gains he has made off “W codes”.

First, he says we could have made an outsized 969% off of the SPCE.W code, triple the gain of the regular common stock. PRPL.W is another one, which apparently returned the infamous 4,942% – 11x more than the normal stock did.

But perhaps the biggest “W code” profit of all was made by “America’s favorite billionaire” Warren Buffett, making a cool $12 billion with one “W code” position in Bank of America. Buffett also used this same technique to grab 46 million shares of Kraft Heinz for 1¢ apiece.

While this may have given it away, for those still puzzled, the W in “W code” stands for Warrant and the code is nothing more than a warrant’s ticker symbol, similar to that of a common stock. Dave informs us that thanks to an obscure loophole in SEC Rule 30.52, average investors can now also trade them. All we have to do is wake up, grab some coffee, punch in the short W code, then you go about our day. This limited activity could net us 150% in a single day.

Dave even says that he “wouldn’t be surprised if “W Codes” (warrants) create just as many millionaires as cryptos did”. This is because “they’re some of the cheapest transactions you’ll ever make” with some warrants “costing as little as 25¢… 10¢… or even 1¢ a pop” and because they are not connected to a company’s normal shares, meaning less volatility and exposure to the equity market.

So if warrants really do “combine the power of IPOs with the excitement and profit potential of trading”, then why aren’t more people buying them up? According to Dave, it all boils down to a lack of understanding and lack of awareness, purposely brought on by Wall Street keeping its most lucrative investment opportunities to itself. We cannot really argue with this sentiment.

Now that we know what “W codes” really are and how to purchase them, are they worth the trouble and hype?

If we were to listen exclusively to Dave Forest, the answer would be an overwhelming YES! After all, he has shown us countless examples of above average returns as a result of buying warrants instead of stocks.

We will take a decidedly more measured and realistic stance. First, its important to recognize that warrants are convertible securities. It bestows upon the owner the right, but not the obligation to buy or sell a security, most commonly a stock at a certain strike price before it expires and becomes worthless. Ideally, it provides the investor with the protection of a bond or preferred stock and the opportunity to participate in any substantial rise in the value of the common stock.

Second, there is a downside to such privilege. When you purchase a warrant, you are usually giving up quality, as in the issuer of the warrants is a below investment grade company. You are also foregoing any yield, since warrants do not pay out dividends.

Lastly, and perhaps most importantly. Many companies tend to issue convertible securities, such as warrants strictly for financing purposes, to the actual detriment of the investor, who ultimately gets diluted when the debt comes due.

As Ben Graham warned in The Intelligent Investor, which is considered by some as the greatest book on investing ever written: “Convertible securities always come out of the woodwork near the end of a bull market — largely because even poor quality companies have stock returns high enough to make the conversion feature seem attractive”.

We believe that we are at such a juncture at the present time (latter part of a bull market), which would explain the prevalence of warrants now being issued and the newsletter teasers to buy them.