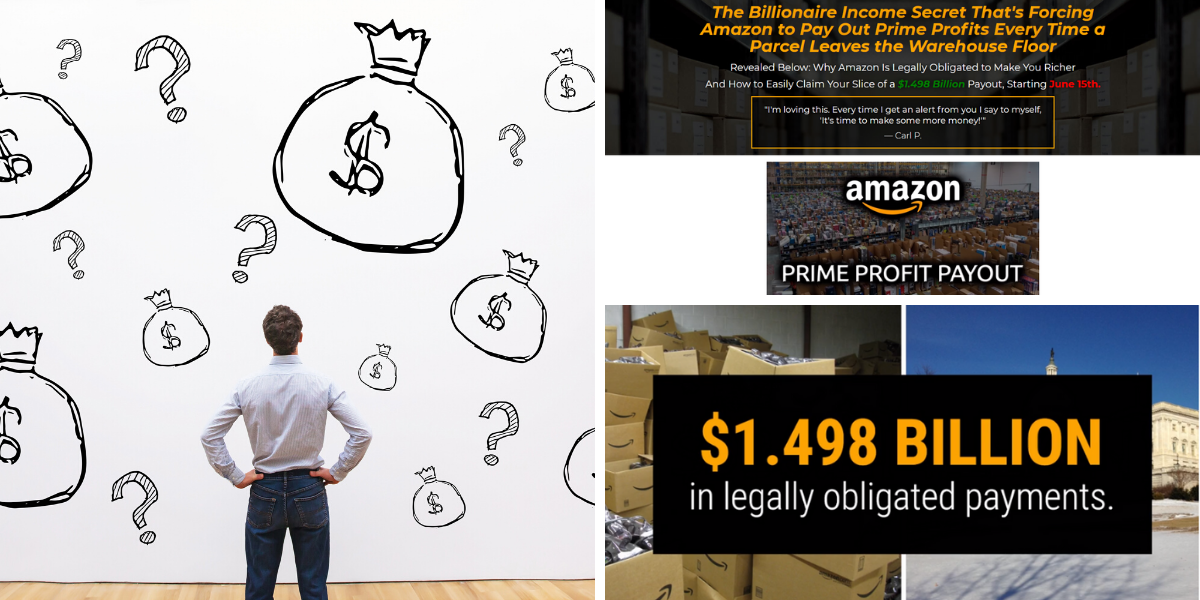 Sounds crazy, but is it legit? Or is this just another misleading opportunity that is sure to end in disappointment?

Unfortunately it seems to be more of the latter. However, there is the potential to profit... it's just not quite what it seems to be.

In this review I'll be cutting through the BS and going over what these "Prime Profits" really are.

Let's start by going over some of what we are told in the teaser...

There might be multiple versions of this teaser, and it will likely continue to be updated, but here is what I came across... "The Billionaire Income Secret That's Forcing Amazon to Pay Out Prime Profits Every Time a Parcel Leaves the Warehouse Floor"... 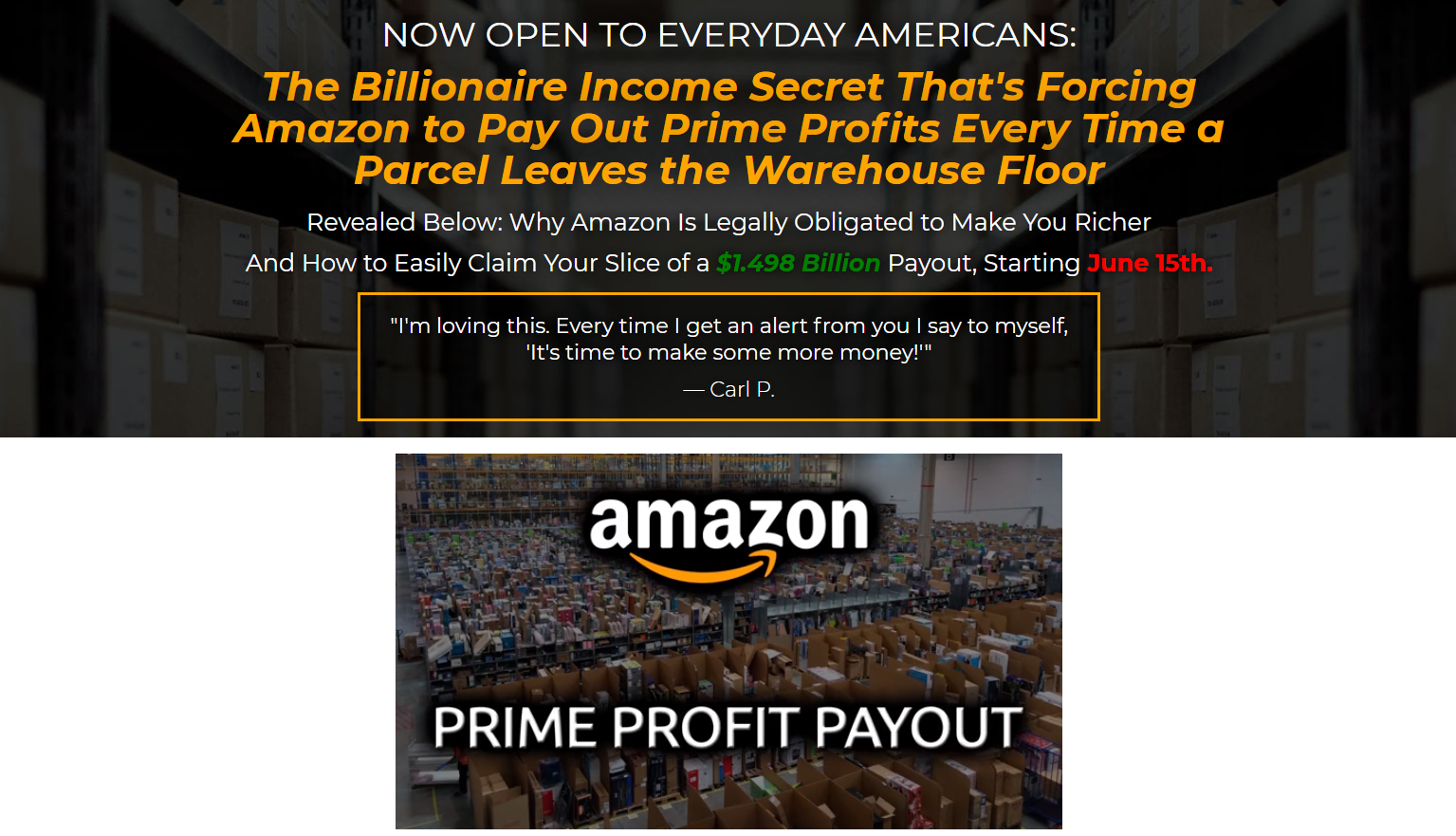 The teaser is presented by Angel Publishing's Briton Ryle. He's been in the newsletter business for over 20 years and focuses on uncovering little-known investment opportunities. He relies on fundamental analysis and also makes use of technical analysis for finding good opportunities, and has had some pretty notable accomplishments over the years. What's also evident is that he's good at throwing misleading teasers... because this whole "Prime Profit Payouts" thing is undoubtedly so.

In the teaser we are told that until recently only the world's elites had known about these payouts. And it's true to some extent that the average investor might not be all that aware of them, but as you will see... these aren't anything that special.

Ryle tells us that there is $1.498 billion in legally obligated payments up for grabs, and he mentioned multiple times that all we really have to do is "enroll". 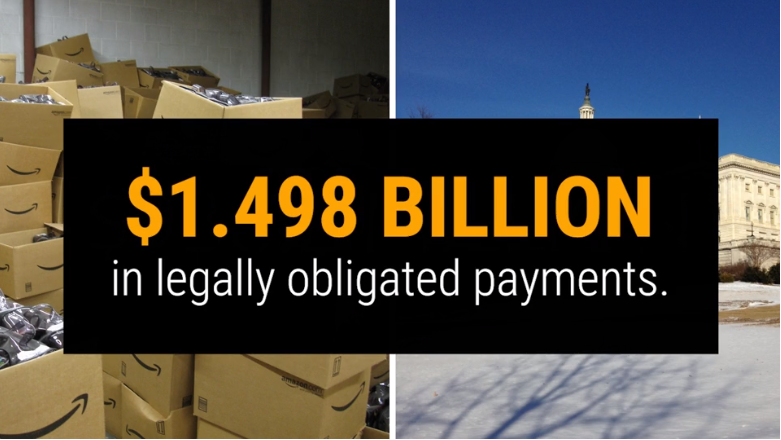 More specifically, he states that "it takes only two minutes to 'enroll'. And there's no paperwork".

And... "you have the rare chance to collect virtually free money for the rest of your life".

Some of the other hyped up claims include:

But what a minute... this sounds a little bit too good to be true, does it not?

And you know what they say about things that sound too good to be true.

So what's the catch here?

Well, according to Ryle there is "absolutely no catch".

Just "enroll" and start collecting payments. This is how he makes it seem.

Sounds easy enough... and he talks about people already collecting large sums of these "Prime Profit Payouts", such as:

But seriously, don't get too excited just yet. Briton mentions how these "Prime Payouts" have to do with some old law and are the government's way of keeping Amazon from taking everything over, but much of what he says seems to just steer people in the wrong direction and gives the wrong impression. I'll get to what these "Prime Profits" really are in a second.

He said there was "absolutely no catch", but it appears to me there are many catches.

All of the information on how to get in on these "Prime Profits" is included in a "free report" titled Prime Profits: How Everyday Americans Can Milk Amazon for $48,000 This Year... 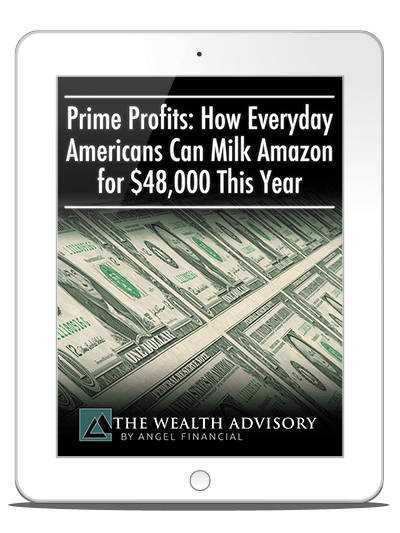 However, in order to get your hands on this "free copy" you must first take out your credit card and pay to subscribe to Briton Ryle's newsletter advisory service called The Wealth Advisory. This is a follow-along advisory service that tells subscribers what to invest in and when. The cost is $99/yr.

He also includes a 2nd "free report", the the Prime Profits one is the main focus.

What The Heck Are "Prime Profits"?

One thing's for sure... they aren't what you think.

By the sounds of the teaser, you just enroll onto some soft of magical payment list, but this isn't reality.

We are told that these payments happen every 90 days and that they are some sort of legally-mandated tax on Amazon's profits (very misleading).

We are also told that these payments have something to do with U.S. Law Uniform Commercial Code Section 2-301, or just UCC Section 2-301 for short. BUT, this is also misleading. This is just a code that goes over the general obligations of the parties doing business, which include the buyers and sellers. It simply states that "The obligation of the seller is to transfer and deliver and that of the buyer is to accept and pay in accordance with the contract." It's nothing more than a code for a standard of doing business and tells us nothing about how these "Prime Payouts" work - also misleading.

Briton also hints at these payouts being the same type of thing as the consumer relief payments big banks were forced to pay after the big financial crisis... but once again... this is misleading and they are definitely NOT the same thing.

Yep, it's all about REITs, and this makes sense because Briton Ryle focuses mainly on dividend growth stocks and REITs in his advisory services.

REITs, or Real Estate Investment Trusts, are legally obligated to pay at least 90% of their taxable income to shareholders and most pay out every 90 days (quarterly basis), as we were told is the frequency that these "Prime Profit Payouts" are sent out.

The investment opportunity being teased here is to invest in Amazon's "landlords", so-to-speak.

Amazon leases lots of things. The entire business is pretty much built on leasing. Duke Realty, for example, is one of their biggest REIT landlords, and they've been in business together for over 15 years.

So, in a nutshell, Amazon pays their REIT landlords to lease warehouses and whatnot, and these landlords are forced to payout 90% of their taxable income to shareholders, which is what you want to be if you want to collect these "Prime Payouts".

This is the same type of opportunity as Zack Scheidt's "5G Cash" spiel, which was a misleading teaser to invest in cell tower REITs.

Which REIT Is He Teasing?

Briton hints at increasing "Prime Payouts", meaning that the dividends for the REIT he's teasing have been increasing.

However, other than that there really isn't much in the way of hints.

Duke Reality does fit the bill, and has had increasing dividends, but there are others that match up with the small amount of hints as well. Some readers think it might be Prologis, which is another REIT that has been leasing warehouses to Amazon for years.

So much of the teaser is misleading. I bet you would have never expected this to be an REIT investment opportunity, and yet it is.

Some other things I'd like to point out, which everyone needs to be aware of, include that:

Hopefully this review has helped clear the air on a few things and provided some value to you.

As always, let us know what you think in the comment section below. We like to hear back from our readers! Any guesses as to what REITs he's teasing are more than welcome.