The Altucher Report – Scam or Godsend For Investors? 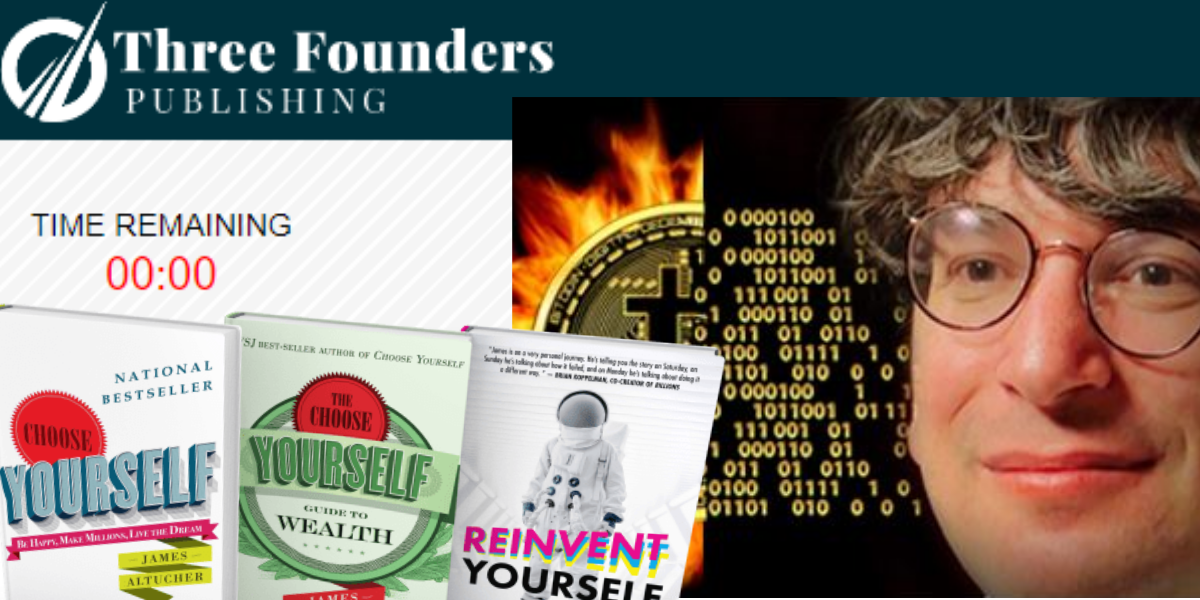 In this article, we will answer this question: Is The Altucher Report a scam or a legitimate service?

James Altucher is either a peculiar specimen of a genius, or a tireless self-promoter and pseudo-intellectual. This depends on how you perceive him, his views, and his actions. The man is behind a podcast, several books, and a blog.

Included in a long list of his activities is his role as an editor of several investment newsletters.

Though he stands by the quality of his work, many criticize him. He is mostly style and little substance, they say. But you can’t argue with success, others reply.

Read our review and share your thoughts in the comments section.

Table of Contents
1
Overview
2
Who is James Altucher?
3
What are some of Altucher’s Beliefs?
4
What is The Altucher Report?
5
How it Works
6
What you get
7
Cost and Refund Policy
8
Reviews
9
Pros v Cons
10
Conclusion - Should you trust him? 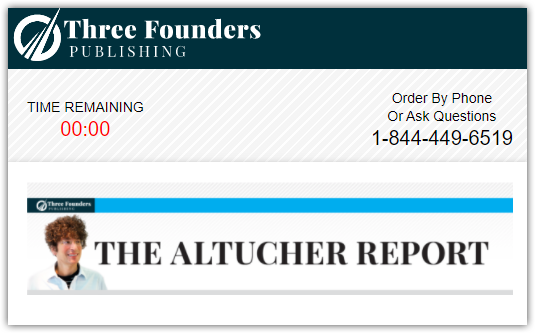 This newsletter encourages its readers to “Choose Yourself”. We put the phrase in quotation marks because this is also the title of the Wall Street bestselling book written by Altucher.

He claims that through this newsletter, you will “find success”, lead a “good lifestyle”, and live a “secure and happy life”.

You may be asking, “What’s with the quotation marks again? Are these titles of his books also?”

Well, no, they are not. Or at least there are no books with those titles yet, among the 20 he has already written.

We quote these phrases because we want to show you that these are the exact words he uses on his website. For a service that asks you for $299, we find these statements to be too vague and ambiguous.

But maybe his sales page is not enough to assess him and his service. So let us study what details are available so we can help you decide if this is worth your time.

Who is James Altucher? 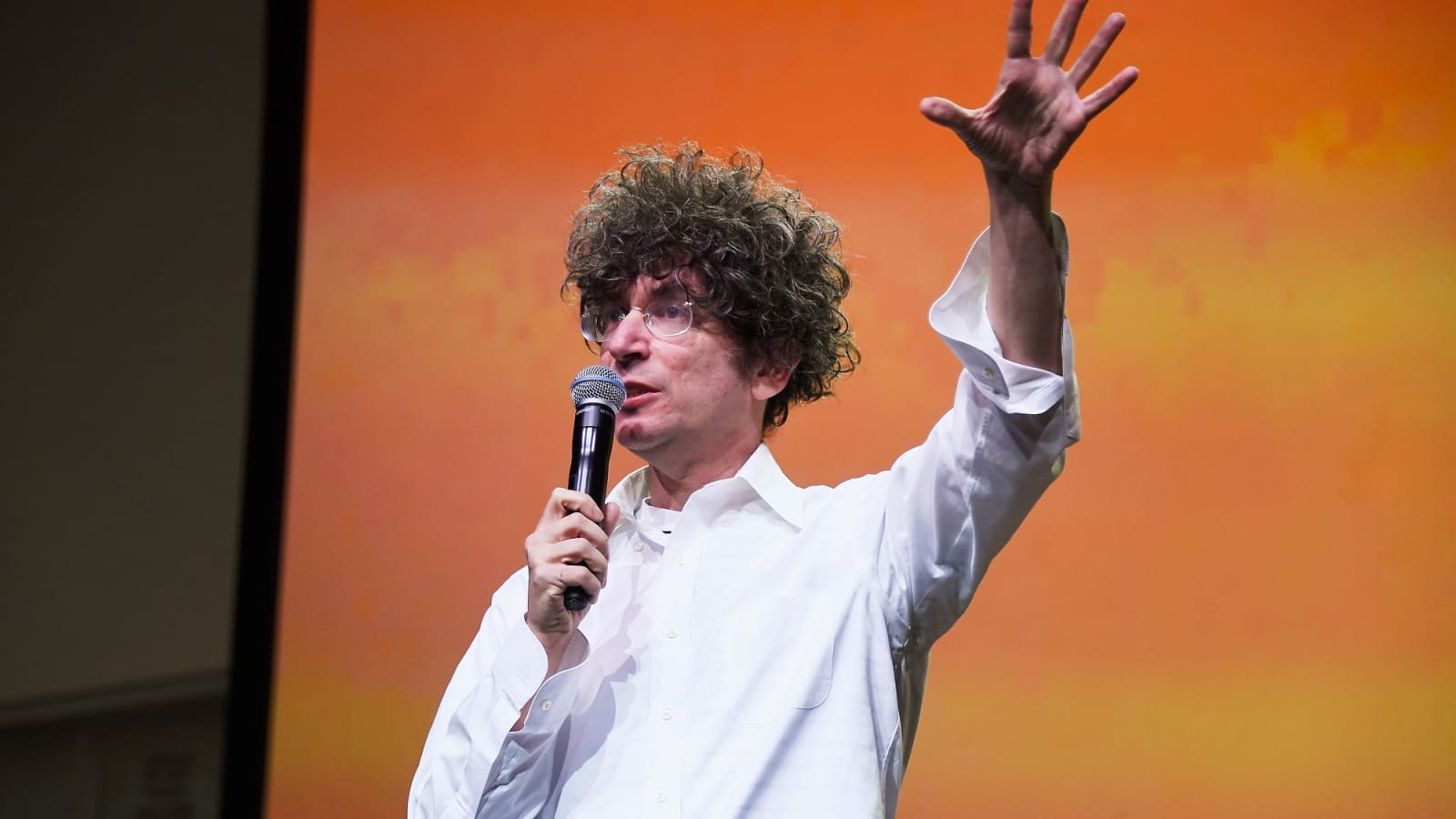 In our previous review on Altucher’s Secret Income, we presented a list of what the guy is busy with. We said that he is an author and a chess master. The man is an entrepreneur, investment pundit, and podcaster. We also mentioned that he is a former hedge fund manager.

Oh, and Altucher is a stand-up comedian.

We are serious about the last part. He does own a comedy club and he often performs in it.

Also, he does have a widely accepted history of success. Choose Yourself, Altucher’s most successful book, is a national bestseller and named as one of the best business books of all time by USA Today.

He is a fixture of various media outlets as well. People are interested in his insights because, as he claims, he has seen it all. He experienced millions, has been bankrupt, and made millions again.

Aside from this, millions also listen to his podcast and read his website. Altucher is also listed as a top LinkedIn influencer.

What are some of Altucher’s Beliefs?

This time, more than a litany of his accomplishments, though, what we want to get to know is his worldview. We feel that this would give us a better perspective if we can indeed trust his judgment.

Due to his high-profile nature, there is no shortage of interviews, profiles, and media appearances. He has lots of thoughts and he wants everyone to hear about them.

We have looked at his blogs to know some cornerstone ideas he holds.

In an article on his website, he says that he has simple steps for the perfect strategy when investing.

Of course, he is saying these in very simplistic terms. But his logic is that you can never go wrong in the long run with such a strategy.

Even if you lose money in most of your investments, because the industry constantly grows, even one or two good stocks will be extremely good stocks.

Towards the end, the majority would obviously not have survived. But even if you succeeded with just two, say Intel or Microsoft, you will be fine.

He contends that you will still have emerged as a winner. With that strategy, the surviving $2,000 would have earned $3.5 million from the remaining two successful companies.

The two have offset your other failed investments.

He adds that he has researched the next $1 trillion companies. These will follow in the footsteps of Amazon, Apple, Microsoft, and Google.

The area that he sees will follow the model of the success of computers in the past is data storage.

More and more people and industries are relying on it. It is only bound to grow bigger in the coming years.

He reveals that he knows exactly what these stocks are, but he will reveal them at his event. That was the cliffhanger in his blog.

Looking at his logic here, would you say that he has captured your imagination? After all, the whole promise of his newsletter is that he will give you such ideas.

His promise is that his pieces of advice will make you survive and thrive in our economy today.

As you assess the way he thinks, try to evaluate his marketing style also. He builds up his idea in two articles released days apart.

Then he will say that you will only learn about the information at the world premiere of his event.

This is not an unusual or even a sketchy tactic. But it does tell you what to expect when you enroll in his services.

We based the commentary above on two recent articles on his website. Our next discussion, meanwhile, is about his most read posts at the moment. 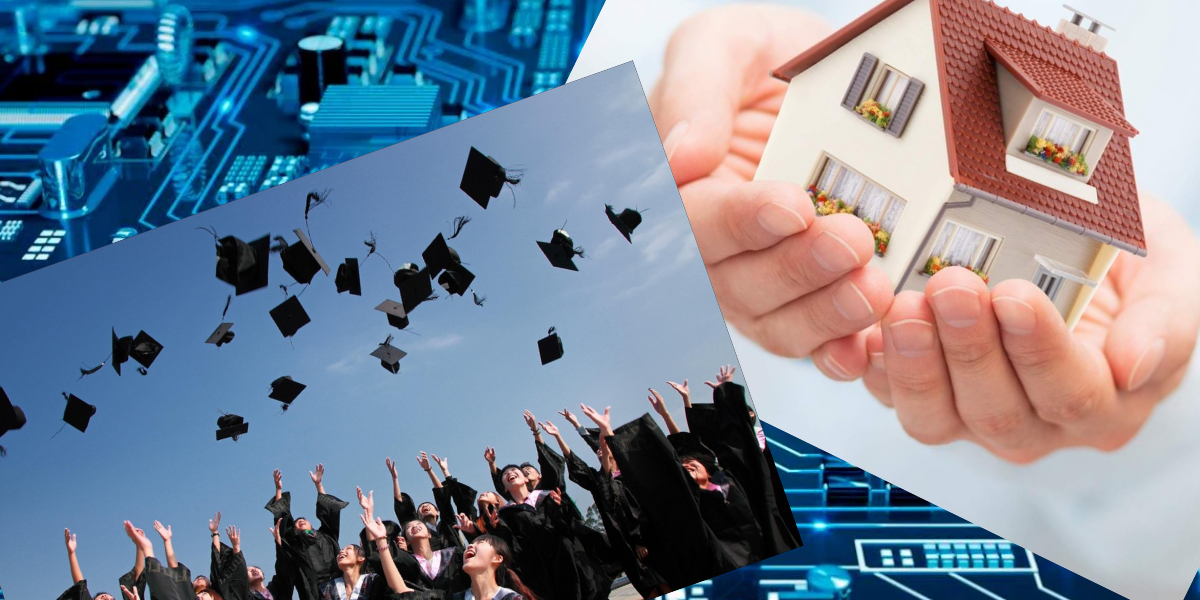 On Not Going to College

Altucher has gotten attention for saying that he no longer believes in going to college.

Of course, he mentions the irony in his views and his advocacy against the college system. He did graduate from Cornell and Carnegie Mellon.

But according to the multi-hyphenate, his experiences only reinforced his belief.

An article in Yahoo! Finance also says that he is convincing his daughter not to go to college.

We hope this lengthy discussion is helping you put together the dots. We are doing this so you will know what to expect in his newsletter.

Based on limited information, it appears that he will be providing insights like these to his subscribers. Altucher says he will help you maximize ways on how to be a great entrepreneur through simple hacks.

Altucher Says No to Owning Homes

His next mindset also gives us a peek at his framework on the kinds of assets he values.

Altucher believes that smart people should not buy homes. Here is a condensed version of the reasons he cites:

Hopefully, you will then be able to discern if you can count on his investment advice.

What is The Altucher Report? 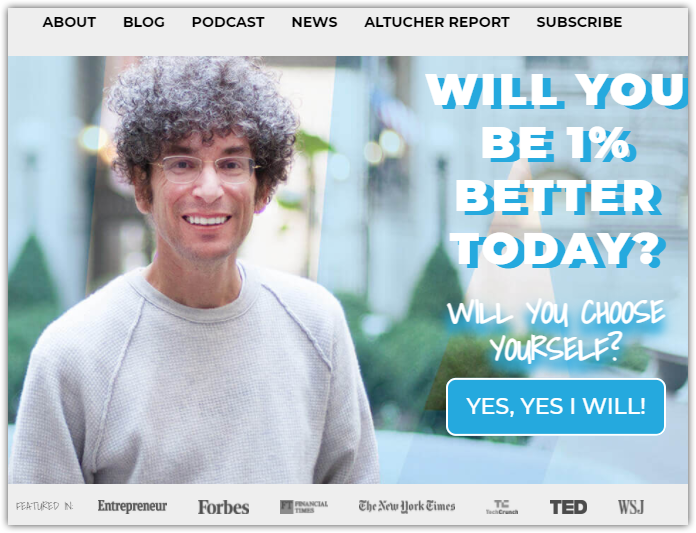 The investment newsletter is one of the many offerings of Three Founders Publishing. It is under the banner of Entrepreneurial and Lifestyle Services.

The Altucher Report is founded on the belief that the “corporate system that most people thought they were safe in is ending.”

The newsletter’s core principle is that all of us are entrepreneurs. Our main products are ourselves: our time, energy, dedication, and commitment.

The goal, according to the publisher, Doug Hill, is to help you succeed in today’s information economy.

The first link does seem like a page from the less technical side of Altucher. It seems to borrow from his “Oprah of the Internet” persona as it dishes out “life guru” statements.

Here are the things he will provide you in his newsletter:

But the marketing page does say that the service will also give you investment research and a model portfolio, among others.

There is not enough information on this, unfortunately.

Not giving enough information on a service can be interpreted as confidence in the product. Maybe the publishers and the editor think Altucher is enough of a trusted brand that will make people subscribe.

Another way to see this, though, is that it smacks of arrogance. They do not feel compelled to justify their fees.

For sure, readers need more information to see how their money will work for them.

We have already pointed out that the sales page is mostly filled with motherhood statements. If you would be subscribing, it seems like you will do it by blind faith.

Unlike Altucher’s Secret Income which we reviewed recently, The Altucher Report says that they will return your money if you unsubscribe within three months.

This is a welcome change and we hope that Altucher will offer this also to his more expensive newsletter that costs $4,000.

Even if it says in the image below that it is risk-free, do not count on it. Any investment has risks. 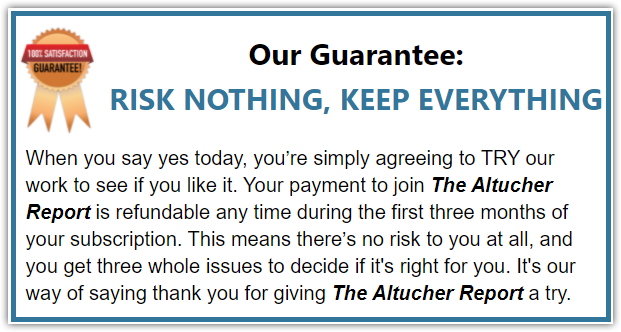 This is especially true for financial investment advisory firms, as they tend to be lax with your data and credit card. More on this in the section below.

There’s not much we can find that directly reviews The Altucher Report.

One relevant page that we have for you here is a review of Choose Your Financial (1 out of 5 stars) on the Better Business Bureau website.

Choose Your Financial used to be the publisher of Altucher’s newsletters. Based on the information we gathered, his current publisher, Three Founders Publishing, is still composed of the same people. Both are also connected to The Agora.

The comments below show issues with credit card charges and the advisory firm’s non-responsiveness to complaints. One even coined the term “Altuchered”. 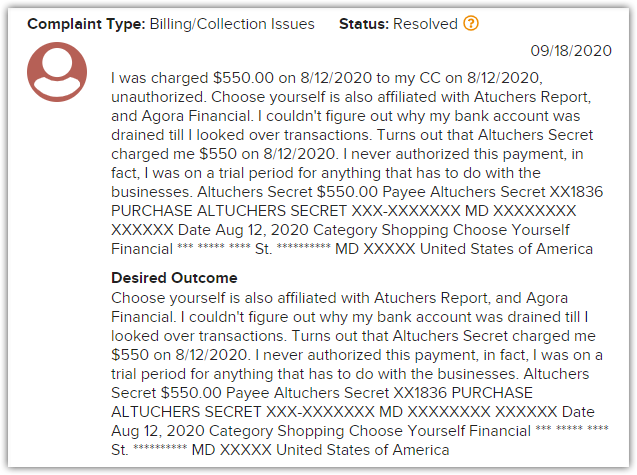 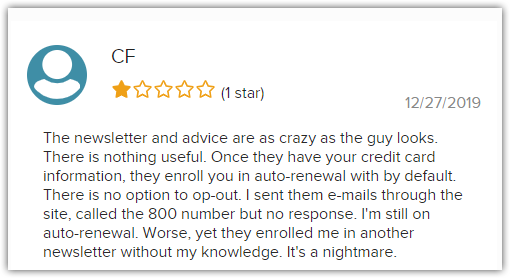 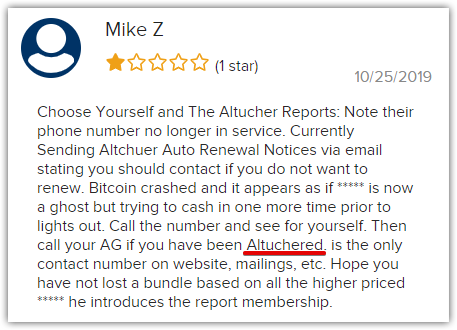 Choose Your Financial has a 1 out of 5 stars rating as of this writing from the wesbite.

Meanwhile, only his other services, Altucher’s Investment Network and Altucher’s Top 1% Advisory have reviews on Stock Gumshoe at the moment. The former’s score is 2.1 and the latter’s is 1.9 out of 5 stars.

Altucher is also the man at the center of an article with the title, Who the Hell Is This 'Crypto-Genius?'. It discusses his controversial cryptocurrency ads and the questionable marketing practices of The Agora.

Conclusion - Should you trust him?

Due to the scant information on the newsletter itself, we took a different route with this review. We know that you expect only our honest take on such newsletter services. This is why we still wanted to arm you with enough information.

So we looked at what he promised on his sales page. From there, we researched the types of insights you might expect from his investment recommendations and life advice.

We wanted you to also see how others' experiences have been with his other services. Though these are subjective, you can at least get a rough idea so you can make your decision.

So what is our answer to the question: Is The Altucher Report a scam? Our reply is consistent with what we have said in the past. This is a call you have to make to make based on the information you have seen.

A writer and researcher, Phil enjoys exploring topics about finance, investments, and consumer behavior. His two young kids serve as inspiration for his advocacy on education and the youth.