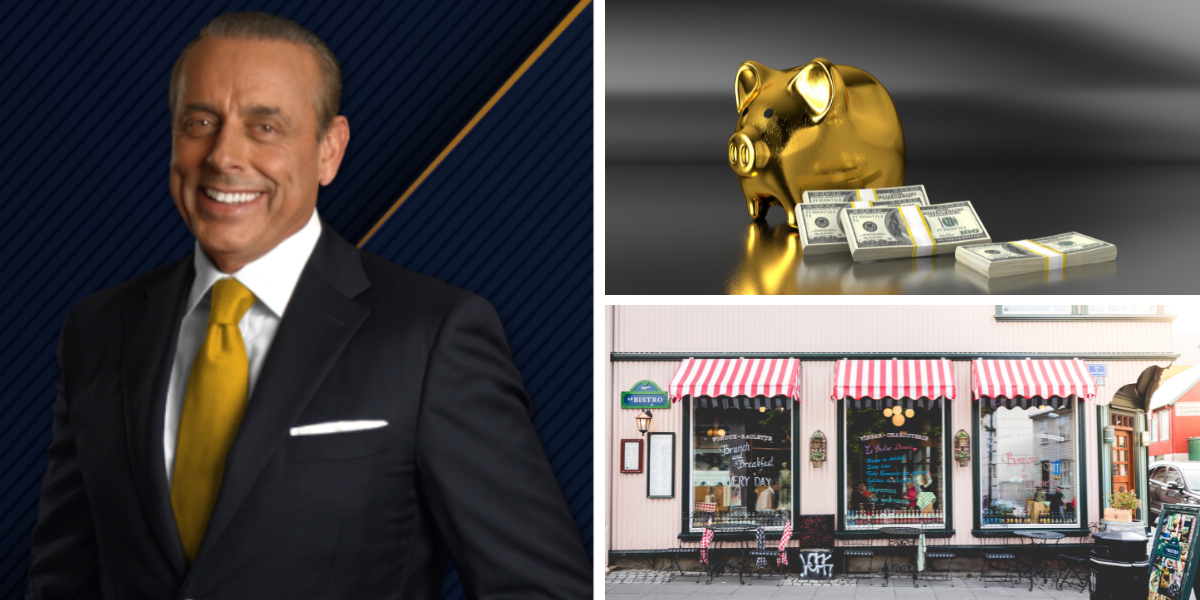 Shah Gilani thinks there’s one market every American needs to be invested in. Not only to take shelter from the upcoming turmoil but also to offer a chance at truly unbelievable gains.

He calls it the “Billionaire’s Reserve Market” and there’s two companies on it with nearly unlimited upside.

The market we’re about to talk about was once the sole playground of the ultra-elite according to Shah. A private club reserved exclusively for those who could prove they had a fortune to invest.

At the start of the presentation, Shah Gilani is billed as “the world’s number-one investment expert for uncertain times.” He is also the guy that developed what has come to be known as the Volatility Index (VIX), which gives him some credibility. We have taken a closer look at the man and the myth – Who is Shah Gilani? And also reviewed his “Pre-IPO Rights” teaser here in the past.

So what is the “Billionaire’s Reserve Market?” Shah confides that it is “comprised of small companies trading off the stock market.” The minimum investment for these Billionaire Reserve Deals is typically hundreds of thousands of dollars. And even among investors who qualify, only a select few know how to invest in it.

This is all about to change, as anyone can now invest in Reserve Market companies with as little as a few hundred dollars. We just have to know how to get in on these deals.

Don’t Invest a Dollar Unless It Can Make a Million

Shah says there’s always a place to make money and that we shouldn’t invest a dollar unless we think it can make us a million.

Right now, we can’t do that with stocks or with real estate. The money’s in the Billionaire’s Reserve Market.

As an example, Pax8 – a software company based in Denver, Colorado went on the Billionaire’s Reserve Market in 2012. At the time, the company was worth just $5 million. As of this past April, it was worth $1.7 billion. That’s nearly a 34,000% gain!

But this is just the start, as the best companies in the Reserve Market blow it out of the water.

These were all tiny companies with groundbreaking products and almost unlimited upside that anyone can now invest in.

Shah has put together all the analysis, the dossiers, the due diligence reports, and a special-access website showing us how to invest in these deals. It’s all there waiting for subscribers of his Extreme Profit Hunters advisory service.

The cost is $595 for three months of access and “only” $1,750 for a full year. This also comes with exclusive briefings, exit alerts, zoom calls doing a deep dive on every recommendation, and more.

What is the World’s Most Profitable Market?

It turns out the “Billionaire’s Reserve Market” is not a market at all. But rather a rule.

The U.S. Securities and Exchange Commission (SEC) regulates financial markets and its Regulation A rule allows private companies to offer and sell securities directly to the public and with more limited disclosure requirements than what is required for publicly reporting companies.

This “market” came to be in 2015 and provides a cost-effective framework for private companies to raise capital without the hefty expenses and reporting obligations of selling public securities.

So on one hand, its far riskier than the stock market because we don’t have the same regulatory disclosures to rely on. And on the other, it’s because these controls aren’t in place coupled with the lack of institutional presence, that the opportunity for outsized gains exists.

The Last Mile is the Perfect Place to Invest

Because Reg A offerings are inherently risky, Shah has three check boxes that every deal he invests in needs to tick.

Shah calls it “the last mile” or the two-yard line in football terms because the money invested will be the last little push the company needs to potentially unlock billions of dollars in sales.

The companies being teased today are in this exact same sweet spot.

There are two primary picks being teased. This is what we know about them:

Seeing as how this business is still private, info wasn’t easy to come by. I actually came across what I think is the pick via its founder’s TEDx speech. I’m talking about NAQI Logix Inc. Here is how the clues align:

Upon first glance, I thought Shah is talking about Petra, the robotics company that focuses solely on underground utilities. But they’re much too advanced, already having raised $30 million in Series A funding.

Another possibility could be a small, Richmond, California-based public benefit corporation by the name of EarthGrid. The company isn’t as far along as Petra and they are currently at the pre-seed, Reg A financing stage.

The company is developing a plasma robot that can dig underground tunnels 100x faster and up to 98% cheaper than existing tech, which is in line with the first clue. Much like NAQI Logix, its website is sparse, but according to a September 2022 Executive Summary. The company is in contract discussions with large utilities in CA, FL & TX.

Nothing about a PG&E partnership, so I’m not 100% positive this is Shah’s pick here, but it closely matches the description provided.

Having been pitched private placement deals in the past, I can say that they are very much “you do me a favor, I’ll do you a favor” type of deals.

Most investors don’t expect much to come out of them because of the seriously long odds faced by the businesses involved. It’s classic Angel investing and it’s not for the faint of heart.

If you have a few thousand dollars laying around and you don’t care about disappointing your spouse by not going on that vacation. Both NAQI and EarthGrid are currently raising money, with the former taking on investors starting at just $1,500 directly on their website.

Personally, rather than go this route, I would look at publicly listed nano and micro-caps. They are much more liquid, have no investment minimums, and in some cases have just as much upside.

Have you or would you ever invest in Reg A offerings? Let us know in the comment section below.