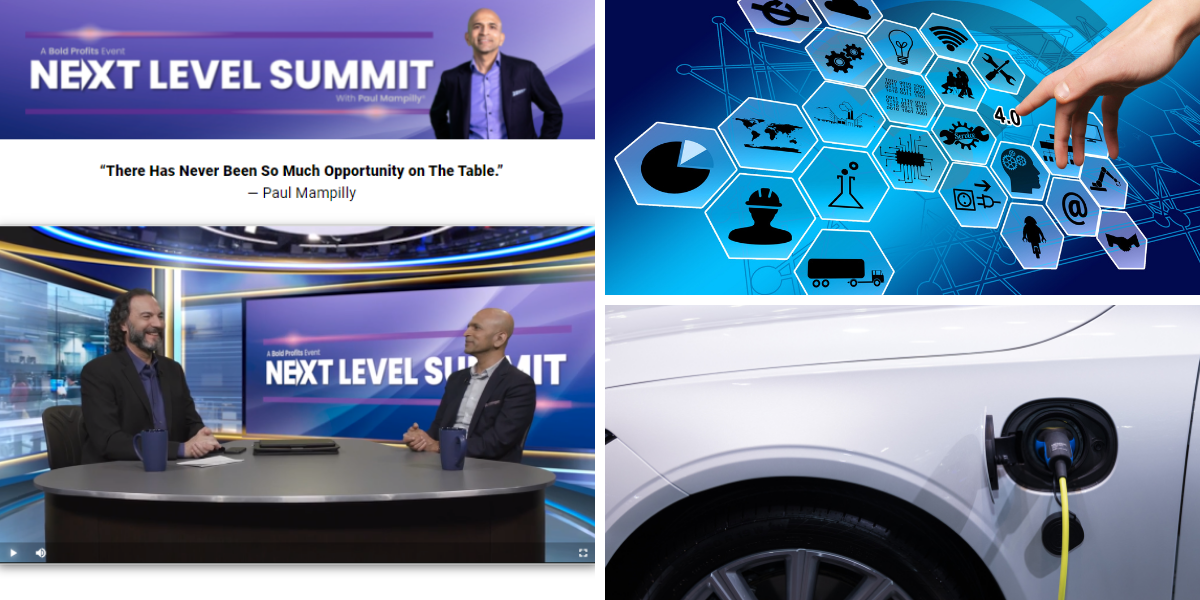 Former portfolio manager, turned financial author Paul Mampilly is joined in the studio by Nick Tate for the “Next Level Summit”, where the ante is going to be upped and we are going to learn how to make triple digit returns in just a few months’ time.

Our host is teasing several different stocks, the most promising of which is an “EV Innovator”, which could up to “300% or more over the next 12 Months”.

Paul starts us off by stating that “there are next-level stocks all around us”, in sectors such as IoT, AI, blockchain, electric vehicles, green energy and now there’s even an emerging space sector. 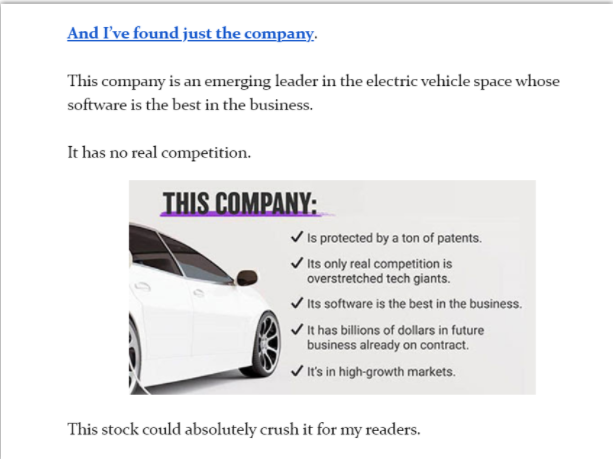 Paul Mampilly started his career on Wall Street in 1991, and quickly moved into prominent positions at Deutsche Bank and ING, managing multimillion-dollar accounts. He is now the author of Profits Unlimited, whose stock recommendations purportedly beat the S&P 500 four times over in 2020, delivering a one-year gain of 67.94%. We have written up similar sounding teasers here in the past, such as Tesla’s Secret Supplier and The Company Who Makes the “Quantum Glass” Battery, among others.

But by buying stocks that are on an “accelerated path to next-level greatness”. Paul says these are smaller companies, meaning they have more room to climb. But not so small that they can tread water for years on end, waiting for a catalyst to make them go higher.

Essentially, what Paul is saying is that these are companies that have already gone through their speculative phase. They have a viable product or are about to bring one to market and now they can start to scale. When this happens, “big Wall Street players start to come in”. 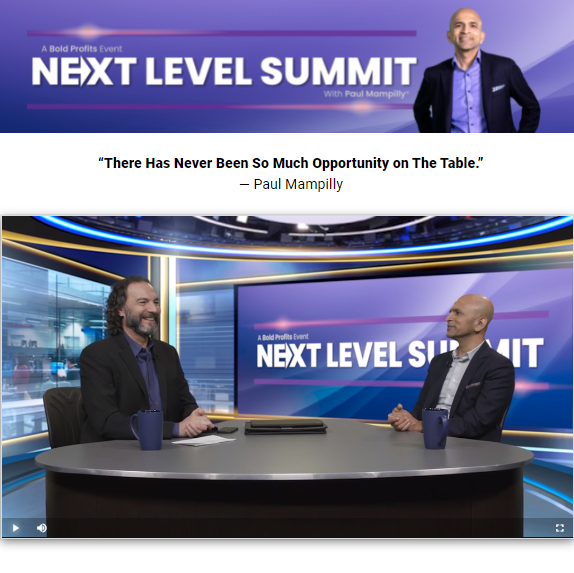 This is where our “emerging electric vehicle innovator” comes in, as the future is not gas, its electric according to Paul. The macroeconomic picture is definitely rosy, with the electric vehicle market slated to quadruple in size by 2025. With some analysts predicting 70% growth this year alone. As it continues to grow, it is going to carry a bunch of companies along with it.

Perhaps our mystery electric vehicle software business will be one of them?

If we want to know the name and ticker symbol of this “next big thing” in the electric vehicle space, then we have to subscribe to Profits Unlimited for $1,995 for the first year and we will receive a new special report entitled, The Market’s Sweet Spot: Buy This EV Innovator for 300% Gains in 12 Months, containing the name of the stock. 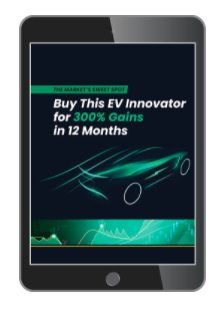 Subscribers will also receive a second special report – The Market’s Sweet Spot: 5 Stocks to Buy Now for Triple-Digit Gains, weekly trade alerts and full access to the True Momentum web portal within 48 hours of signing up, where a model portfolio will be viewable.

What is Artificial Intelligence Software?

Paul says this business checks off several boxes that he looks for when trying to find the best opportunities. For starters, a company’s market cap should be in the $3-$5 billion range. As he says this the sweet spot where a business can start to scale. Second, it should be a pure-play. Meaning it should be focused on a single vertical and being the best in that one vertical.

He says today’s opportunity is so well-positioned, as it is an industry leader at the heart of Artificial intelligence (AI) software. It is also bringing a slew of exciting features and functionalities to the electric vehicle market, including:

As you are likely already able to tell, AI software is a very general space, with lots of different subcategories – AI platforms, computer vision, etc. This business’ AI software is specifically dedicated to the electric vehicle market, for which its code is essential in order for vehicles to operate and not merely a luxury.

In short, Artificial intelligence leverages computers and machines to mimic the problem-solving and decision-making capabilities of the human mind. Apple’s Siri, Amazon’s Alexa, IBM’s Watson supercomputer, and yes autonomous vehicles (running on AI software), are all good examples of this in action.

Paul says this particular business’ “AI software is already found in over 300 million cars on the road today”. As such it has earned a reputation for being the best at what it does.

This is of course a huge number and accounts for about 20% of all electric vehicles currently on the road. This gives it the mid-cap size Paul is looking for and it is focused on a single market vertical, but these characteristics alone do not make it unique. As every car manufacturer and their tech-savvy grandmother is racing to develop AI, self-driving technologies and a host of tech companies and startups are also aiming to do the same.

But before we over-analyze what we do not really know, lets find out the name of the company in question.

Here are some of the clues Paul left behind for us, like pieces of software code to align together in order to reveal an ultimate prize:

This info makes us believe the company in question here is Cerence Inc. (Nasdaq: CRNC) Here is why:

Will it be one of the ultimate winners in the hyper-competitive, autonomous vehicle software space?

It is always exciting to see a high-growth business that is not only just earning revenue, but also making profits, as Cerence did over the past twelve months.

The business also threw off some $66 million in free cash flow over the same time period, making it one of the few opportunities we have seen pitched to achieve this feat at time of publication. It also has an operating margin of just over 17%, which is a decent showing.

Unfortunately for us, we would be paying (through the nose) for such positive underlying economics. Here is a quick snapshot of Cerence’s valuation ratios: 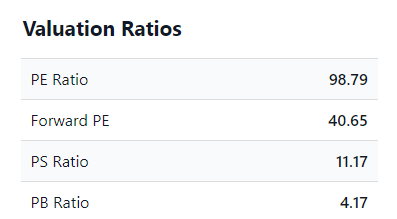 If we honor the timeless adage that “price is what we pay, but value is what we get” then it would hold true that we are not getting much of any value for our buck. This is to say that we would potentially be waiting a long time for Cerence’s business operations to catch up with its lofty valuation. Even those chasing growth at any cost (not advisable) may blink at the price being asked.

What do you think about electric vehicles? Are they the future of the automobile industry and sure to bring a new crop of suppliers along for the ride or will they remain a niche? Let us know your thoughts in the comment section below.