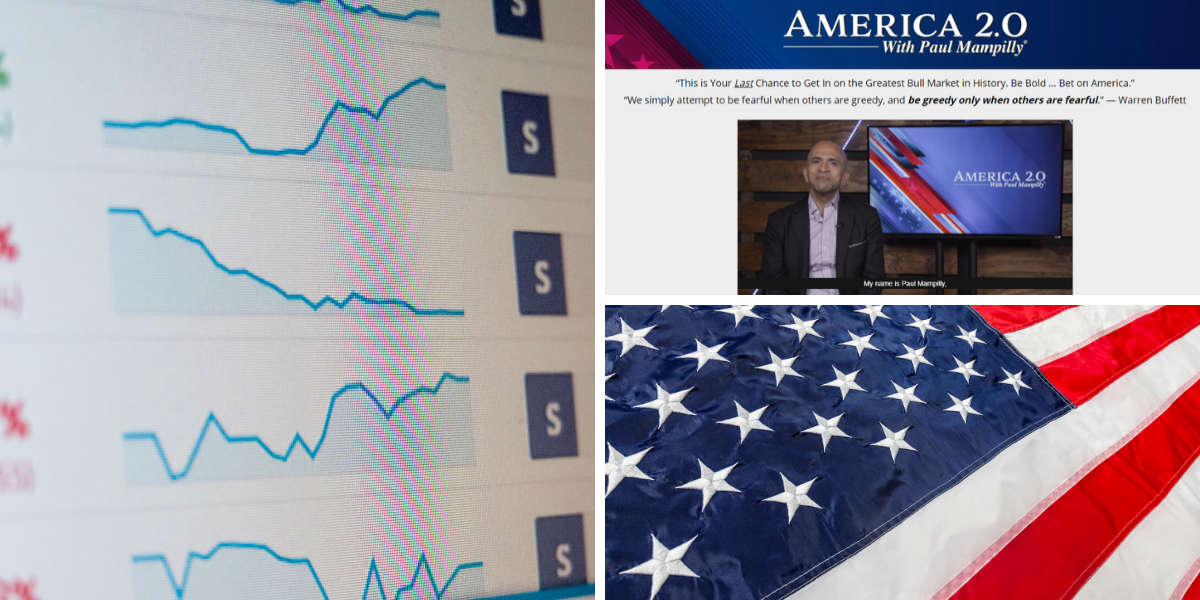 There's been a lot of talk about what Paul Mampilly calls "America 2.0".

He claims it's going to be a huge boom for the US economy and that there will be some incredible investment opportunities... one stock in particular that he thinks will "surge over 1,000%".

But what is America 2.0 and what is this stock that he's teasing? Here at Green Bull Research we expose investment teasers like this regularly, and today we'll be exposing this America 2.0 stock.

You've probably come across one of the teasers for this opportunity. There are likely many floating around the internet, but what I landed on was this... 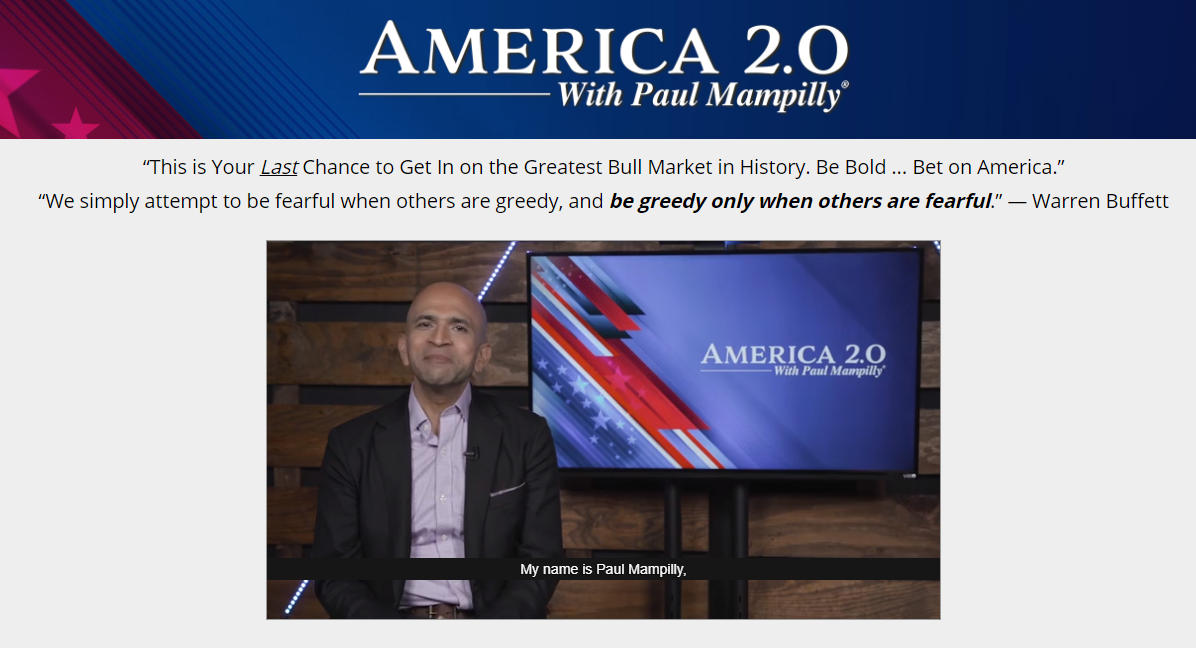 In this presentation investor Paul Mampilly sat down with John Daily and did an interview about this America 2.0 opportunity.

Paul claims that his message isn't something you'll hear on mainstream media and that those left behind "could see absolute financial devastation".

Besides being a tricky salesman, he is currently an editor at Banyan Hill Publishing where he provides investment newsletter services so that people can follow along with his stock recommendations.

Before all of this his background is actually pretty darn impressive. He had worked on Wall Street for over 25 years, managed multi-billion dollar hedge funds, had a great record during the 2008 recession and more.

Right now with this "America 2.0" pitch he claims that this could be one of his biggest recommendations ever, and talks about "stocks that could surge over 1,000%".

That said, some of what we are told and shown is a bit concerning..

Not only is this opportunity hyped-up way too much, in my opinion, but some of what was shown in the video presentation I watched was FAKE.

The testimonials from people Paul claims made larges amounts of money from his recommendations - fake. Below is one of these fake testimonials... 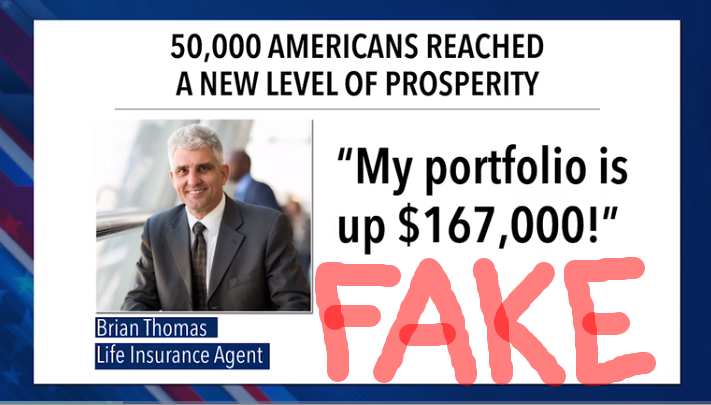 And here you can see the same image on a stock photo website, which means that it's nothing more than a stock photo that anyone can purchase and use online... 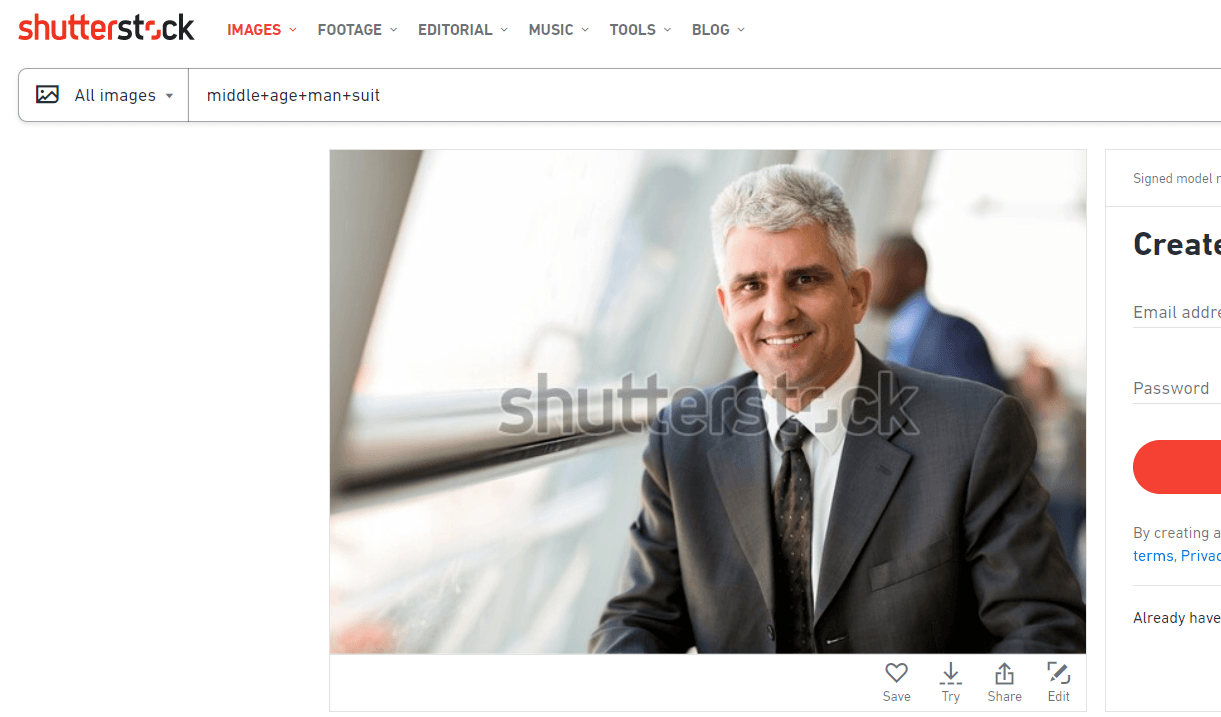 Back to some of the claims he made...

He goes over some charts and compares what we are seeing now with past economic booms, such as the Golden Age and the Boomer Age... 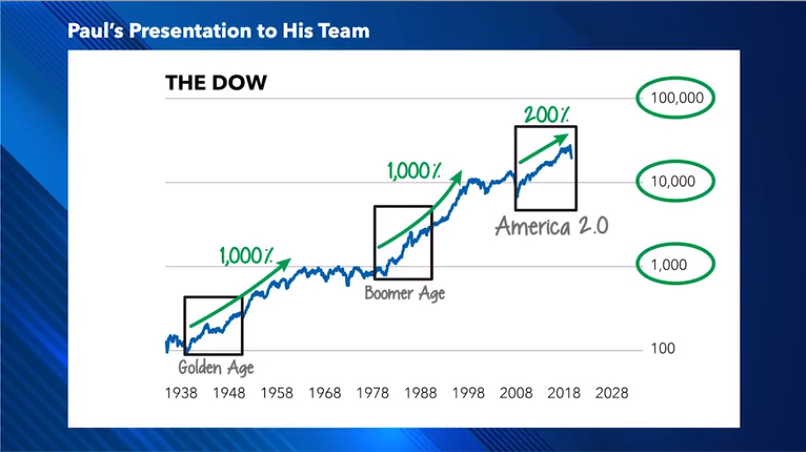 Mampilly thinks that we are at the beginning of another boom, and this one much bigger than the last, stating that it will be the "biggest economic boom in history".

And, of course, he has one particular stock pick in mind that can help you get in on this boom.

We are told that this stock:

How do you get your hands on this stock?

He provides all the information in a special report titled "My No. 1 Stock", and also provides another report titled "The Blacklist", which goes over popular stocks he thinks you should avoid like the plague... 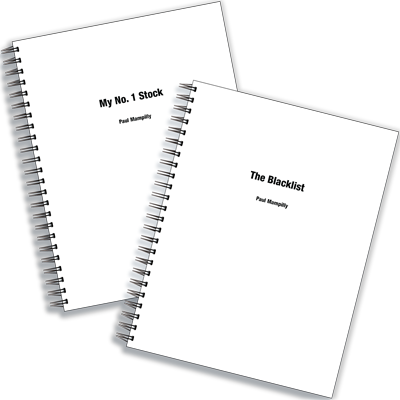 HOWEVER, in order to get these reports you first must become a paying subscriber to Paul Mampilly's Profits Unlimited investment advisory service, which is the same tricky sales tactic he used with his "endless energy" teaser.

This service only costs $47/yr for the most basic subscription and provides members with stock recommendations and market analyses on a regular basis... but of course you'd just rather know what Paul's "No. 1 Stock" is for free... am I right?

The good news: I'll be exposing what stock he's teasing.

Let's first talk about what this "America 2.0" is in the first place though...

"America 2.0" is just a term that Paul Mampilly made-up for referring to the economic boom that he predicts is coming, which he believes will be bigger than the Golden Age and the Boomer Age combined.

According to Mampilly, this new economic boom will be driven by 2 things: technological innovation and younger Americans using these new technologies more and more, which makes perfect sense.

The industries he thinks will see the largest growth include newcomers like AI, 5G, renewable energy, 3D printing, robotics, etc.... and this "No. 1 stock" pick is in one of these industries, which we'll go over now...

What Stock Is He Teasing?

Luckily he provided enough clues for me to piece this whole thing together.

Some of the better clues that he tells us about this stock that he thinks could "surge 1,000%" include:

So what is it that's being teased here?

Well, the hints really aren't all that great, but I was able to find a match after doing a fair amount or research and digging around.

All things point to 3D Systems Corporation, which is a company that manufactures and sells 3D printing, which also makes sense with what he said about this company disrupting many of the manufacturing industries.

One thing that you have to keep in mind when viewing investment teasers like this "America 2.0" presentation is that they always end in sales pitches... which often means that the information provided is over-hyped and makes things sound better than they really are.

Paul Mampilly thinks this stock will "surge 1,000%", but other analysts haven't made predictions even close to this amount. The highest predictions from analysts at CNN Business aren't even over 100% for the next 12 months, and other Wall Street analysts' predictions are similar.

That said, these analysts almost never predict massive growth... this usually requires too much speculation, and they aren't in the business of speculating.

It's possible that this stock could rise 1,000%. After all, it is in a rapidly growing industry and is positioned well... but there is just no good way to speculate whether or not it will increase 1,000%, and even if it would, how long would that take?

And there you have it. Now you don't have to buy into his newsletter just to find out what he's teasing.

Let me us know what you think about his stock pick in the comment section below. Do you think it will "surge 1,000%"?