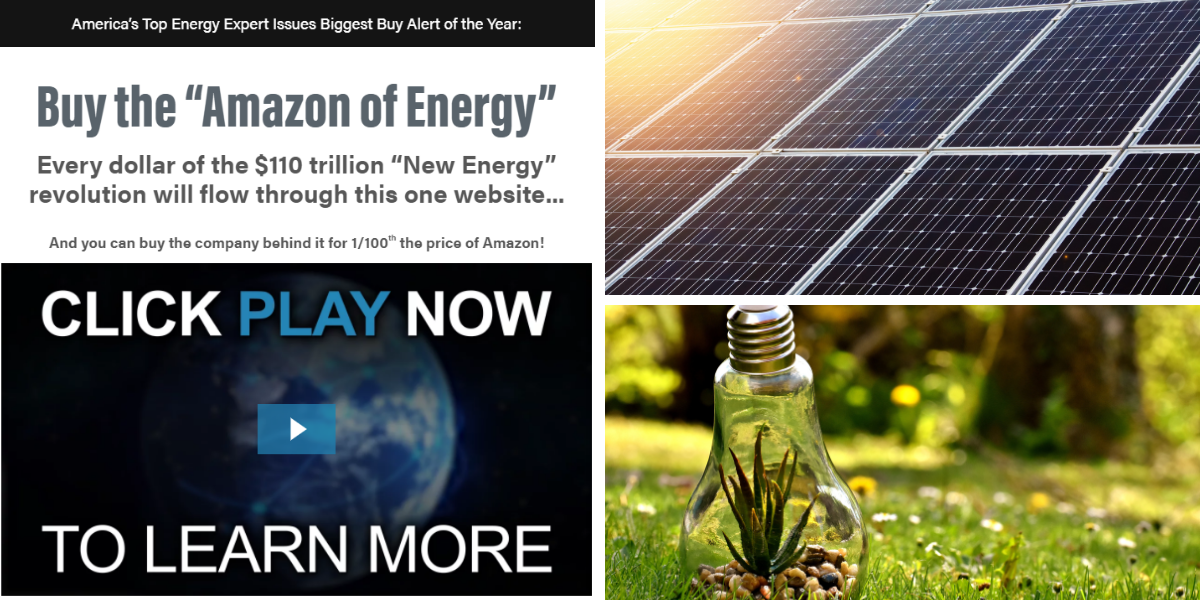 Amazon is one of, if not THE most frequent name brought up these days whenever a new company is marketed as being the next big thing, with hyped claims of incredible profits and an outstanding opportunity for investors if they “get in now”.

In one of his latest marketing pitches, author Nick Hodge sticks to this script by teasing a company that is supposed to pave the way to being able to purchase energy directly via a decentralized platform. In his own words, Hodge believes this company has the potential of becoming the “Amazon of energy”, let’s see if the hype really is real this time around.

Hodge starts his pitch by saying that “every dollar of the $110 trillion ‘New Energy’ revolution will flow through this one website… and you can buy the company behind it for 1/100th the price of Amazon”. 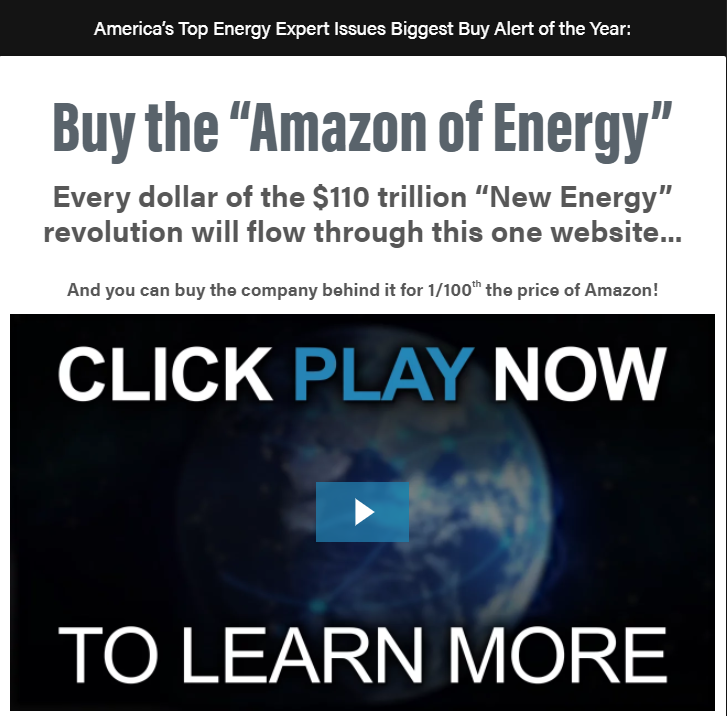 Nick Hodge is a publisher and author, having authored Energy Investing For Dummies and co-authored the bestselling title: Investing in Renewable Energy: Making Money on Green Chip Stocks. In addition to the Foundational Profits newsletter, Nick is also the co-owner of the Resource Stock Digest.

What Nick is talking about is a new type of technology that allows energy to become a tradeable commodity – “through this technology energy becomes a tradeable good like any other and you could perform energy transactions as simply buying or selling a product on Amazon”.  Furthermore, “it’s powered by a technology called ‘MEMS’ that’s used to direct virtual power plants” and then refers to this tech as “a total digitization of energy”.

In other words, this new stock the author is teasing will likely change the way energy is traded and allow individuals and small suppliers to enter a market that has been long ruled by the biggest financial institutions in the world. His perspective is that any energy producer, no matter if it’s a battery maker, a household, or a small business will be able to sell its energy surplus on a free market with the help of a revolutionary technology that can be adopted around the world.

According to the author, “it’s the biggest growth of new energy use in history…even bigger than the invention of the light bulb”. Moreover, “The Amazon of Energy virtual power plant that I’m showing you today is the future of decentralized and cheap electricity”.  We have covered some of Nick’s work here in the past, such as his #1 Gold Stock and Crypto 66 teaser. This one is a bit different and hones in on his bread and butter, which is energy investing, so lets see what he is serving up.

The hype Nick Hodge creates around this particular company is only an elaborate way to get you to subscribe to one of his more affordable investment newsletters, Foundational Profits, for $99 per year. 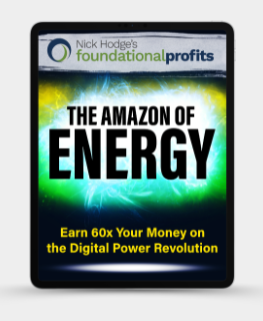 Apart from the regular reports and that come with the subscription, the author also claims that he will mention the name and the ticker symbol of this energy company in a special report named “The Amazon of Energy: Earn 60X Your Money on the Digital Power Revolution”.

What in the World is The “Amazon of Energy”?

The author hints at a revolutionary way of using energy that will allow everyone, both individual and corporate, to join a free-trading platform to buy and sell energy anytime, from anywhere.

The great advantage is that the customer will always find the cheapest prices and will not be legally bonded to any long-term contract and additional costs. Moreover, since most household owners can start using green energy, they will be able to stock their surplus and later trade it for the price they want, which means zero waste and cheaper costs.

According to Hodge, there are three primary drivers of this energy revolution:

Revealing The “Amazon of Energy” Stock

Throughout the presentation, the author has left enough details for us to formulate an educated guess on the stock he’s teasing. Let’s take a look at the hints provided.

Based on these details, we think the company Nick teases here is Sunrun (Nasdaq: RUN), which was originally founded in 2007 and is “an American provider of residential solar panels and home batteries” per its website. Here are some tells which match the points above:

Sunrun’s creative “solar-as-a-service” business model that has unlocked access to clean, affordable energy directly from residential rooftops is gaining traction and with more and more countries, jurisdictions, and businesses looking to reduce their carbon footprints and jump on the ESG (environmental, social and governance) investing bandwagon, the trend is decidedly in its favor.

Given this momentum and strong support from analysts, one would think that its stock would be doing better than the near 40% drop it has seen since the start of the year. Unfortunately, its underlying business fundamentals do not look all that much better, as we can see thanks to Value Spreadsheet’s Premium Stock Analysis Spreadsheet 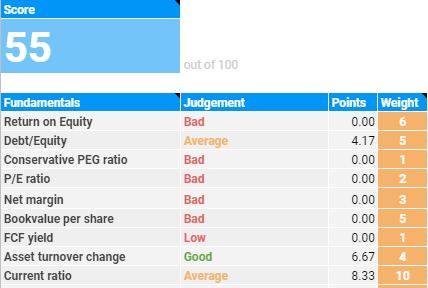 Since price is what you pay, but value is what you get. We can comfortably say that you wouldn’t be getting much value from Sunrun at its currently prevailing market price. This could change if a MUCH lower entry point materializes, but wake us up when/if it does.