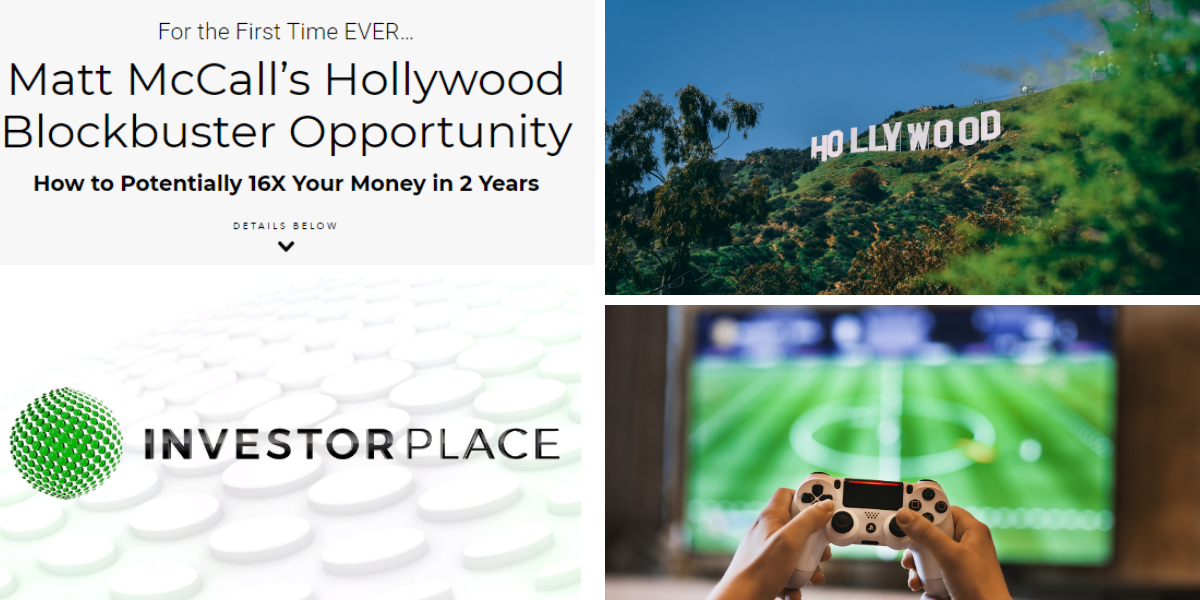 How would you like to make over 1,500% by investing in something that “is NOT a stock market investment of any kind”? According to InvestorPlace’s Matt McCall, this opportunity “has nothing to do with stocks, bonds or any other traditional investment”. In Matt McCall’s Hollywood Blockbuster Opportunity, he proposes something that he says has been overlooked for ages, which he deems a “Hollywood royalty investment”, specially designed for wealthy private investors, directors, and actors.

If you want to learn more about this opportunity, McCall’s investment newsletter program, Private Deal Club, for $3,499 per year. Included, you will receive two special reports, out of which one is the one he teases in his Hollywood Blockbuster marketing call, entitled “Getting Rich From Hollywood’s Next Blockbuster Franchise”, as well as quarterly conference calls, video series, two bonuses, and others. For those who don’t care to spend that chunk of money on one investment newsletter, we are going to tell you everything we were able to find out about the opportunity being teased, for free. 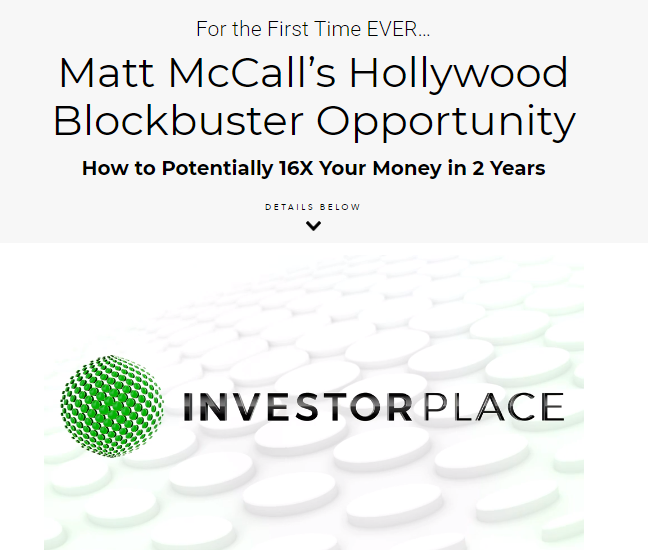 Matt McCall is the founder and President of Penn Financial Group, an investment advisory company serving both institutional and individual clients. He travels extensively to find out about the latest investment opportunities around the globe and has made a name for himself thanks to his quality finance advice.

Over the past ten years, McCall has mainly focused on individual stocks and exchange-traded funds (ETFs), becoming one of the first analysts to provide expertise in both fields. The author is known across Wall Street for his extensive technical analysis expertise, as well as his insightful chart analysis that leads to precise buy and sell points. Matt McCall is also the author of multiple investment-focused newsletters and, across them, claims that more than 80% of his recommendations since 2015 have proven profitable for his subscribers.

McCall teases the opportunity to invest in a new “blockbuster franchise”. He claims this is “a chance to make Hollywood history … while earning a huge amount of money”. To make things more convincing, he starts by saying that “Hollywood films are one of the highest performing investments in recent history – gains of 8X, 9X, even 21x… sometimes in as little as a few years”.

So, the first tip that we receive from McCall is that this investment opportunity is in the film and entertainment space, which may not be everyone’s cup of tea, especially short-term speculators who are looking for easy profits by getting in and out of trades in a few days, weeks or a  few months top. Although we have been seeing more teasers for alternative investments as of late: Buffett’s #1 Private Investment and Bitcoin Master Class.

This description fits what the author is teasing here, which is a royalty stream or residuals – a cut of the revenue a Hollywood movie or franchise produces. McCall mentions that “investors could end up doing even better than 1,500% from this deal.”

According to him, “over $2 billion is paid out in film royalties every year… and today you have the opportunity to tap into a similar type of income stream”. What was once only available to private Hollywood investors, producers, and big name actors before, could potentially become a part of smaller investor’s portfolios, thanks to this opportunity presented by McCall.  The best way to make residuals is to invest in a movie franchise – think Star Wars, Harry Potter or the Marvel Universe, with the author saying he has the perfect one ready. It is a franchise in the making, with the first movie released back in 2018 and directed by none other than Steven Spielberg.

With a quick online search, you can identify the movie franchise he is talking about as “Ready Player One”, a Sci-Fi action adventure whose action takes place in the year 2045. The first movie was received with great enthusiasm by the genre’s fans and critics, and was even nominated for an Oscar award. The Warner Bros. Pictures studio now envisions turning the movie into a franchise, with a sequel, Ready Player Two already greenlighted.

The movie is based on the 2011 #1 best-selling novel of American author Ernest Cline and the producers are not only thinking about a sequel but possibly about an entirely new universe, which could lead to multiple sequels and spin-offs being released over the next several years.

The Royalty Stream Being Teased

We now know that the primary point of interest of McCall’s marketing newsletter is not the movie itself but the potential new world it can lead to if the movie is successfully turned into a franchise. He goes on to talk about “Hollywood’s secret business model” which is based on merchandise rights.

In other words, McCall is talking about a gaming company that has the potential of turning any movie into a video game. So far this teaser has taken a few twists and turns, for the first part of his marketing newsletter, McCall talks about the great potential of investing in Hollywood movies, especially in royalties and residuals. Then he mentions merchandise rights and now he is set on a gaming company that might or might not be interested in buying the rights to turn a movie that might or might not become a franchise into a successful video game. Bear with us while we get to the bottom of this conundrum.

Putting all these clues together, we think that the company Matt McCall may be talking about is: Westwood Studios, which was acquired by Electronic Arts (NASDAQ: EA).

Is EA A Good Opportunity?

The opportunity behind McCall’s marketing newsletter is becoming a private investor in a successful video game company and receiving checks twice a year through a method called revenue sharing. But since that private company is now very likely part of a larger public company, we have the option of in-directly owning a part of it.

I have some specialized insight to pass on here, as a devoted player of Electronic Arts’ sports titles such as Madden and the now defunct NBA Live franchise since 1994 and 1995 respectively. I can tell you that EA Sports has gone from making and releasing over 20 annual sports titles (franchises) to just four currently…and the overall quality of those four has dropped considerably over time as well.

Granted, EA Sports is just one division of the behemoth that is Electronic Arts. But apart from The Sims video game franchise, FIFA and Madden are EA’s two best selling titles and while they hold exclusive licenses to produce both, this may not be the case for much longer since there is considerable pressure on EA to deliver with its next generation Playstation 5 releases.

Looking at EA’s stock, it is currently valued at a high P/E of 27x earnings with an annual dividend of less than 1%. There are higher quality, better priced opportunities out there.

Have you ever invested in a private music, film or other royalty stream? Any avid video game players out there? Let us know in the comments section below.