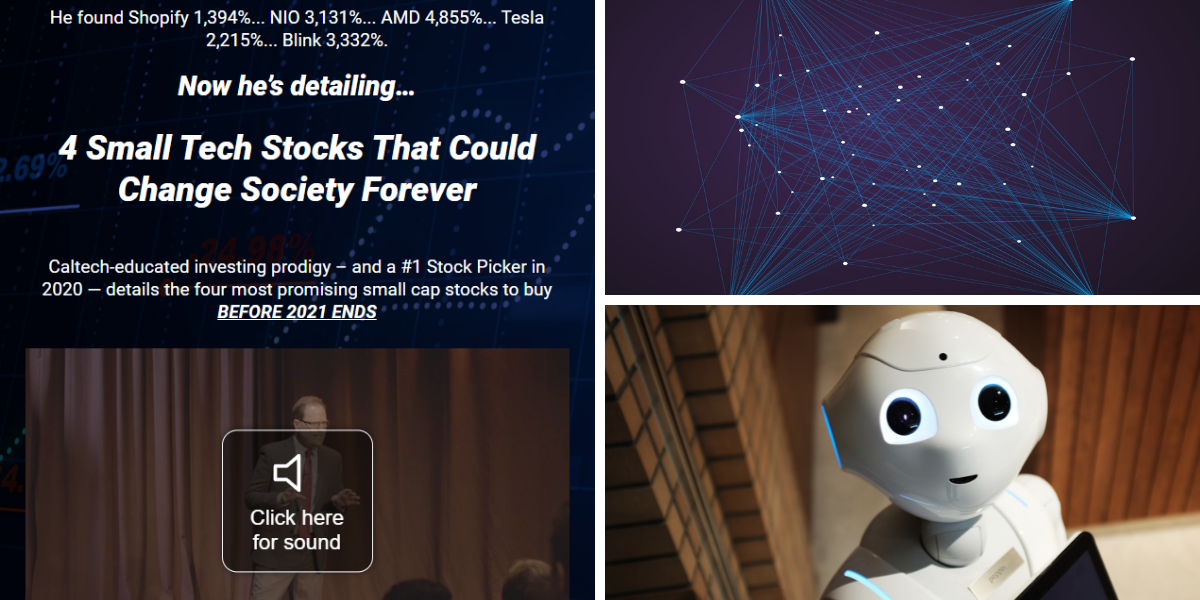 2020 #1 ranked stock picker Luke Lango states that 1,700 new American millionaires were minted everyday in 2016. But last year, this number exploded to more than 4,657 new daily millionaires. This is all thanks to something called “The Quickening”.

Luke says this is likely the biggest opportunity we’ll ever see to build great wealth in a short time period and he’s identified “4 tech stocks that could change society forever” to put us on the fast track.

If host Paul Ghiringhelli is to be believed, Luke has forecasted everything from the rise of mobile payments to in-home streaming services to the meteoric rise of meme stock Gamestop, before just about anybody else. 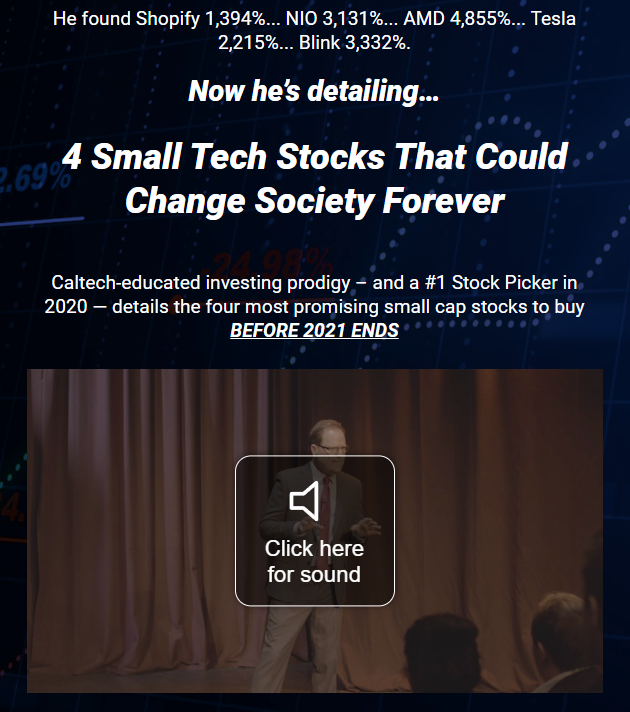 Luke Lango is a growth-focused equities investor and a senior investment analyst for InvestorPlace. Luke was named a top 1% stock picker according to TipRanks — a community of more than 15,000 financial experts. Luke also actively explores opportunities in the venture capital and startup technology world. We have covered plenty of futuristic technology presentations here, including Chris Rowe’s “Tech Boom 2.0 Stocks” and Ian Kings’ No. 1 Fintech Stock, among others.

According to the prophet Luke, we are at a pivotal moment in American history. One with an enormous transformation happening to our society. In the past, people had to wait years and years, sometimes even decades to grow their wealth by any meaningful amount and many investors assume that is still true. But Luke says a new phenomenon unfolding right now is allowing ordinary people to achieve new wealth at unprecedented speed.

We’ve seen this get rich quick, instantly multiply your wealth pitch before…often with disastrous end results. Is this time really different? It would be, if not for a technological phenomenon which has recently made its way onto the world stage. This phenomenon is largely responsible for the more than 4,657 new millionaires minted per day in 2020.

As we all have noticed, over the past few years nearly every aspect of our daily lives has been transformed by new technology. For example, instead of keeping a costly set of encyclopedias on hand, we look things up in seconds with Google. Instead of carrying around bulky cameras, we take digital pictures with our phones. Instead of going through the time-consuming process of calling hotels to check rates and availability, we can do that in seconds on travel sites like Expedia, same goes for shopping, instead of driving to department stores and waiting in line, we shop from the comforts of our home and get deliveries directly to our door.

Such changes mean millionaires are being minted at the fastest rates in recorded history, with companies driving this “Exponential Technological Progress” amply rewarding early investors. Today, Luke is going to tell us all about four companies that are changing society next.

In order to find out more, we will have to become members of Luke’s Innovation Investor newsletter, which will give us access to a special research report called: The Quickening: 4 Tech Stocks That Could Change Society Forever, containing the info we are after.

A membership will also get us twelve regular monthly issues of the newsletter, another special report entitled Portfolio Destroyers: 25 Ticking Time Bombs to Sell Now, as well as Luke’s VC Insider’s Millionaire Playbook, which contains info on several key “advanced” strategies for uncovering the next high-growth superstar stocks of tomorrow.

What the Heck is “The Quickening”?

Luke calls the historic “speeding up” of change in our world “The Quickening”. But as incredible as the last 10 years have been, they are nothing compared to what lies ahead. 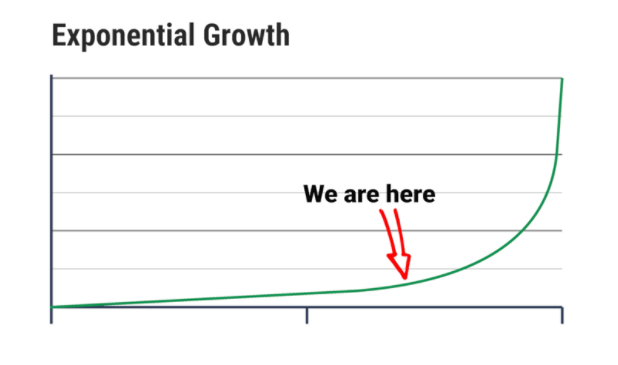 We are about to enter the fastest, most disruptive period of technological progress, with Luke saying to mark his words that: “The next few years will be the greatest period ever to be a technology investor”. There will be more disruption in the next 10 years than in the previous 50 years combined. Given everything that has transpired since the beginning of 2020, there is little doubt about this.

Converging technologies like 5G, artificial intelligence, driverless cars, augmented reality, blockchain and some other stuff is completely reshaping our world and allowing some people who understand and recognize this change the chance to grow rich faster than ever before. Out of chaos will come order and millionaires being minted at the fastest rate in history.

This is where “a remarkable opportunity” to get in early on several amazing young technology companies comes into play…think early Facebook, Netflix, Amazon and Google. The secret to identifying such opportunities is “The network effect”.

The network effect occurs when each new user of a service or a product increases the value of that service or product in an exponential way. Let’s use Facebook as an example, back in 2004, Facebook was an obscure website with few users. But with every new user, Facebook became more valuable as a business, as its social network’s value increased, its new sign-ups also increased. This self-reinforcing cycle that exploited the power of the network effect created one of the most valuable companies in history, worth hundreds of billions of dollars today.

Thanks to exponential progress, interconnectivity, and increased computing power, the rate at which companies can build up valuable networks is speeding up. Meaning there are still plenty of opportunities to capitalize on this powerful force. Let’s find out what some of these are.

The 4 Tech Stocks That Could Change Society Forever

There’s quite a bit to cover here, so lets get straight to some of the clues Luke drops for us:

Given this decidedly limited amount of information, here is what our sleuthing was able to come up with:

As for the other two stock being teased by Luke, we came up blank on the online game/experience network and the only thing fitting the “Netflix of live sports” description is DAZN, which as of this writing is still a privately-held company, that is only considering a future IPO.

Investing in early-stage publicly-traded technology companies isn’t all that different from investing in startups like venture capitalists. As you might already be able to guess, venture capital success rates are quite low. With up to 75% of venture-backed startups never returning any cash to their equity investors.

Put another way, early-stage investing is similar to baseball in that one home run out of every three at-bats will get you into the hall of fame. Given such long odds, a basket of promising early-stage companies seems like the most sensible approach…something which the most successful VC’s broadly practice, cutting checks to dozens of companies in any given year. With plenty of low-cost tech index’s and ETF’s abounding, employing such a strategy is now easier than ever before.

Are there any other “hot” tech stocks on your radar? What do you see as some of the next big trends in the broad technology space? Let us know in the comment section below.