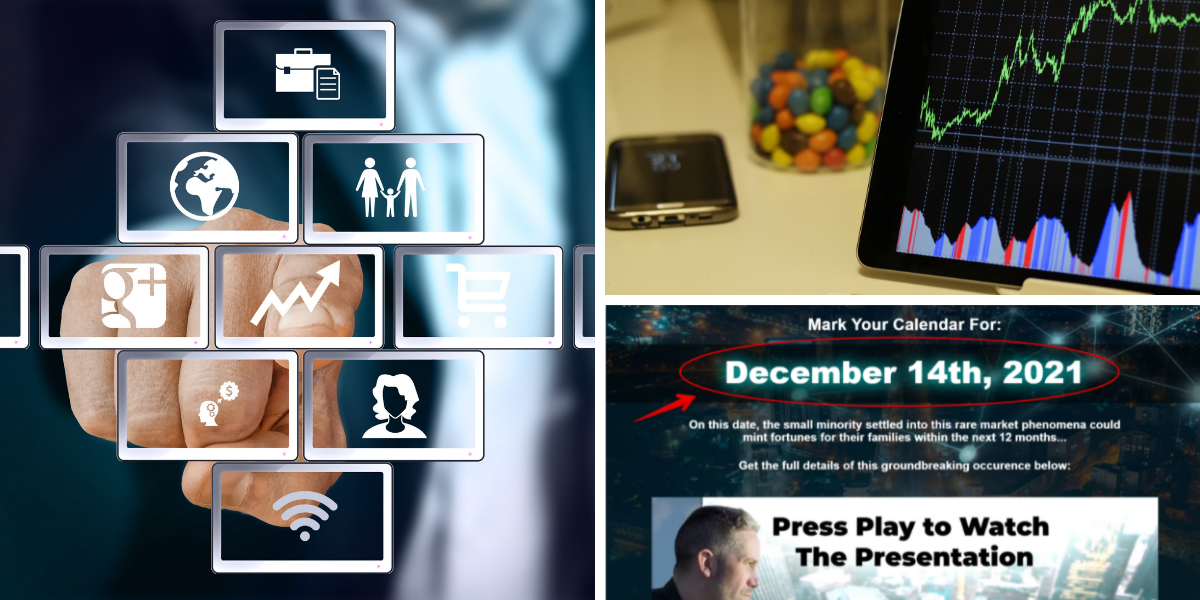 “On Tuesday, December 14th,2021… for the first time in 21 years… Millions of Americans, including you, are destined to experience a once-in-a-lifetime moment to collect the biggest gains they may ever see in their lifetime”.

This is the equivalent of turning a $5,000 investment into a $1.44 million dollar fortune and how our presentation by multi-millionaire investor and so-called Wall Street legend Chris Rowe begins. Do :those who make the right moves now, before December 14th stand to make a lot of money” or is this mere fiction? Let’s find out.

Chris says our timing in this instance “couldn’t be better” and we’re instantly drawn right in, as admittedly this has never been this case, but perhaps our fortunes are looking up. 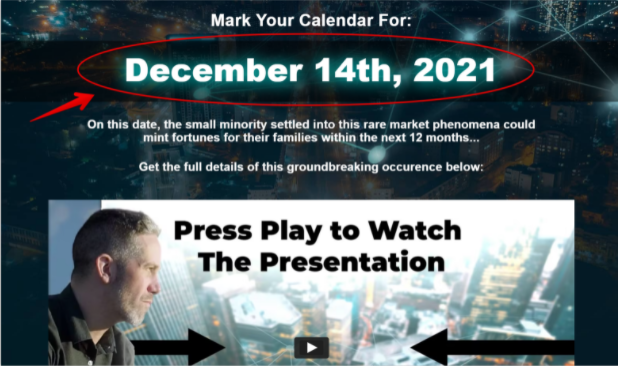 Chris Rowe has been working in the financial services industry since 1995, holding various senior positions at money management and investment banking firms where he served high-net worth and institutional investors. He is also the founder of True Market Insiders and the CIO of Rowe Wealth Management, a registered investment advisory firm. We have covered plenty of other opportunistic tech presentations here in the past, including George Gilder’s Tech Trends Crystal Ball and Jeff Brown’s “Tech Lag” Stocks, among others.

Despite the recent coronavirus pandemic and all the news coverage about political crises and the trade war with China, behind the scenes, Chris says a massive wealth shift is happening in technology stocks that he believes will mint more millionaires than any other time in American history. As evidence of this, he points to the Nasdaq’s 73% ascent since March of this year: 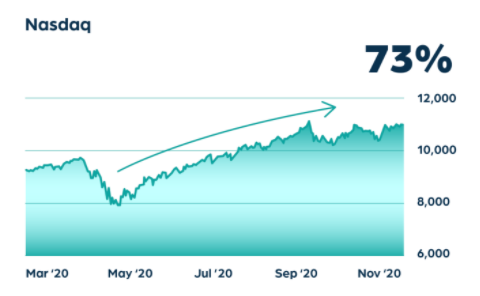 According to our presenter, we have never seen the tech market move this fast before, but that this is just the beginning. Thanks to the convergence of “three important economic triggers” which we’ll apparently discover today, certain tech stocks are going to skyrocket just like they did during the dot com boom in the 1990s.

This is what this presentation is all about, hence the name “America’s tech boom 2.0.” Now it goes without saying, that IF we can capture just a tiny fraction of such gains, our lives would dramatically change. After all, the right investment made at the right time makes all the difference as Chris assures us, but that last part about ‘the right time’ is the single most elusive facet of investing – akin to spotting a snow leopard in its natural habitat, a true rarity.

To his credit Chris does delve into some stock market history, saying the same triggers are happening right now as occurred in the 1990’s tech boom, where every day Americans got rich for just pennies on the dollar. These are why on December 14th, 2021, we could see the biggest stock buying frenzy in U.S. history and Chris is going to reveal the exact stock name’s and ticker symbols of how we can be on the right side of this event.

But before he gets a chance to breakdown the 3 stocks that are set to surge, we will need to sign up to a “special dossier” entitled “3 Tiny Stocks Set to Soar from America’s Tech Boom 2.0″. This will cost us $79 and comes with an assortment of other features. 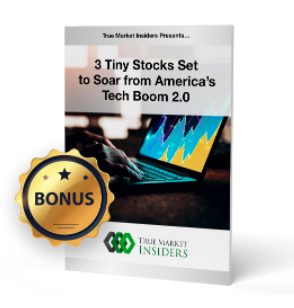 These features include “The Easiest Way To Collect Double-Digit Returns Every Single Month” Exclusive Report, another special report “The Five Stocks Set To Skyrocket In A Post-Covid Economy.” and a One-Year Membership to Sector Focus, which is a monthly newsletter.

What are the 3 “Bulletproof” Economic Triggers Driving Tech Stocks Higher?

As a millionaire who made his fortune on wall street during the first tech boom in the 1990s, Chris Rowe is uniquely qualified to give us the “backroom” information on what is really happening in the market today.

He believes the convergence of three economic triggers will mint more millionaires in the next couple years than any other time in modern history. Let’s start from the top:

Now that we understand some of the factors behind “tech boom 2.0” and what is setting the stage to push valuations even higher, lets find out the exact tech-disruptors to invest in so you can get in early and hopefully walk away with a fortune in the coming weeks and months.

These will be among the small handful of tiny tech stocks that will soar from the convergence of the 3 aforementioned economic triggers on December 14th.

Based on these extremely limited sets of clues we weren’t able to unearth any of the stocks Chris casually mentions in his presentation, but we what we can do is assess the economic triggers and the presumed December 14th mega-event that is supposed to take these stock through the roof and give investors life-changing returns.

Before we can answer this question, we must know exactly what is due to happen on December 14th? According to Chris, it will be the announcement of additional rounds of money-printing, which could trigger a buying frenzy in the stock market like we’ve never seen before. However, it should be noted that this date has been getting pushed back further and further by Chris, as November 2nd (which has come and gone) was one of the original dates we ‘had to get in by’ in an earlier iteration of the presentation.

First, we can say by looking at past stimulus, quantitative easing, money printing announcements that such events tend to historically raise all boats (stocks) and all broad market indexes along with them. In fact, the last time a fresh round of money-printing was announced, this is what happened the very next day:

And these are just one day gains! While past success is no indication of future performance, as the old cautionary adage goes, it is a wise teacher of what COULD happen. We would put the probability of this occurring as moderate to high, given the pull back from rates hikes and other counterbalancing measures.

As for the other “economic triggers” we can say for certain that market alternatives always exist – physical gold, silver, real estate, and other non-market correlated investments such as music and other royalties come to mind.

Are you already fully invested in the market? Where do you see it going from here? Up, down, coasting? Let us know in the comment section below.