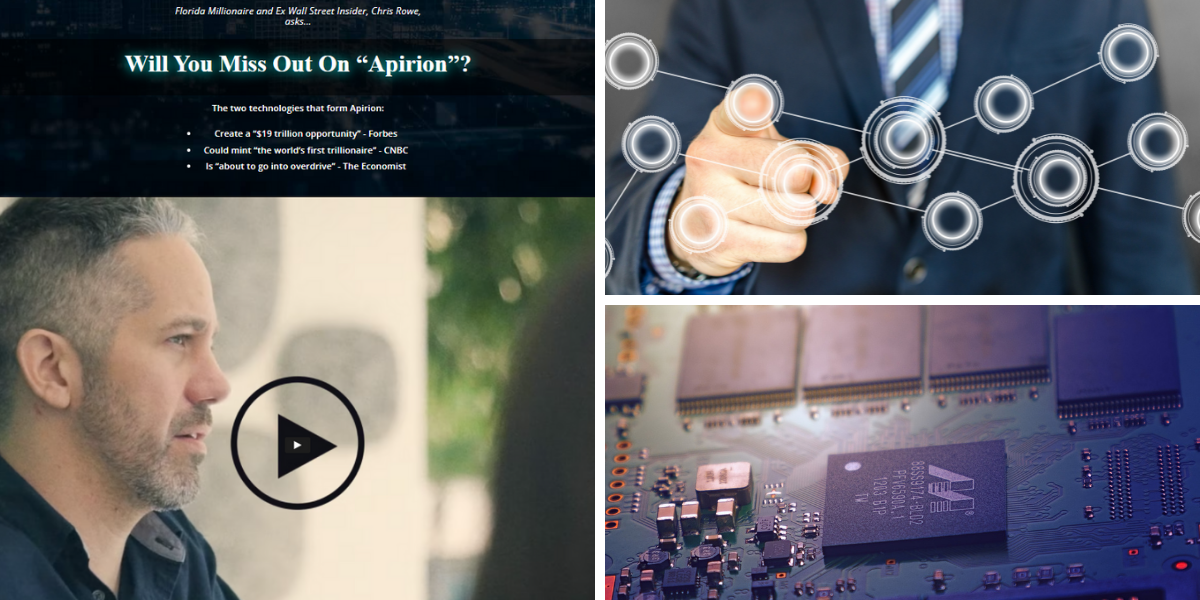 Florida Millionaire and Ex Wall Street Insider Chris Rowe is confident that a pair of new technologies he’s identified “are the biggest revolution since the invention of the internet”.

He calls them “Apirion” and they are a convergence of AI and IoT technology, which is unleashing a new era of innovation and wealth for early investors who pay attention.

Just like the internet has ever since it went mainstream in the 90’s and early 2000’s. Pretty soon, from the time we wake up until the moment we go to sleep, our commute, the way we work, how we shop, nearly every part of how the world operates will be impacted by the fusion of these two technologies. 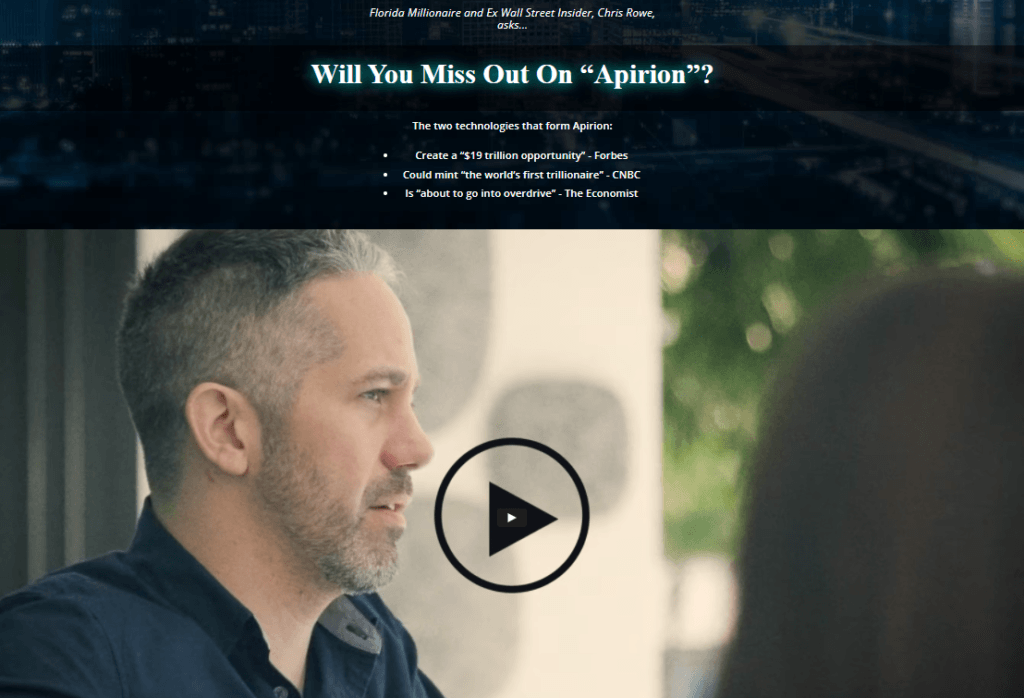 Chris Rowe has worked in the financial services industry since 1995, where he held various senior positions at money management and investment banking firms, before founding True Market Insiders. Chris is also currently the CIO of Rowe Wealth Management, a registered investment advisory firm. We have covered plenty of forward-looking presentations here before, including most recently, Luke Lango’s “4 Tech Stocks That Could Change Society Forever” and Chris Rowe’s “Tech Boom 2.0 Stocks”.

When we add together the global artificial intelligence market, which was valued at USD $62 billion in 2020 and the global Internet of Things (IoT) market of USD $309 billion as of last year, we get a pair of fast growing (40% and 23% respectively) markets that are already worth more than a quarter of a trillion dollars. Against this backdrop, its easy to see why Wall Street powerhouses, such as Fidelity, Blackrock, and Vanguard Group have quietly piled into these spaces, to the tune of more than $27 billion.

But do these figures make actual sense or are these just two more overhyped, overvalued segments of the broader technology space? Here are some practical benefits for those asking the same question:

Chris says he’s going to show us the exact stock names and tickers symbols for some of his personal favorite buys, as these markets kick into overdrive.

To get the scoop on what these are, a subscription to the Sector Focus investment newsletter is required. This will cost you $79, more than 70% off the regular price of $336, with a 60-day money-back guarantee.

This offer includes the The Apirion Trilogy: Three Stocks To Ride Every Angle Of Apirion’s Explosive Growth special report containing Chris’ picks, a bonus report – “The Easiest Way To Collect Double-Digit Returns Every Single Month”, 24/7 member’s only access, and other exclusives.

What in the World is Apirion?

Referring to the two technologies behind Apirion, this wouldn’t be the first time two or more existing ideas or technologies merged together to create something new…and wildly profitable.

Take the exact moment advertising converged with the internet on October 27th, 1994, spawning the $360 billion online advertising market in the process. Or when the inkjet printer merged with 3D modeling software to create 3D Printing, which is democratizing manufacturing as we know it. Such breakthroughs have unsurprisingly created large rewards for investors that were able to get in early, like more than 1,500% on DoubleClick stock back in 1998: 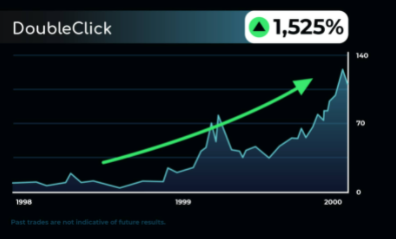 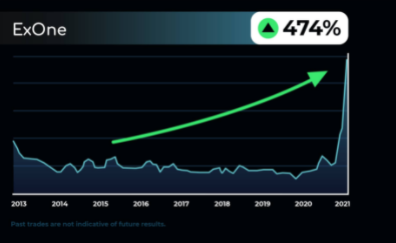 Today, a new set of technologies are converging. Apirion, meaning “Boundless” or “Infinite” is the combination of the Internet of Things, which is a vast network of objects in our physical world connected to the internet and Artificial Intelligence (AI), which has been described as “the science and engineering of making intelligent machines, especially intelligent computer programs”.

The theory goes that through AI’s machine learning capabilities IoT devices can understand, learn from, and make complex decisions, just like we can, but much faster. Moreover, it can do so 24/7, in real-time, constantly evolving and alerting us when needed.

The impact this will have on businesses and society at large will create massive wealth-building potential for those invested in the right companies. To add some additional context, according to Bloomberg and a study from PwC, AI will help inject an estimated $15.7 trillion dollars into the global GDP by 2030, with half of this expected to come from increased production across different industries. There’s no question that Apirion is set to be a force, which could create “life-changing wealth, even with a modest investment” according to Chris.

Let’s find out the exact stock names and ticker symbols of some of Chris’ favorite buys.

Based on the above set of clues, here are the most plausible answers:

Are any of these companies likely to return the kind of triple digit gains Chris mentions earlier in this presentation?

Explosive Growth or More of the Same?

Chris talks about “Apirion reaching its tipping point”, which indicates that there will be an ideal entry point to maximize each trade’s profit potential. Without this info or the specialized expertise to read stock charts and identify, simply purchasing into either of Asensus, NVE or Qualcomm, isn’t very likely to yield above-average returns over the short/mid-term.

The first two are not profitable on an earnings or cash flow basis and the latter (Qualcomm) is a large multinational that is already valued at $196 billion, meaning it takes a heck of a lot to significantly move the needle. If you’re asking us, this is more of the same and we would purchase a broad ETF or low-cost index fund that owns a wide selection of IoT and AI stocks for the best long-term results. Admittedly, this isn’t a sexy strategy, but what’s sexier than time-tested profits?

Do you already own IoT or AI stocks? What do you foresee will be the biggest beneficiary of these technologies? Let us know your thoughts in the comment section below.