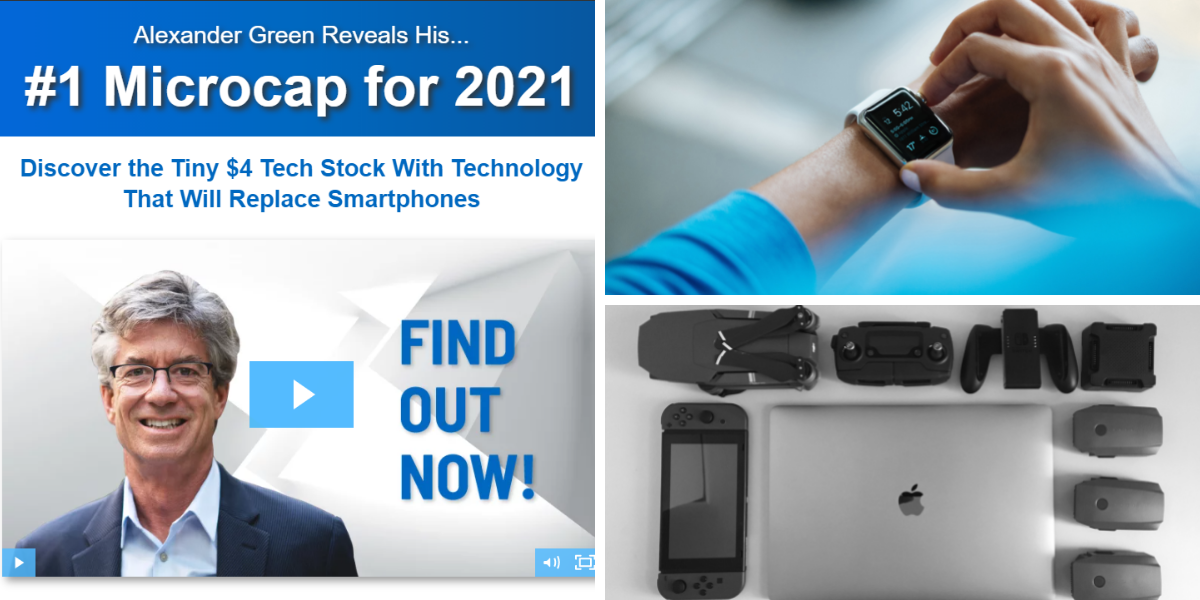 What Alex is referring to here is a “$4 stock and its new technology that will replace smartphones”. He says that “it’s an almost completely unknown tech stock trading for around $4 per share”. So let’s take a closer look at the teaser and see if we can identify the company Green is hinting at.

What Green mentions from the beginning is that the company he’s referring to is a microcap and he goes on to talk about a series of rules an investor should follow to find the best microcaps in each industry. Given that there are thousands of potentially profitable, overlooked, and underappreciated companies out there, investors need to be diligent and pay close attention if they are to nab some of the best deals in the market today. 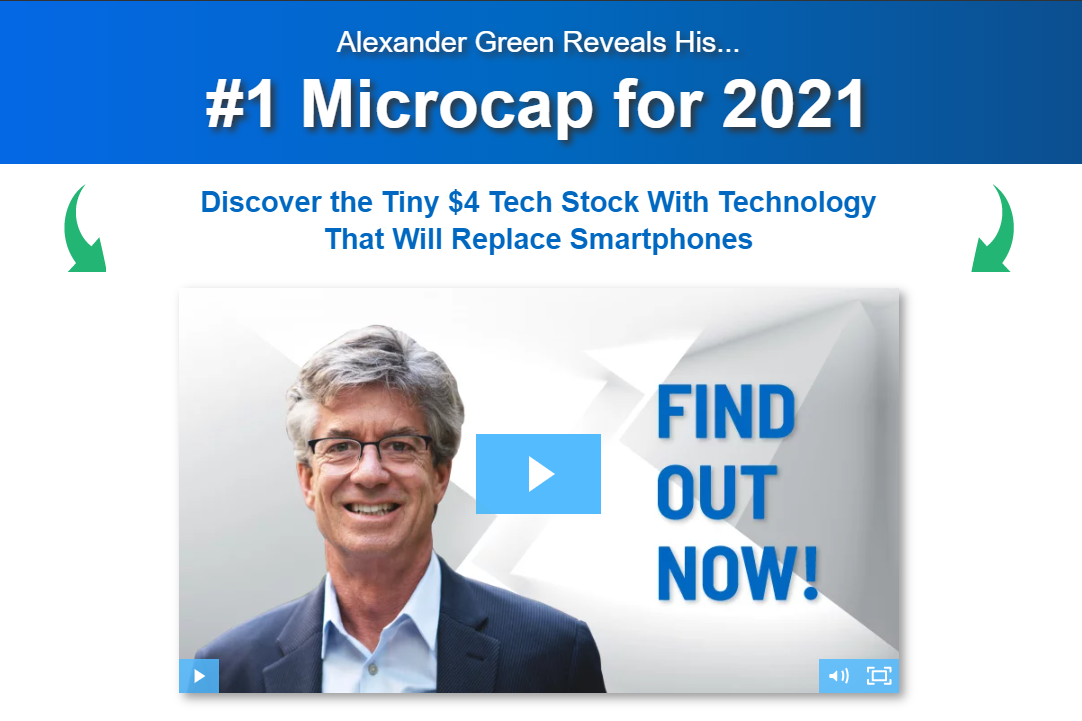 For those of you who aren’t familiar with Alexander Green’s work, he is The Oxford Club’s Chief Investment Strategist and is considered to have one of the top performing investment letters in the country over the past 15 years. He is also the author of four national bestsellers and counts a wide community of investment enthusiasts as loyal subscribers.

As for the teaser itself, the author talks about an ever-growing industry, that is a combination of the beauty and healthcare sectors, therefore the microcap he is presenting has a product “aimed at a massive market”.  However, the teaser newsletter is at least one year old and was first marketed as the “#1 Microcap for 2020”. Nothing major changed in the pitch since it first launched last year, so we’re not talking about a brand new company discovered by Green. We have covered several of Alex’s more lively teasers here in the past, including his #1 Stock in America and The Single Stock Retirement Plan.

This particular pitch is a little different and is in the form of an interview held by Corrina Sullivan, who says at that ‘microcaps are far less covered by Wall Street and the media. So if you can find them, you can get a big advantage”, which is true in my own experience and refreshing to hear for a change.

To find out the exact name and ticker symbol of the company Green teases, you have to subscribe to his investment newsletter, the Oxford Microcap Trader for $1,975 per year or $2,975 for a two-year subscription.

Included, you will receive monthly updates, access to original research and Alex’s current investment portfolio, you will even receive an alert whenever it’s time to close out a position. You will also receive two additional reports, weekly email updates, along with other assorted bonuses.

If you find the subscription sticker price a bit much, here is what we were able to uncover for you, absolutely free.

What Is The Microcap Market?

Green talks about a particular microcap stock that is both disruptive and can bring you big profits over the short-term. The “microcap” term generally applies to all publicly traded companies with a market capitalization of under $300 million, regardless of the exchange they are listed on or the industry they conduct their operations in.

Alex says that he has developed some rules that have helped him uncover some of the best microcaps in the world and invest in them before Wall Street analysts and major investment funds come poking around. Here are Alex’s rules in all their glory:

The first rule of determining whether a microcap is worth investing your money into is to take a look at the company’s financials and verify if it has at least three consecutive quarters of revenue/sales growth.

He says that you should “think of book value as the net worth of a company. It’s assets minus all liabilities”. Based on how big a company’s market cap is, it can easily trade at 30-40x its book value, which is often the case for widely held mega-caps like Netflix, Tesla, and Apple. The good thing about this particular microcap that Green is teasing is that “it actually trades at just two times book value. In other words, it’s about as cheap as they come”.

Here, the author says is referring to a business whose profits have doubled in size before Wall Street began to take notice to it. He explains: “The big Wall Street players are quietly building up multi-million-dollar positions in this tiny microcap”.

So, what is the exact market Green is targeting with this new investment opportunity? We are talking about a cross between medicine, beauty, tech, and healthcare here, which he says is set to account for trillions of dollars in new products and services over the coming decade.

Before moving forward and providing more hints about the microcap pitched by Green, we would like to remind you that this company has been teased before, by the same author, about a year ago, in a different newsletter. The essence of the newsletter remains the same, and little has changed for the revised 2021 pitch. Let’s start with the most relevant arguments the author offers:

Based on all this information, we think the company being teased here is Chinese wearables maker Huami. Here is why:

On its website, Zepp describes itself as a cloud-based healthcare services provider with world-leading smart wearable technology. This is a crowded space with only moderate margins given the inherent competition.

Our ever-handy Value Spreadsheet analysis tell us that the business’ underlying economics are decent: 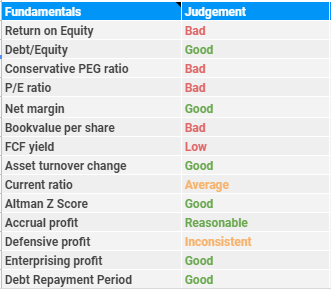 But nothing to get too excited about. We tend to agree with this assessment, that Huami/Zepp has built up a business which should continue to bring in profits over the short/mid-term. Its future however is very much up in the air, given the ever-changing nature of its multiple lines of business and indeed the very existence of Chinese-based businesses continuing to be listed on domestic U.S. stock exchanges, with the possibility of de-listings currently up in the air.

What do you think about foreign-based, but domestically listed companies? Do you own any or do you prefer homegrown microcaps and other stocks? Let us know what you think in the comment section below.