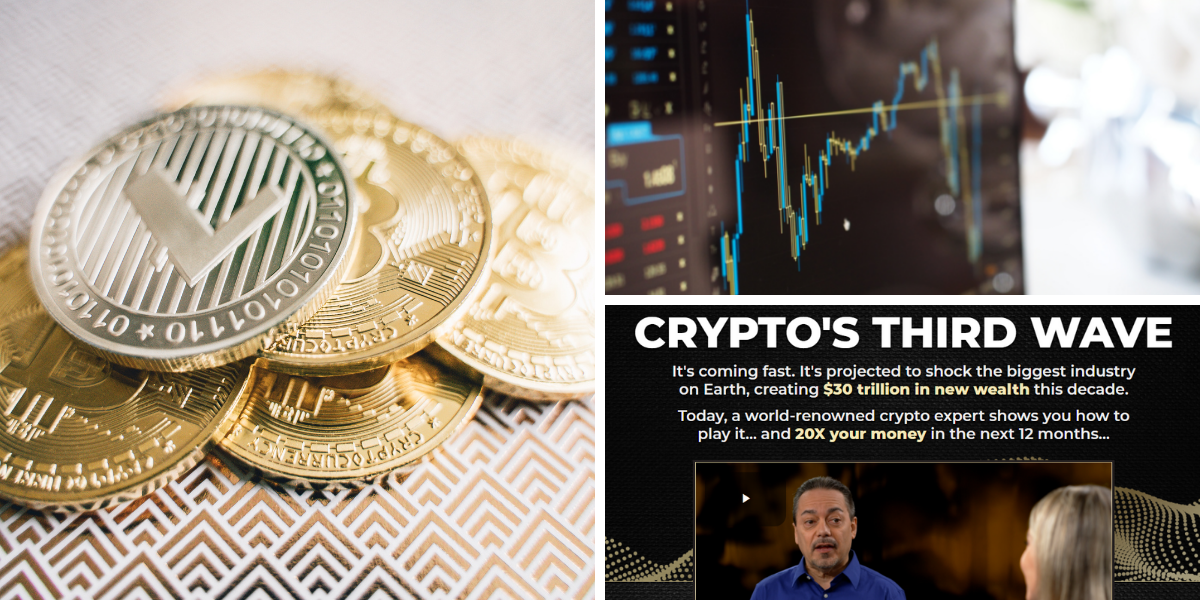 What’s coming next is projected to shock the biggest industry on Earth, creating $30 trillion in new wealth this decade. What we’re talking about here is “Crypto’s Third Wave”.

Today, world-renowned crypto expert Tom Gentile will show us how it will play out and also how to make 20x our money in the next 12 months. Let’s get right into it.

Our gracious host Schuyler Morris from Money Morning Live introduces us to the S-Curve, which is commonly used to identify emerging technologies on the verge of mass adoption. It looks like this: 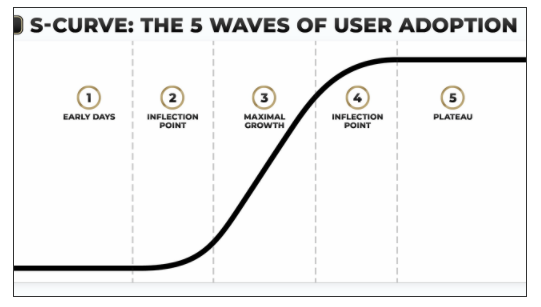 Tom Gentile is a swing or pattern trader who analyzes the markets to identify strong trends he can ride to profits. In 2009, Tom sold Optionetics to one of the largest discount brokers in the world for millions of dollars and ever since then, he has dedicated his career to teaching people how to trade. Tom’s presentations have been a staple here in the past, as we have covered his “Surge Strike” Opportunities and “Four-Day Profit Cycle”, here in the past.

Getting back to the S-Curve, as you can see from the image above, the third wave is where the most money is made. Tom believes that we are now about to see just such a third wave unfold in cryptocurrency, which is what his presentation is all about, in addition to three specific crypto investments, which we will reveal later on.

To be sure, we aren’t talking about Bitcoin, Ethereum or another popular coin here, this is about little-known coin(s) you can get in on for just a few dollars. Given the current state of the crypto market and in particular the fact that Bitcoin is now bigger than all but three of the world’s currencies and also larger than 99% of the companies listed on the U.S. stock market, it is hard to fathom that crypto as a whole has not reached its inflection point or plateau yet. But this is exactly what Tom is saying – “the third wave is going to make everything that’s happened so far seem puny by comparison”.

Crypto is truly one of the only things in recorded history that minted new millionaires almost overnight and this is supposedly only through the first two waves.

If we want to find out the names of the three third wave coins in question, we will have to subscribe to the Microcurrency Trader investment newsletter. This apparently retails for $5,000 per year, but Tom assures that he is “offering a major discount” to those that subscribe now. 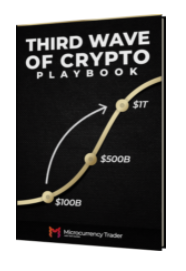 A subscription will get us access to the Third Wave of Crypto Playbook which contains the three coin recommendations, a daily brief every morning, buy and sell alerts, and a weekly watchlist among other benefits.

What in the World is The Third Wave of Crypto?

The third wave is all about driving crypto towards mass adoption, not just in the U.S., but around the world as well. We’re talking about billions of people here, which would make third wave coins skyrocket like nothing we’ve ever seen before.

Tom thinks the catalyst for this mass adoption will be a new crypto technology that lets people anywhere borrow, lend, save, and insure, all based on rules they make themselves. It’s the next generation of smart contracts.

What Tom is talking about here is a decentralized financial system or DeFi (Decentralized Finance) for short and it could flip the financial system as we know it on its head. Picture a world where you have no buildings, no bankers, no cash, no vaults and everything is completely digitized. Today’s financial system heavily favors corporations over customers, here’s one visual example: 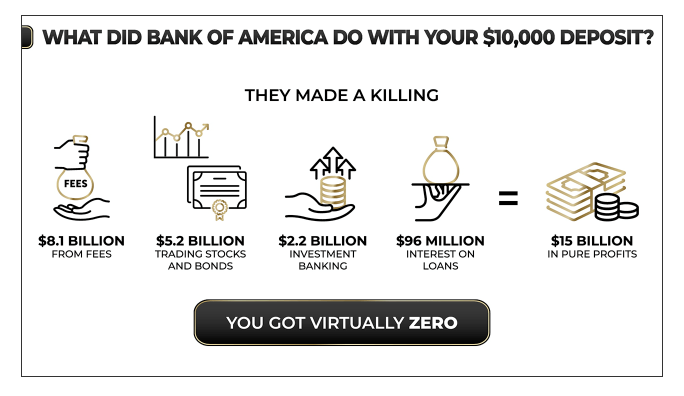 Given persistent ultra-low interest rates, you get next to nothing for your deposit. Not only this, but a part of your money may actually get blocked from being withdrawn all at once. Thus, it is easy to see why if a tangible alternative to today’s banking system existed, people would quickly adopt it.

DeFi may prove to be the answer, as for the first time in our lifetimes, there’s an alternative way people can grow their money, instead of just leaving it parked at the bank. This is what the third wave of crypto is all about…instead of the bankers making cash four ways on our money, there are four ways we can make cash on our own money!

The people agree and have begun adopting Decentralized Financial networks, despite being only a few years old, these networks already have nearly a million users, $17 billion in assets, and processed $8.2 billion in loans to date. You can deposit your Bitcoin, make up to 17% weekly on your deposit, earn Bitcoin and other cryptocurrencies, and have no withdrawal limits on your currency.

Obviously, the best part is that the market controls everything. All is based on actual supply and demand, rather than a centralized entity like the Federal Reserve, this is how we can get an interest rate as high as 65%. Its also why Tom believes DeFi is going to grow by 30x again before 2030, with a few overlooked coins reaping the largest gains in the process. Let’s find out the best way to ride this wave.

Staying consistent with the overall theme of three’s, there are 3 separate coins being teased here:

Based on the info at hand, here is the most plausible answer for each coin:

Will these live up to the mega-growth expectations of our presenter?

More than 10x Your Money in 6 Months?

In the topsy-turvy crypto market, almost anything is possible. Perhaps the better question would be is it likely? The short answer to this is (surprisingly) yes!

In a world where a coin can grow from a market cap of $1.5 billion in June to more than $2.6 billion in September, fiat currencies are quickly being debased due to central bank printing, and the citizens of some countries, like Brazil are purchasing more crypto than they invest in stocks, a 10x gain in half a year is very plausible.

Do you already have a crypto coin portfolio? Do you agree that Decentralized Finance is the thing that will replace today’s fiat-based financial system? Let us know what you think in the comment section below.