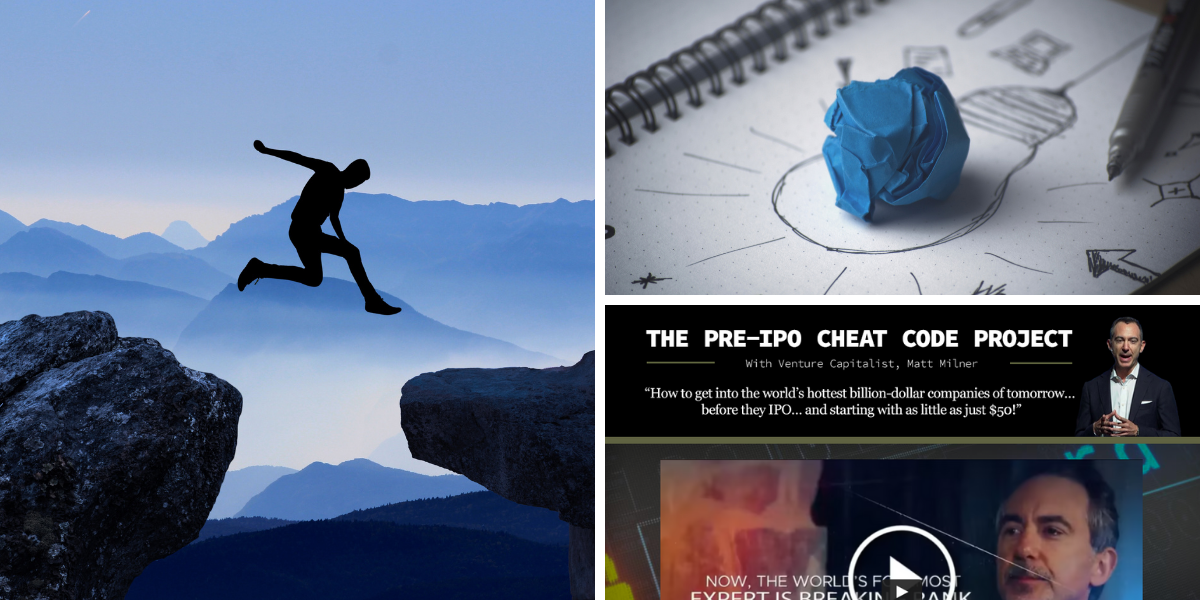 Our host Christina Lawson says that by using something called “Pre-IPO Cheat Codes”, we can get in on the world’s hottest billion-dollar start-ups of tomorrow — before they IPO. Let’s find out if this is a breakthrough or more bull.

The basis of the presentation is that special 10-digit codes are “cheat codes” to get into companies at the ground floor. While this may sound like the stuff of video games, it is very real and one man is even willing to risk his name, reputation, and his wealth to bring us inside. 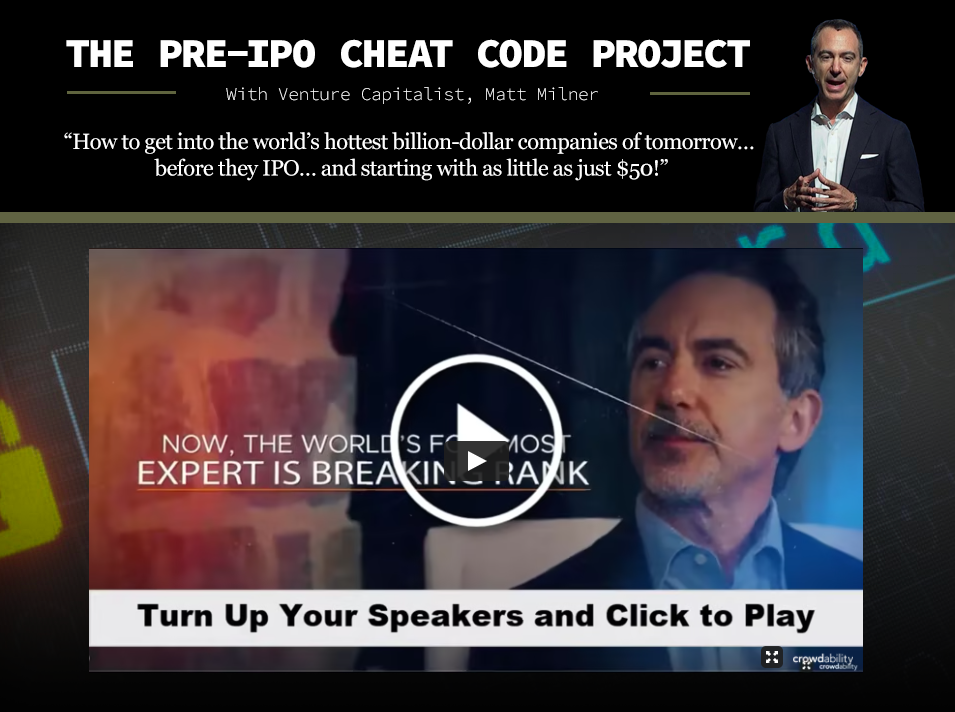 Matt Milner is the man in the Pre-IO Cheat Code presentation, co-creator of The Early-Stage Playbook, and co-founder of Crowdability, the company behind it. Matt previously worked on Wall Street and also helped start a venture fund called Collective Spark that invests in early stage technology startups. We’ve recently reviewed a few presentations along the same lines, including Jeff Siegel’s “10 Day Jackpots” and Jeff Brown’s SPAC “Pre-IPO Codes”.

Today, Matt is pulling back the curtain on one of Wall Street’s most “rigged” games, and showing us how the whole IPO process is designed for one reason and one reason only: To make insider’s richer at the expense of everyday investors like you and me.

In order to prove this is the real deal, Matt says he will share a specific cheat code for a private breakthrough biotech startup that’s changing how we treat cancer among other things. But before he does so, he sheds some more light on what “Pre-IPO Cheat Codes” are:

Twitter Inc. (NYSE: TWTR) is used as an example. On the surface, it has returned a good, but uninspiring 78% since its 2013 IPO. However, when you compare it to the return you would have received if you were able to obtain shares BEFORE its stock went public, it’s peanuts. 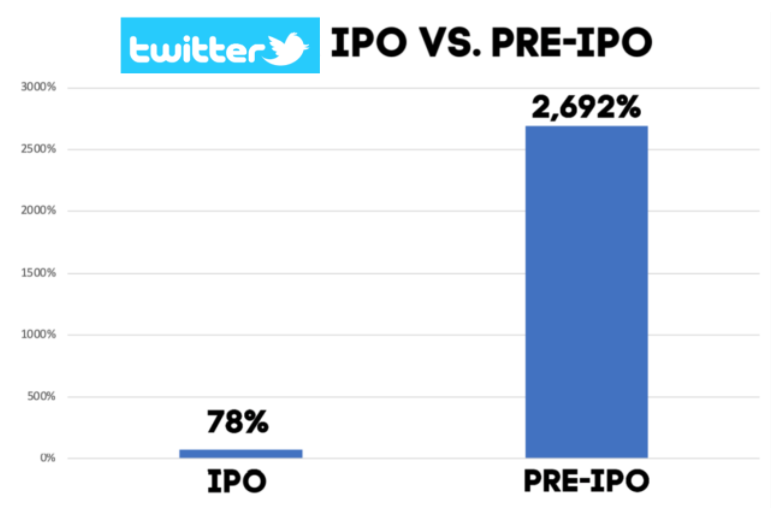 The 2,692% or 27x on our money is what Matt says happens with almost every company that goes public.

Basically, the pitch here is for Matt’s proprietary process to methodically sort through these “Pre-IPO Cheat Codes” and determine the investments with the very best chance of returning the most money. You have the option of selecting from two separate packages here: 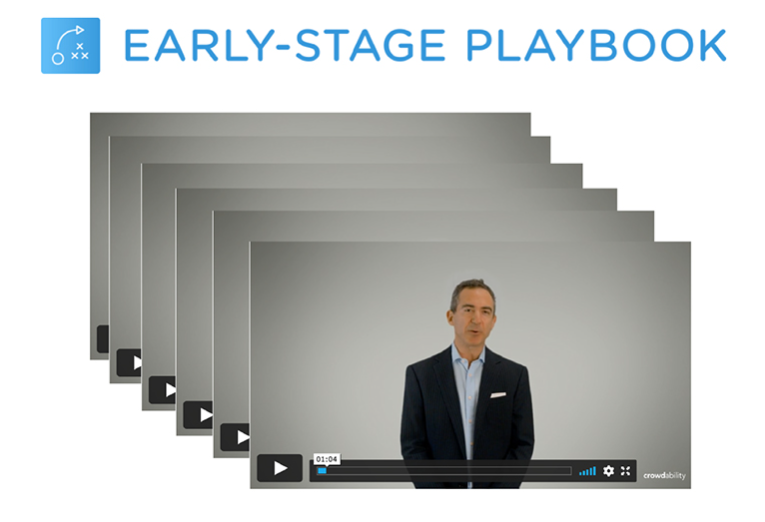 What in the World Are “Pre-IPO Cheat Codes”?

The first thing we learn is that this type of investing was previously outlawed by the Federal government for 82 years. This was due to something called the Securities Exchange Act, that was passed by Congress all the way back in 1934.

Now, everything has changed. Because we can buy into a new public company before its IPO, by which time most of its value will likely already be gone. At least according to this chart:

We can do this thanks to the Jumpstart Our Business Startups (JOBS) Act of 2012, which almost completely rewrote the rules of investing. No longer do we need to be accredited investors with a net worth of over $1 million dollars to invest in private company securities, as was formerly the case. Instead, all we need is the know-how and ability to take advantage of pre-IPO opportunities.

“Pre-IPO Cheat Code” is just Matt’s name for this strategy, in reality the Securities & Exchange Commission (SEC) calls these codes CIK Codes, which is short for Central Index Key. This code is a quick way to identify all the different SEC filings in their EDGAR database of company filings. However, what Matt seems to be hinting at here without ever actually saying it are Regulation A offerings.

Regulation A is effectively an exemption from the registration requirements, allowing companies to offer and sell their securities without having to register the offering with the SEC. This is the “back door” that enables “anyone that knows what they’re doing” to invest directly in such offerings instead of just accredited investors. These unlisted private companies who are raising money still have to file their exemption with the SEC, which is where the CIK number comes in and you can you can access the aforementioned EDGAR database in order to review the company’s offering circular and other filings related to the offering.

Early in the presentation Matt mentions a “biotech company that almost no one on Wall Street even knows exists yet” and that he’s going to share their “Pre-IPO Cheat Code” (CIK Code) with us a little later on.

Unfortunately, this never happens and what’s worse is that its just brushed aside later in the presentation by saying that “he’s doing research on about ten new potential investments” at the moment and then…nothing, just a link to subscribe via his Crowdability website. Nevertheless, we can still take a closer look at Regulation A offerings and if we can really profit from them.

The Regulation A exemption from SEC registration comes in two tiers:

The aggregate number of these mini-IPO offerings per year typically amounts to a few hundred, which will be more than the number of initial public offerings (IPOs) in any given year, with the past two years perhaps being the sole exceptions, as the amount of capital in the system has also swelled. This is a large number of opportunities to evaluate and analyze, so scarcity is not a problem.

However, the quality of companies to choose from may be. We’re talking about mostly very early-stage, pre-revenue, pre-profit businesses, which may or may not have received prior institutional backing from venture capitalists. While the businesses filing for Reg A offerings are a little more sophisticated than what you may find on Kickstarter, this is still angel investing just the same, which is one of the riskiest forms of investing there is.

It rings true that the upside may be enormous, but the chance of your investment becoming worthless is also just as likely, with more losses than wins being the rule. This type of investing should be undertaken strictly only with money you can comfortably afford to lose and spread among as many quality offerings as possible, just like professional angel investors and venture capitalists allocate their capital.

Have you ever invested in a private company? How willing are you to try out a system for investing in early-stage ventures? Let us know your thoughts in the comment section below.