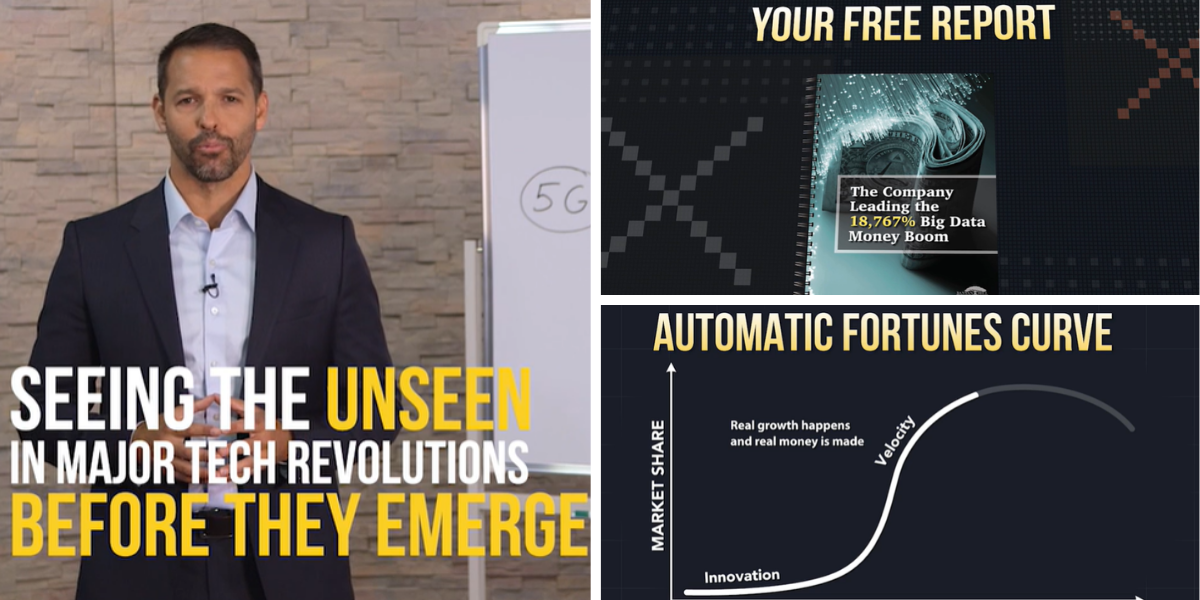 Imagine investing $100 on a company not even your friends know about. Days go by and you stop thinking about it. After a few years, you check on your portfolio and what you see stuns you. You are now $18,767 richer. Without doing much. Too good to be true?

Not for Ian King, it isn’t. In this article, we are going to dig deep and investigate the “Master Technology” stock he is promoting which he believes will spearhead the boom of an industry and profit by 18,767%.

According to former CEO Brian Krzanich, “it is the new oil”, while according to Forbes, “it will change the course of human history.

What exactly are they talking about?

The screenshot below is from the teaser I found about this topic. There could be other variations of the teasers, but this is the one I came across and will be talking about in the entire article. 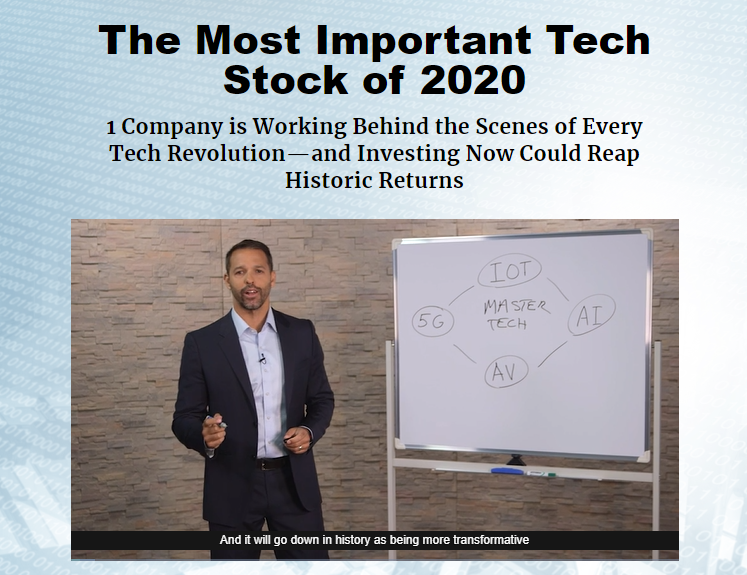 Before everything, let’s talk a little about the man behind this, Ian King. According to Banyan Hill, King is a former hedge fund manager with over two decades of experience trading and analyzing the financial markets. He had worked for Salomon Brothers, Citigroup, and Peahi Capital. He appeared in various news outlets such as Fox Business, Bloomberg, and other major networks. In 2017, he became a publisher for Banyan Hill Publishing. He is also the founder and editor of Crypto Profit Trader and Automatic Fortunes, which you will definitely read more about later.

Ian King starts his 44-minute video by teasing us about a little-known California tech firm that he says holds the key to an estimated of 18,767% of market growth. This, he assures, is guaranteed since without it, none of the other big technological advances such as 5G, internet of things (IoT), autonomous vehicles, and artificial intelligence (AI) can even exist.

The big data, or master tech as he likes to call it, is a massive digital information that could analyze trends and associations. According to King, this is a once in a lifetime investment opportunity since global output data is expected to grow up to 44 trillion gigabytes by next year, and the California-based company he is talking about is at the forefront of it all. Of course, you must act fast because this industry growth that can peak by 18,767% is already happening now and you would want to be there at the start of the velocity phase. What was that now? To understand it more, Ian showed us what he called “automatic fortunes curve”. 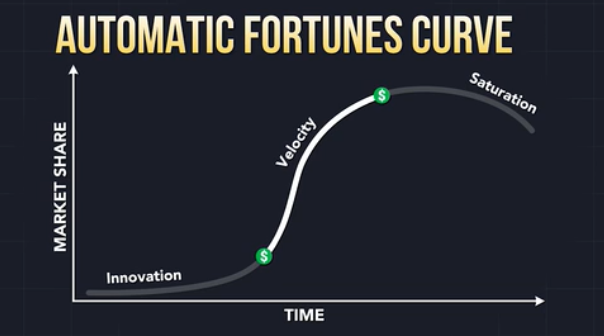 Every business has life stages, innovation, velocity, and saturation. In terms of market share, the automatic fortunes curve, as Ian King claims, is the indicator he uses in ‘knowing’, not predicting, but knowing what stock to buy, when to buy it, and when to sell it.

He claims that the master tech stock he is teasing us about is now entering the velocity phase, which is the phase when investors should enter to gain the biggest possible profits.

Now you must be so enamored with this ‘get-rich-fast’ opportunity, right? You might want to know what this is all about. Ian King totally caught our interest in this investment prospect. Get this, though. In the 44-minute video, he never mentions the company name. Why is that you ask? Because it’s already mentioned in his report, “The Company Leading the 18,767% Big Data Money Boom”. He’s not going to waste time mentioning a short company name in a video that’s just as long as a documentary episode. That’s going to spoil all the fun out of reading his free report. Getting the free report is just as easy as hearing it from Ian King anyways. NOT! Because this free report, uhm, comes with a fee. This is all about sales after all.

Before you can gain access to this report, you will have to subscribe to his newsletter, the Automatic Fortunes.

The membership fees are as follows:

But wait, there’s more! If you order now (love that line), you’ll be able to register for premium subscription for just $79! Yes, you read that right! You’ll be able to get the free report for the price of $79 only. Not $496, not even $0 (which I know is the actual amount of something labeled as “free”). 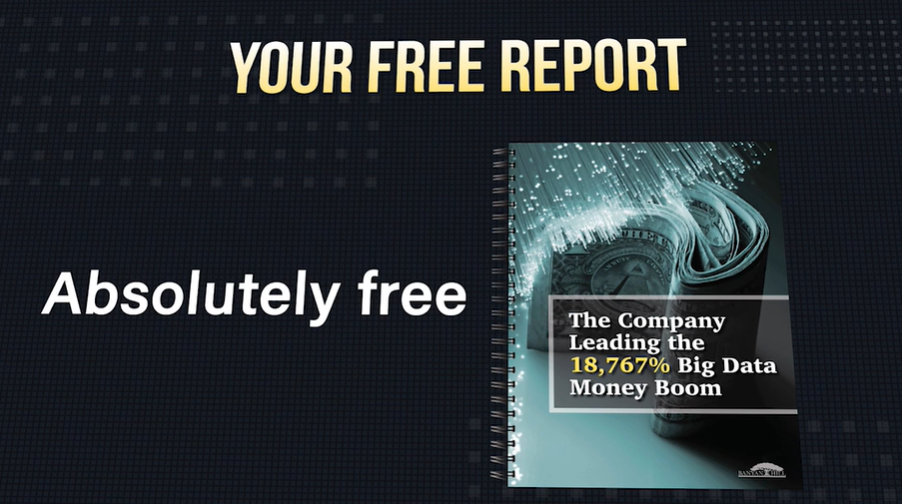 Also, before you subscribe, if you still feel the need to, always, ALWAYS, read the fine print. The subscription is priced at $79 per year, but Automatic Fortunes also has automatic renewal features. It automatically renews at $97 for one year and it also comes with auto-renew of another subscription, Total Wealth Insider, which comes with free trial when you first register, also priced at $97 for one year.

With great velocity (phase), comes great gains. In this phase, the Big Data Revolution and real profit that comes with it will occur, at least according to our very enthusiastic sales finance expert here. Big Data Revolution? I’m not going to allow losing you here, so read on.

With this revolution, a $5.3 billion industry can turn into a potential $1 trillion one.

Let’s backtrack a little bit so we understand it more.

We have big data. As we know, big data, also known as master technology, is basically digital information. This information is used for different analytics. It is necessary for almost all industries such as manufacturing, medical, finance, energy, and all the others. Information from medical records, social media, customer database, all of those are examples the big data take part in. The Economist didn’t call it “the world’s most valuable resource” for nothing. 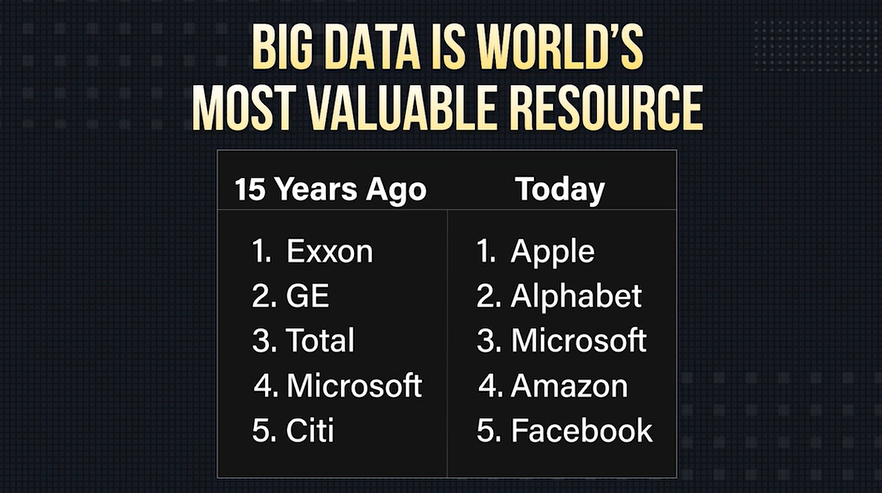 Let’s use the analogy King used here. Crude oil. Crude oil is a petroleum product at its natural state.  It cannot be used until it is refined into by-products such as gasoline and diesel. In today’s technological advancement, King claims that 80% of new data created is useless, also called as crude data, unless they are refined by analytics into what he calls digital gasoline. Now this company, which I’ll reveal in a little while apparently “cracked the code at data refining”.

Now, because of technological advancements, more and more data are being collected. However, not all of these are used. We can’t go into detail how industries can’t make use of the excess data without getting too technical, let’s just say, there is A LOT of unused data.

Thus, the data refinery. According to Scientific American, data refinery is the missing link between gathering data and extracting value from it. In King’s analogy, it’s what makes crude oil to gasoline.

It’s not a new concept though. Netflix, Google, Facebook, and Amazon are the industry leaders for this. Although, as data creation and collection steadily grow, data refinery is a promising field of business.

He calls the company “the Google for IT data”.

The Company Behind It

In the teaser, several clues were given by King that lets out very small bits of information about the company he is promoting. This company, he claims, can have the data that takes weeks to analyze understood in minutes:

There’s not much information from the teaser, but from my investigation, the company being teased is, drum roll, please… Splunk.

So overall, is it a good company to invest in?

Splunk has a good standing in the industry. And though its growth has slowed down a bit, from a 41.9% revenue growth in 2019 to just 23.3% in 2020, it continues to expand and increase its customer base. All I can say is that there is potential.

Just a reminder, teasers are almost always over-hyped. Always do your own research before anything else.