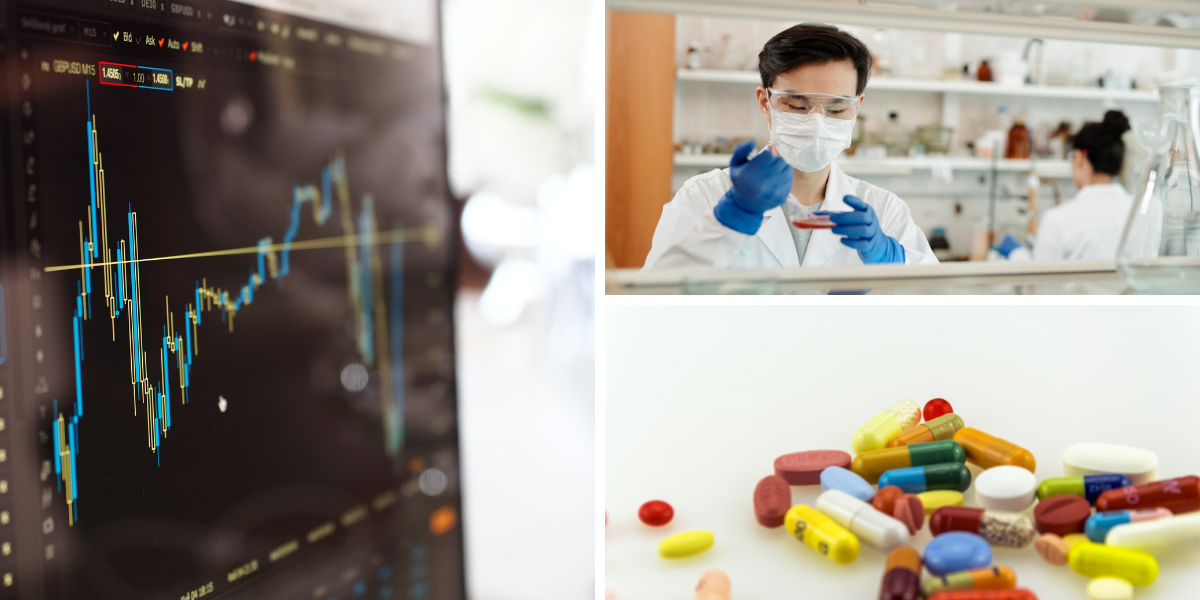 What would you do with your first million dollars? Jeff Siegel suggests you shouldn’t spend it all in one place and that you will soon be rich enough to make such a choice and afford everything you ever dreamed of, but only if you follow his investment tips. With such high claims, you would assume he’s holding the secret of immortality in his pocket or something, and you wouldn’t be too far from the truth, at least according to him.

In his latest marketing pitch for a “Day Zero” Anti-Aging Stock, Siegel teases a remarkable event that will be revealed on October 11th, 2020, that will change the world as we know it for good and that is bigger than anything else you have experienced. In his words, “this event will be very, very good” and “could make you very, very rich.” 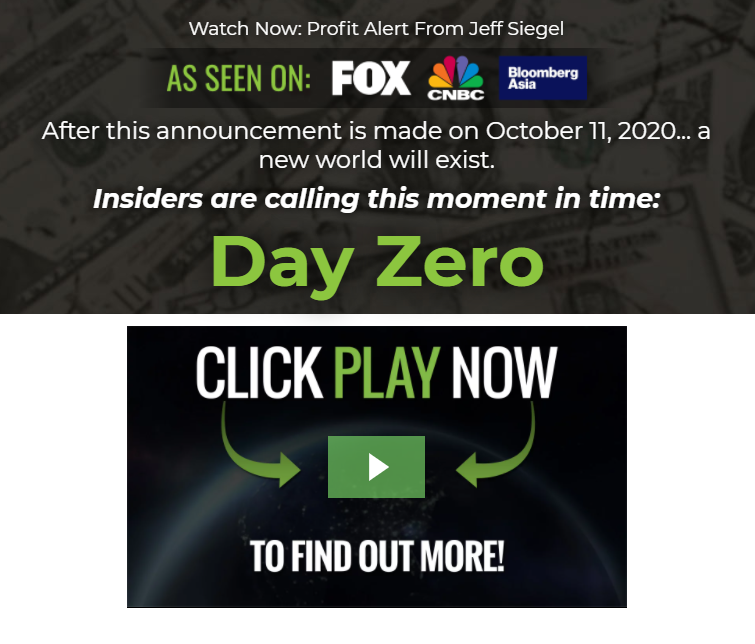 Before getting into more details about the stock being teased and its legitimacy, we should mention that Siegel is no different than any other investment analyst pitching his newsletter subscription, called “Green Chip Stocks” for $99 per year. There is another option available for $249 per year that offers weekly updates, private research tips, and direct support for those who are “ready to take their investments to the next level.”

If your wallet is going through difficult times and you’re not ready to throw away your cash every time a financial “guru” is pitching the next big thing, you’re in luck. Based on the tips provided by the newsletter we managed to identify the stock teased by Siegel in his “Day Zero” Report and we’re going to reveal it for you for free in the next paragraphs. But first, let’s take a closer look at Jeff Siegel to see if he’s worth the hype.

The Person Behind It

This isn’t the first time we have reviewed a Jeff Siegel teaser – see Jeff Seigel’s Magic Molecule Companies, so regular readers already know a couple of things about him from our previous articles. For those of you who are new here or maybe are not that familiar with the financial world, Siegel is an American publisher, financial writer, and musician altogether.

He is the author of the bestseller Investing in Renewable Energy: Making Money on Green Chip Stocks and he’s known for pitching various companies in the renewable energy sector as well as other “green” businesses.

He has a vast experience in the field of renewable energy and also took a particular interest in legal cannabis investing, urging his clients to invest in a series of cannabis-related stocks as early as 2018. He is also the one running the website Green Chip Stocks and the author of a newsletter by the same name. Siegel is known for his numerous TV appearances on shows hosted on CNBC, Fox, and Bloomberg Asia.

Siegel is an avid supporter of green companies and biotech stocks, which is why he launched the “Day Zero” marketing newsletter claiming that “a company executive will step to the podium and make an announcement so stunning…” to urge you to subscribe to his program and become part of an elite “invitation-only meeting of the world’s most connected and influential people”, all for $99.

However, before we plunge deep into the company he’s pitching, let’s take a look at the bigger picture. Siegel promises that his latest company pick dubbed the anti-aging stock is on the verge of a medical breakthrough that will change the way we treat the elderly, having positive effects on various age-related diseases and conditions, including Parkinson’s, dementia, and Alzheimer’s disease.

And, who wouldn’t want to live for as long as possible? Unfortunately, medical breakthroughs don’t happen overnight, and investing in biotech stocks could take years before you see any type of return. Of course, there is also an entire graveyard of case studies in which the drugs or experimental treatments created by these biotech companies are not be approved by the FDA, even after years of clinical studies and millions upon millions of dollars spent on research.

Overall, investing in biotech stocks shouldn’t be your first choice as an investor or maybe even your second or third choice since such developmental stage companies can take years or even decades to develop, as we have detailed in the past – see Jeff Yastine’s “The $5 Biotech Stock Revolutionizing Health Care”.

What is this Biotech Company?

Siegel disclosed the main area of interest of the company teased right from the title of the newsletter, the anti-aging stock. However, this narrows down the list to thousands of potential companies, so let’s see what else he throws in to help us identify the exact company he is pitching.

Jeff’s newsletter is known for going light on the clues, but this time we were able to identify the company being teased as resTORbio (Nasdaq: TORC), which was teased by other authors back in 2018. Marc Lichtenfeld compared it to a “fountain of youth” as early as September 2018, which means resTORbio has been under the microscope for a while now. Here is what lead us to this conclusion:

As you can see, there was enough information teased in the marketing newsletter to identify resTORbio as the candidate Siegel mentioned, without having to pay the $99 yearly subscription. Currently, resTORbio’s stock is hovering around the $2-3 dollar mark, which is significantly less than the $7 per share it was selling for back in 2018.

Is It a Good opportunity?

As we mentioned earlier in the article, we have our reservations when it comes to investing our money in a biotech company in general, not resTORbio in particular. It will certainly not make you rich overnight, which means you may have to wait several years until receiving the desired returns, if any at all.

As with most other biotech companies, it can take at least 6-7 years for all their trials and experiments on new drugs to complete, and another year or more to get the FDA approval once they decide on a winning drug or medicine. At this rate, even if you do strike it rich you may end up telling your grandchildren how they received their trust fund, so you shouldn’t expect to pay any of your debts or become a millionaire anytime soon.

However, this doesn’t mean that investments in biotech stocks are all duds. Some of them do have the potential to dramatically change the way we live our lives now, which could lead to significant earnings in the long term. Whether or not Siegel’s anti-aging stock resTORbio is one of those gems only time will tell.

What is your opinion on biotech stocks? Does resTORbio have the potential of becoming a leader in its medical field? Let us know your opinions in the comments below.